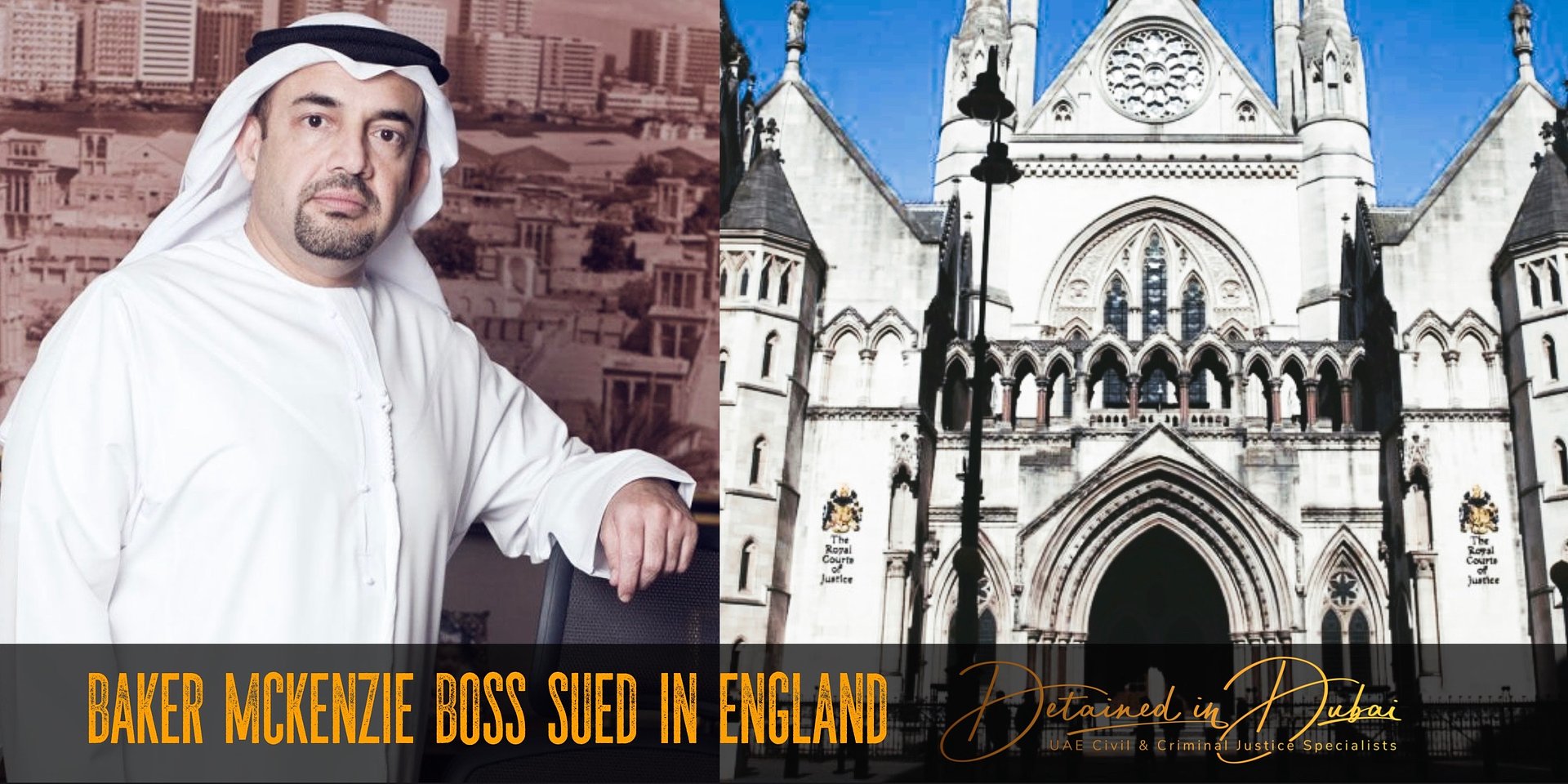 One of the UAE’s most powerful business dynasties, the Al Rostamanis, conspired with Emirati elites, including UAE chairman of global law firm Baker Mckenzie, to deprive British citizen Dr. Mohamed Haddad of his rights in a 50-50 English partnership agreement that covered 17 companies in three countries, according to a £1 billion lawsuit brought before the High Court of England.
“The blatant corruption is stunning,” said Radha Stirling, CEO of Detained in Dubai and Due Process International, “According to the claim, the Dubai Ruler’s office, the police, public prosecutor’s office, judges, and other government officials facilitated a series of frauds against Dr. Haddad at the behest of the Al Rostamani family, to dispossess him of his rightful interests in a joint English partnership in a vast array of investments worth hundreds of millions of pounds.”
A key figure in this conspiracy, the lawsuit claims, was Dr. Habib Al Mulla, executive chairman of Baker Mackenzie Habib Al Mulla, the regional branch of the international law firm.  “Al Mulla commands tremendous power in the UAE,” Stirling explained, “He is the former head of the Dubai International Arbitration Centre (DIAC), a close friend of the Ruler of Dubai, a frequent consultant with the UAE government on legislation; often drafting laws himself, and a friend and advisor to Sheikh Saif bin Zayed Al Nahyan, Deputy Prime Minister and Minister of Interior.  Dr. Haddad’s claim illustrates that Al Mulla’s power has placed him above the law and placed the UAE legal system under his control and allowed him to obtain judgements by fraud.  Again and again, according to the suit, prosecutors and judges knowingly accepted forged and falsified documents provided by Al Mulla, including, most shockingly, a forged Power of Attorney that enabled Al Mulla to represent Dr. Haddad at Dubai Courts without his knowledge or consent.  Al Mulla even represented both opposing parties in a single court case involving Haddad and Khulood Al Rostamani. Such disregard for due process, the rule of law, for legal ethics and procedure, for judicial impartiality; is absolutely astonishing.”

Such disregard for due process, the rule of law, for legal ethics and procedure, for judicial impartiality; is absolutely astonishing.”

Stirling said the current lawsuit is the most well documented case of judicial abuse brought before the English courts, “The case meticulously evidences every instance of fraud by UAE courts, fraud by the Dubai Ruler’s office, proves the falsification of documents, the forgeries, and every attempt to wrongfully conceal Dr. Haddad’s legal English partnership and his rights thereto, without exception.  The formal and informal systems of power in the UAE are shown to have conspired against Dr. Haddad with impunity.  There is such little respect for the law that Habib Al Mulla and the office manager of Dubai’s head of police spoke openly about their collusion in Haddad’s case on Twitter earlier this year, with the law enforcement official asking Al Mulla for a commission for services rendered.”
This is not the first time Habib Al Mulla has come under scrutiny in the UK for the allegations of corruption in the Haddad case.  In 2017, The British Irish Commercial Bar Association (BICBA) was notified that court documents proved Habib Al Mulla had submitted a falsified a Power of Attorney (POA) authorising him to act on behalf of Mohamed Al Haddad, without Dr Haddad’s knowledge, and had manipulated proceedings in Dubai to his client, Ms Khulood Rostamani’s advantage.  Ben Cooper, QC at Doughty Street Chambers told the Law Society Gazette “Based on my experience and knowledge, I would not recommend that the BICBA promote the DIAC as a centre for arbitration at this time. The UAE needs to address and remedy judicial failings before it should be considered as a possible legal jurisdiction of choice.”  BICBA canceled their event in light of the controversy, and Dr Al Mulla is now, no longer the head of DIAC.
Stirling told the Irish Legal News at the time, Dr Al Mulla was “directly responsible for serious legal malpractice against British nationals that would see him disbarred and very likely imprisoned in the UK”.
The claim presents a picture of the UAE legal system as essentially subordinate to influential local figures like Al Mulla and the Rostamani family, “There is no question that Dr. Haddad does not have recourse to justice in the UAE,” Stirling explained, “There are literally dozens of instances cited in this lawsuit of lack of judicial independence and impartiality in the UAE, examples of judges knowingly accepting forgeries as evidence, disallowing challenges and refusing access to court, and willingly participating in the perversion of the legal process against Dr. Haddad.  The partnership agreement itself falls under UK jurisdiction, and the British courts are the only appropriate venue in which this case can be suitably tried for the interests of all the parties and for the ends of justice”.

The British Irish Commercial Bar Association (BICBA) should cancel an arbitration seminar in Dubai because of wide-scale legal abuse and corruption in the UAE, a campaign group has said. BICBA is hosting a seminar titled United Arab Emirates as a World Centre for Arbitration on Tuesday 14 March in conjunction with the University of Dubai and the Dubai International Arbitration Centre (DIAC). B ... 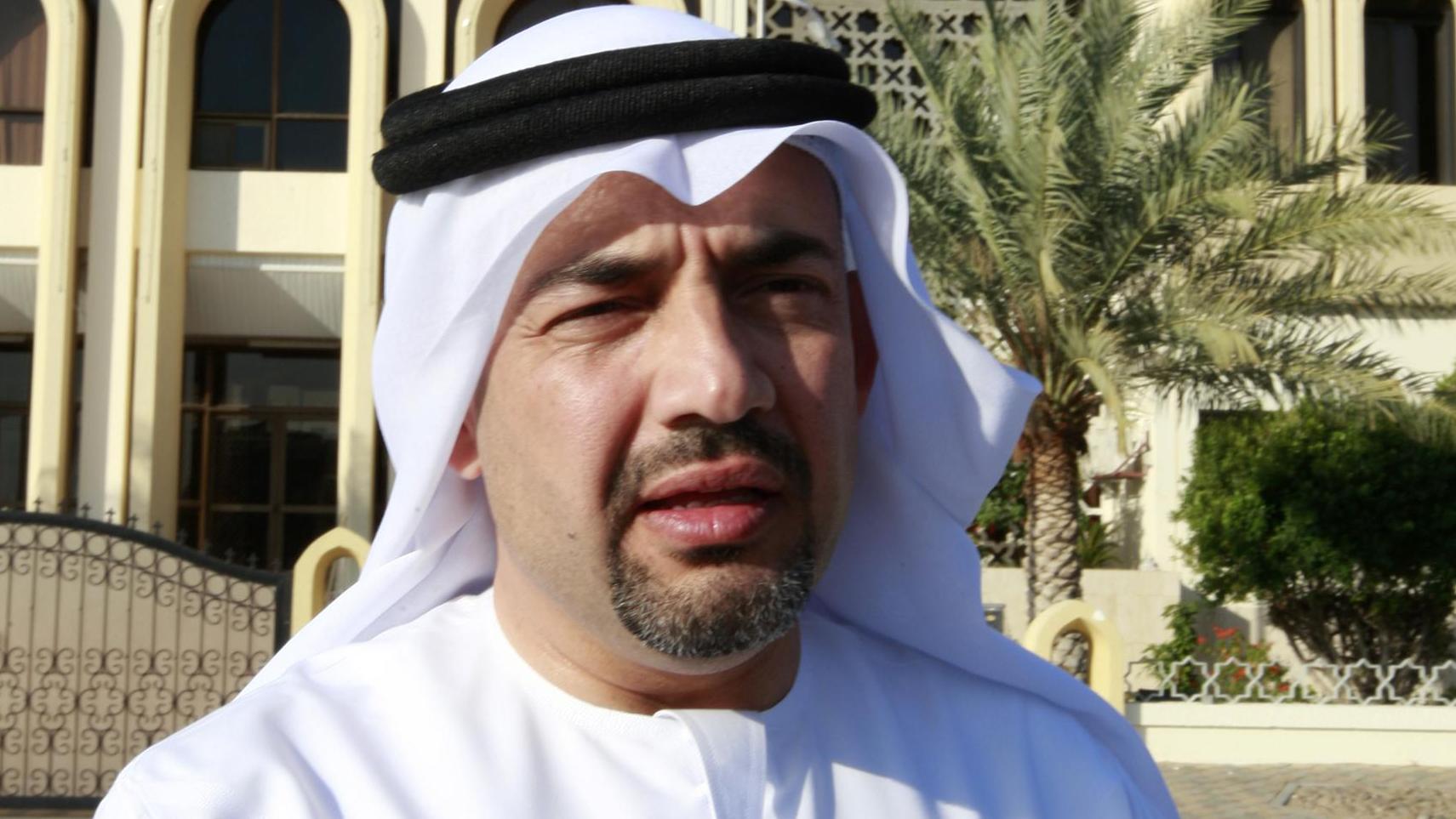 Members of Dubai’s ruling elite face a £1 billion lawsuit in London over claims that a British property developer was robbed of his business in the Gulf state.Mohammed Haddad alleges in a claim filed

UK citizen Mohamed El Haddad is suing 10 of Dubai’s most eminent figures after being robbed of his share of a multimillion dollar partnership.