Former bodyguard to the royal family jailed in Dubai because of wanted “British fraudsters.”
Copy as Plain Text
Share

Left: Robin, shortly after starting what seemed like a dream job in Dubai. Right: young guardsman.

Former bodyguard to the royal family jailed in Dubai because of wanted “British fraudsters.”

British Grandfather and former bodyguard/driver to the royal family and top UK politicians, jailed and detained for 5 years in Dubai because of wanted “British fraudsters.”

In 2013, British grandfather, and ex military serviceman Robin Berlyn thought he had been given a promotion and great new job in Dubai, only to find out that he had been set up to take the fall for two men wanted for fraud and brokerage related offences. He has been stuck there for 5 years, unable to leave, unable to earn money, facing homelessness with a severely injured leg after a recent, desperate escape attempt involving a two mile swim and mountain climb trying to enter neighbouring Oman.
Originally from Northampton but living in London, 50 year old Robin had a distinguished military career serving in the elite COP Platoon of the Grenadier Guards, in Africa, Belize and Ireland. He is a diagnosed PTSD sufferer following his time in the military. 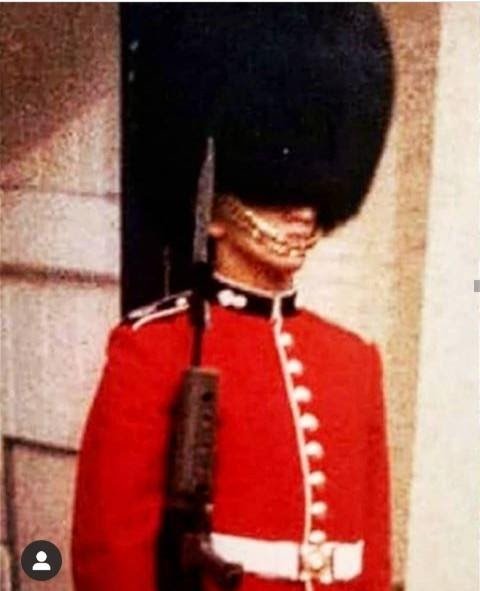 Guardsman. Robin as a young soldier on duty at Windsor Castle

After leaving the army, Robin’s skills in Close Protection and Evasive Driving led to his quick recruitment as a bodyguard and security driver for high profile politicians and members of the royal family, including Lord Woolfe and numerous direct relatives of the Queen.
This kind of work was suited to Robin’s skills and paid well, but the hours were long and Robin had a family. He applied for a broker’s position with Capital Alternative, a seemingly upmarket securities firm near the Square Mile. He sold well, made money and was popular. Soon thereafter, he was approached by Renwick Haddow, one of the owners of the firm about running a new offshoot office in Dubai called Platinum Commodities.
“I didn’t know it then,” Robin tells us, “but Renwick was a crook. He was setting up the new company as a fraud operation and I was being positioned to take the blame when it all went wrong”.
Robin’s experience in the London office was all above board. The staff were happy, the clients were happy and making money. He had no reason to think that Dubai would be any different.
“When I arrived in Dubai in 2013, I was told that I was going to have the title of CEO. I would be manager of the office because Renwick and the other owners would not be there all the time, and so I would be the company signatory. This meant that I had to personally sign all contracts and cheques. Little did I know how significant that would be”.
Robin soon found that the new operation was completely different from the London office. “The staff turnover was very high. That was my first clue. And then customers started turning up to the office asking for money because the cheques I had issued them were bouncing. I found out later that Renwick and the other boss, Kristan Gander were siphoning off the money for themselves.
“They gave me one excuse after another as to why the clients wouldn’t get their money. I had very little money and nowhere else to go, I had to hope they were being straight with me. I just couldn’t leave, or the staff wouldn’t get paid. Some of them had come from the UK to work there and although I tried my best, I got no support and the operation was a shambles.
“Then one day near the end of 2014, a client came into the office with the police. I got arrested of course. The owners were not in the country and I had to take the blame for all the money they had been stealing. I had never run a business before. I just didn’t see it coming.”
Robin served a 16 month sentence for the charge of bounced cheques (a crime in the UAE). “Someone had to pay,” says Robin. “It didn’t matter that I clearly had no money, and an examination of the finances showed that I never had any of the money except for my wages. In the absence of the actual criminals, I was the only person left around to punish.”
Robin cooperated fully with the authorities. Police from the UK serious crime squad flew over to interview him and it was then that Robin discovered that his bosses were wanted men.
“I believe that Renwick Haddow is currently serving a 40 year sentence in America, but Kristan Gander is still on the run,” says Robin.
After being released from the jail in Dubai, Robin was then pursued by one client in particular, via a civil suit for AED 490,000 (£104,183). Robin can never pay this. He never had any of the money. Until the suit is settled however, Robin’s passport remains confiscated, and he can also not get a visa to work because of the case.
For 5 years Robin has been living on charity and has struggled through periods of homelessness. Occasionally he worked as a Muay Thai coach; having competed at international level when he was younger. Each time he got a little bit of cash-in-hand work though, the former client suing him would go to the gym employing Robin and get him fired, as such work without a visa is illegal.
Robin, who has suffered with PTSD since leaving the army, has contemplated suicide many times. He has never seen his grandson and his mother is extremely ill. He worries that he will never see her again.
His fiance, Yvonne despairs of ever being reunited with Robin and even fears he may take his own life.
“I feel so helpless. Robin has been taken advantage of by these criminals. The Dubai police and judge know he is not the guilty party. They have admitted it, but they won’t let him go. He has served 16 months in a truly awful jail, and now we just want him home; me, his son and the grandson he has never seen. According to Dubai, he can never leave until he pays this huge amount of money he will never have. They are saying he will never be free, and without money they don’t care if he starves to death. It’s a death sentence.” 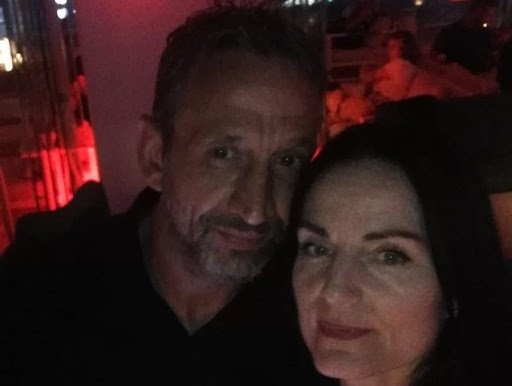 A week ago Robin made a desperate bid for freedom, swimming two miles out to sea to avoid the border and cross into Oman from Dibba in the North of the UAE. He swam ashore to the mountainous region of Zaghi. While trying to traverse the dangerous mountains at night, he fell and suffered severe knee trauma (which required a cast when he eventually received rudimentary treatment). 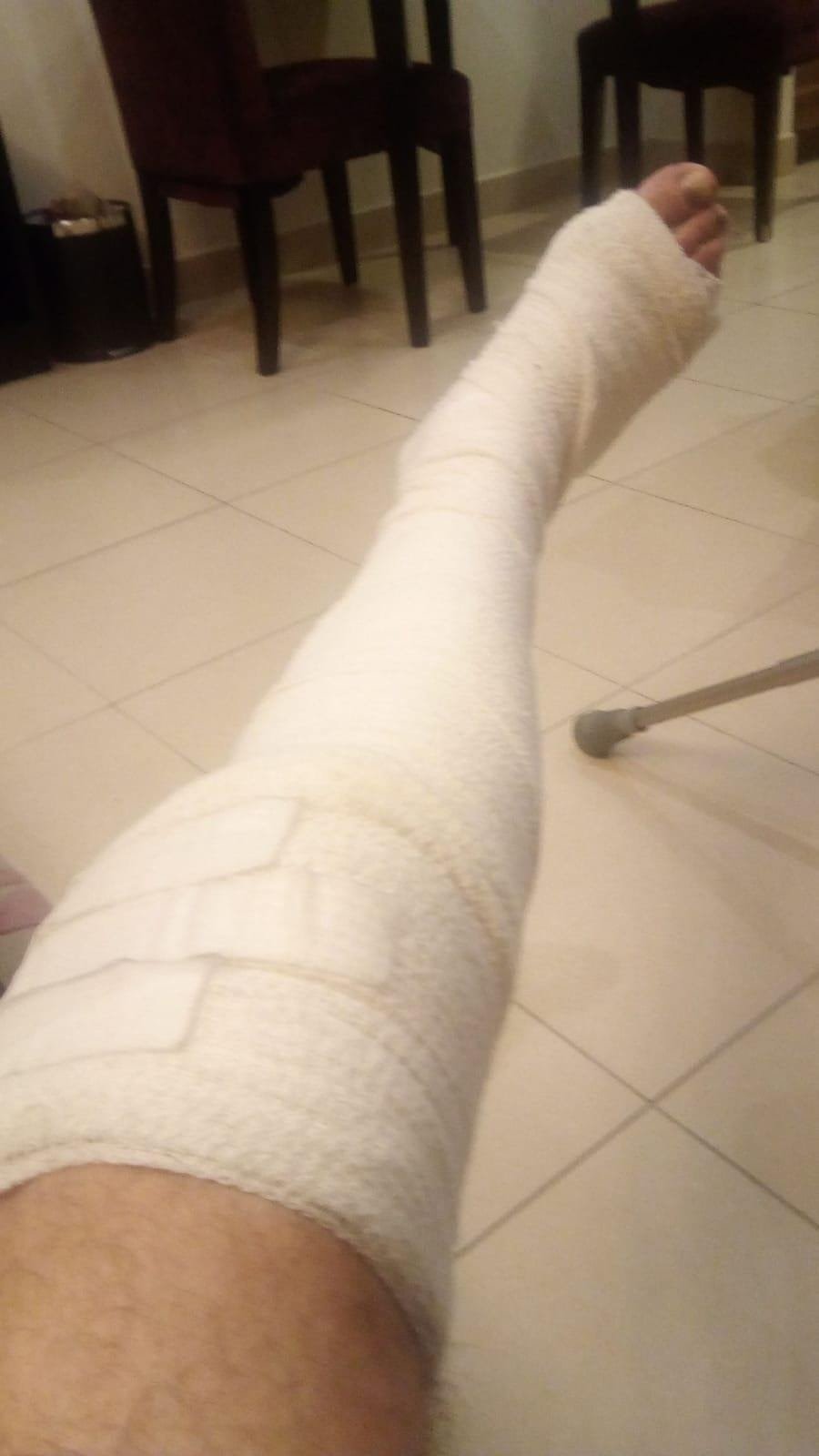 Desperately in need of treatment. Robin suffered severe trauma to his knee in his escape attempt

Robin continued with his unusable leg, and made it to the port, but the Omani police found him and immediately deported him back to the UAE.
Today, Robin’s room rent runs out. He has no money, nowhere to stay, and is in need of an operation for his leg. His family are beside themselves with worry.
Instead of appreciating his best qualities, Robin’s honesty, integrity, sense of duty, and his natural likeability, were all seen by Renwick Haddow and Kristan Gander as the perfect traits of a patsy.
"He was hired in Dubai to be a scapegoat, and he took the fall with the stoicism of a soldier,” says Detained in Dubai CEO Radha Stirling, who is representing Robin. “They set him up to go down with the ship they knew they would sink, and Robin has been sinking for the last 5 years. He is the principal victim of their scam and he has paid a heavy price. This is a man who served his country with distinction for years he deserved the bright future he was promised when he took the job in Dubai, but instead he has been imprisoned, bankrupted, traumatised, and persecuted, with no end in sight. The PTSD Robin developed during his years of service has been immeasurably aggravated and we fear for his safety.
“The UAE legal system makes it far too easy for blame to be shifted from the truly guilty to anyone holding an executive position in a company, regardless of their actual disconnection from the wrongdoing. This is something we see frequently; when an expat is given a managerial position in a UAE company, they are essentially the designated fall guy, and prosecutors in the Emirates often look no further than a person’s job title when assessing their accountability for financial misconduct by anyone in the company.
“The British government knows full well that he was preyed upon by con men whom UK law enforcement officials were themselves pursuing, and we strongly urge the FCO to intervene on Robin’s behalf to finally bring an end to his ordeal and help him come home.”

Asim Ghafoor, the former lawyer of Jamal Khashoggi, was arrested in Dubai while in transit on his way to Turkey.  Ghafoor, and American citizen, had been charged and convicted in absentia on charges of money laundering and sentenced to 3 years imprisonment; but it is bel...