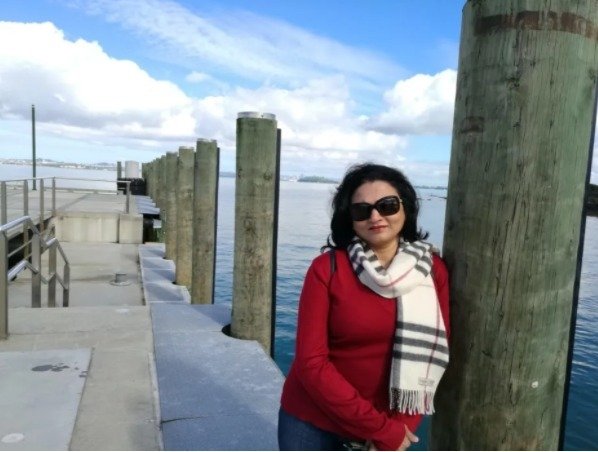 After two and a half years behind bars in Sharjah’s infamous central prison, 58 year old Indian woman, Mary D’Souza, has finally been released and returned to her family in India.

Mary was jailed over a bounced cheque she never wrote under the UAE’s heavy handed financial crime laws. A lack of evidence, however, does not preclude lengthy and unfair detentions and even successful prosecution. Although experts in Mary’s case declared that she had committed no wrongs, she had been held since January 2018 until her release early this month.
Detained in Dubai’s CEO Radha Stirling took Mary’s case to the United Nations Working Group for Arbitrary Detentions and to the international media.“Mary D’Souza’s detention should serve as a warning to others: Firstly, the UAE is a very risky place to conduct business, simply due to the nature and volatility of the legal system as well as cultural factors.  Secondly, those who hold managerial, ownership or executive positions at companies may be held liable if allegations, whether true or false, are made against the company or other members of the company, even if their positions are held in name only. Thirdly, family members of those accused can be held as leverage to force the surrender of any family member sought by authorities who are not in the country” said Radha Stirling, head of Detained in Dubai and Due Process International. It is believed that Mary D’Souza was only detained because the police were seeking her husband, who was involved in the company’s dealings, but who was in India at the time of Mary’s arrest.
“We are pleased that Mary has finally been released, but we doubt that any lessons have been learned by the UAE judiciary. Mary’s case should have been accelerated, particularly given the independent expert’s report that absolved her of any involvement or responsibility.

“Mary was a registered co-owner of the company along with an Emirati local, but neither she nor the local had any role in the business. Mary was arrested over a bounced cheque written by an employee of the company, but the Emirati co-owner, who held an identical position as Mary, was not arrested, was not detained, was not even questioned in this case. This is the familiar pattern of UAE justice; there is one rule for locals, and another for foreigners. Mary was detained for over a year without even being charged, as prosecutors continuously renewed her detention order without cause. The fact that she was finally freed does not undo the injustice of over two years of wrongful imprisonment.”
Mary was exonerated and released from custody earlier this month and immediately flew home to India.
“Mary is recovering with her family but returned home just as India instituted a country-wide coronavirus lockdown, so her reunion with extended family is still delayed; but we are extremely happy that she is home and not in detention during this pandemic where her risks of exposure would have been much greater,” Stirling said.

A UK based NGO has secured the release of a British woman, who declines to be named, after a month under arrest in Italy, waiting to hear if she would be extradited to serve a lengthy term in a Dubai desert jail. Her crime? She simply fell behind on her credit card payme...

Bika, 49 and a 25 year resident of Dubai decided to open a bakery in JBR, an upmarket area in Dubai.  Bika, originally from Dagestan in Russia, chose a commercial real estate agent called Salwan LLC, a subsidiary of Dubai Properties.This was not Bika’s first business (sh...