Press Release: Pilot detained in Dubai over WhatsApp text to ex
A 28 year old Italian pilot has been held in Dubai after an ex-girlfriend made a complaint to police that he had sent her offensive WhatsApp messages. He has been experiencing deep depression and anxiety since he realised he could be stuck there for months or years and face jail.
The accuser, a Syrian woman, met Achraf Arjaouy at Dubai’s mall where he had been shopping during a vacation. The two hit it off and began seeing eachother but Achraf had been splurging on staycations and being generous towards her requests to support her family. Eventually, he felt he was being used as the requests seemed never ending. When Achraf, from Turin in the North of Italy became frustrated with their arguing over money, he sent her some messages she reported to the police as “offensive”. He called her a “gold digger” and referred to her as a “bitch” and a “thief”.
“Under the UAE’s strict cybercrime laws, any messages deemed offensive or abusive by the recipient can be reported to authorities”, explains Radha Stirling, founder of Detained in Dubai who has represented a number of defendants in the past. “We have seen a British national charged for a private message on Facebook effectively referring to someone as a horse.

Radha Stirling, CEO of human rights organisation Detained In Dubai is officially representing Laleh.She said: 'Not only has Paris lost her father, but in goi...

We’ve seen a woman charged for swearing at her flatmate in a private WhatsApp message and more. What is legal, common and private in the West can mean jail time in Dubai”, especially when we have either a financial or vindictive motivation behind a report”. 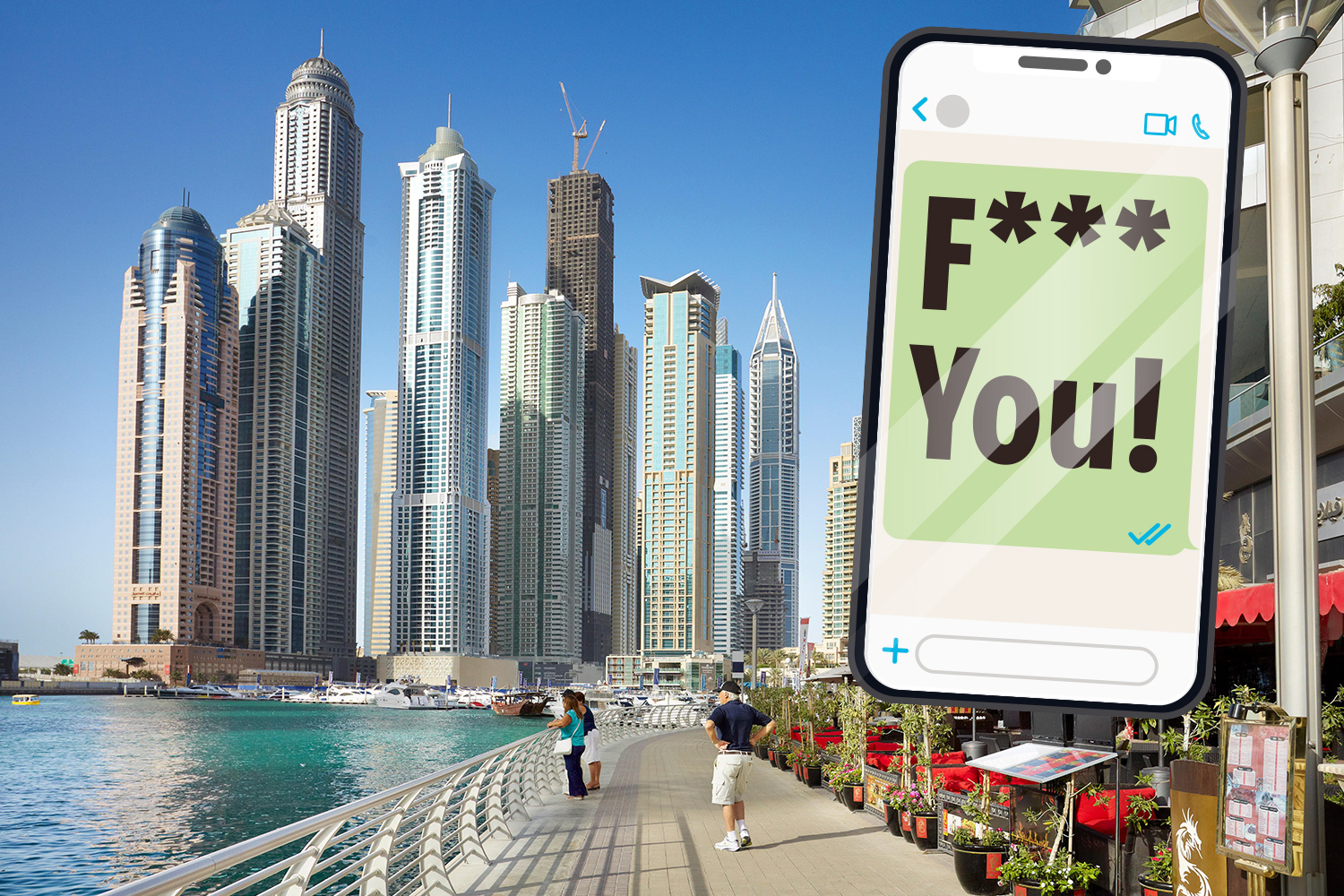 Brit woman, 31, who faced two years in Dubai prison over 'f*** you' WhatsApp to flatmate allowed to leave with £600 fine

Although Achraf was told by lawyers that he would just “pay a fine and be able to leave by the end of March”, he remains in Dubai on a travel ban and police are “still investigating”. Stirling explans “nothing in the UAE moves quickly and Achraf still faces potential incarceration. Investigations can take 6 months or more and visitors are expected to be able to fund a forced extended holiday in a luxury destination. The process is part of the punishment and Dubai benefits financially. Foreigners spend tens of thousands, lose their jobs and end up not being able to afford legal representation or accommodation. For such a minor infringement, the impact can be devastating.”

EXCLUSIVE: Thousands of Brits in Dubai and the UAE are being arrested for crimes including giving poor reviews to hotels, wearing skinny jeans and swearing on WhatsApp - and a human rights expert has warned the penalties are getting harsher

Frequently, complainant’s open cases against adversaries as a means to extort or threaten them. The UAE’s legal system is open to abuse by vindictive or money motivated parties. Achraf told Detained in Dubai that his ex-girlfriend opened the case then contacted him to ask him to pay a traffic violation fine of hers that she incurred while driving his luxury car rental. “She promised if I pay the fine she might think about withdrawing the complaint”. He paid the fine but then she requested 10,000 dirhams to drop the case. Legal abuse is rampant in the Emirates and foreigners are regularly held as financial hostages to individuals or companies who misuse the legal system to hold them to ransom. “For some, this is a business” says Stirling. 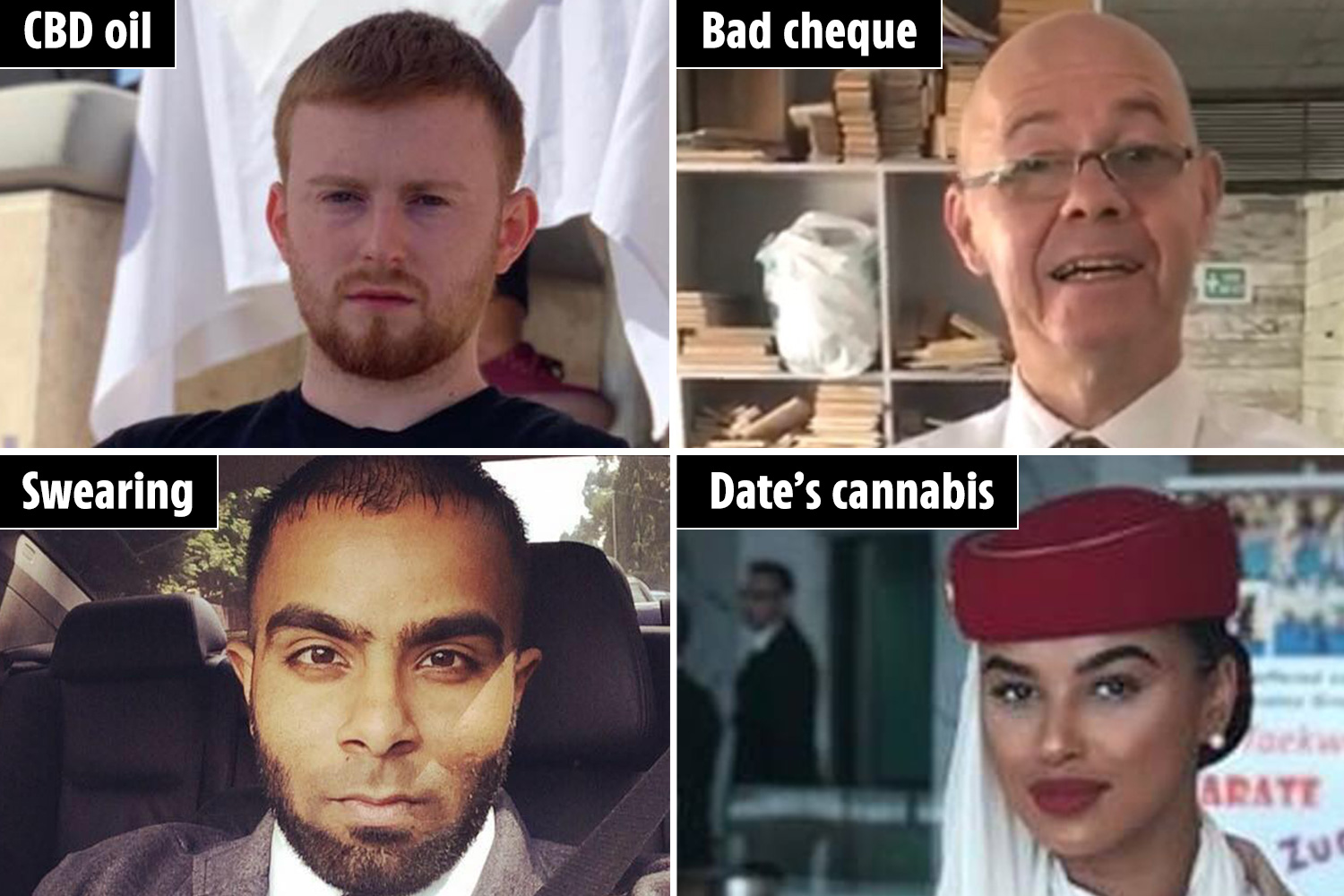 SWEARING, bounced cheques and fake confessions have landed Brits behind bars in hell-hole UAE jails.Dubai's prisons are famed for their filthy conditi

“Holding foreigners in the UAE while under investigation over trivial alleged offences is damaging to the country. It allows for spiteful or extortive individuals to abuse the legal system to punish or bribe victims and the first person to report. The mere reporting of these cases is essentially criminal in itself and complainants need to be reviewed for elements of blackmail or harassment”.
Achraf has experienced severe trauma as he anticipates potential detention. “I’ve been here for three months. I don’t know what is going to happen and I have no friends here and nor am I in a mental frame to make any. I never knew anything like this was even possible but now that I’ve researched it, I see just how common it is. I would never have come if I thought anyone could just open a criminal case like this. It seemed so open and free here when I first arrived and I felt like it was just another tourist destination. I am dumbfounded that a simple text could land me in jail, drag me through a drawn out legal process and cause me such immense stress and anguish that I can’t even sleep at night”.

Going on holiday or on a backpacking adventure is a lot of fun; it's why so many people do it. But something that could ruin that fun big time would be, er, getting arrested in a foreign country, especially if you weren't even aware you were breaking the law.

Stirling has lobbied foreign governments to issue more severe warnings to citizens who may visit Dubai. “The current warnings are insufficient and have caused lengthy detentions and untold pain to countless visitors. Dubai authorities need to establish a fairer and more expeditious means of dealing with frivolous allegations. However, there is little incentive to do so when it appears to instantly help Dubai’s economy. The long term reputational damage though, has not been considered”.
Detained in Dubai has asked the Italian Ambassador and UAE authorities to help bring Achraf home.

A British human resources manager has been held in Dubai after her Ukrainian flatmate lodged a police complaint over a “rude” WhatsApp message sent over a petty household dispute arising from her flatmate’s intolerance to her use of the dining table to work from duri...

Dubai travel: Ridiculous laws that could get you locked up | news.com.au — Australia’s leading news site

IT IS a city that projects itself as a sophisticated, ultra-modern destination for Western travellers.

Londoner Laleh Shahravesh, 55, could be sentenced to two years in prison over two Facebook posts.

Woman stuck in Dubai over WhatsApp "frightened to death"

Woman facing a chaotic Middle Eastern legal system says she has “no idea what is going on, what is coming next, and how long it could take”.