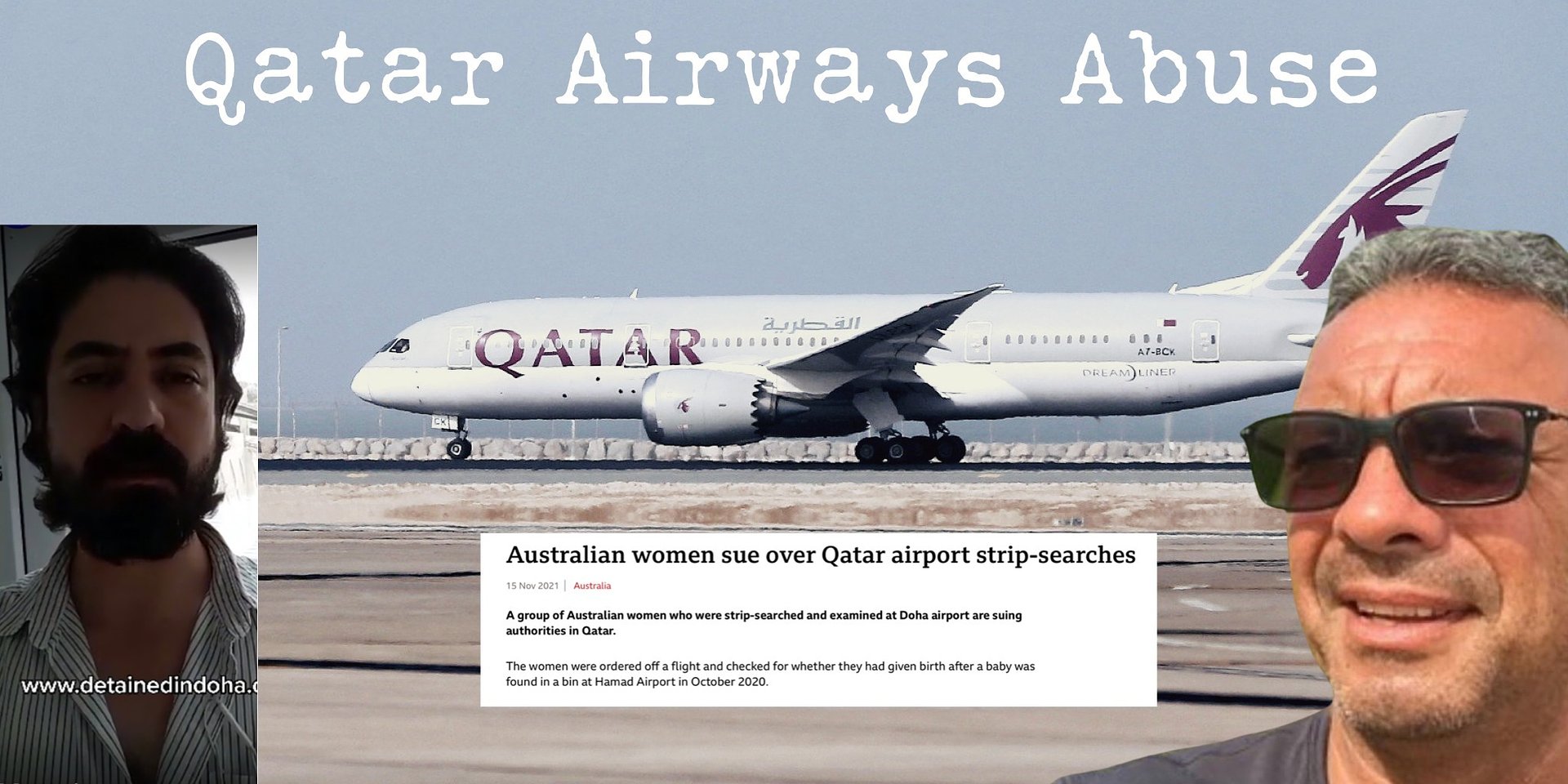 With the looming 2022 FIFA World Cup in Qatar and the myriad nefarious controversies, allegations of corruption and skulduggery surrounding its “winning” hosting the event, we shall be examining a catalogue of inescapable ugly truths that envelope this country, its romanticised and delusional image portrayed to a susceptible public, body of corporations, financiers, public figures, governments and ultimately FIFA (Fédération Internationale de Football Association).
Primarily, the awarding of the 2022 FIFA World Cup to Qatar created a number of concerns and obvious red flags regarding both Qatar's suitability as a host country and the fairness of the FIFA bidding process. Criticism from a number of media outlets, sporting experts, and human rights groups highlighted problems such as Qatar's limited football history, the high expected cost, the local climate, and significantly, Qatar's human rights record. Additionally, there have been numerous recorded allegations of bribery between the Qatar Bidding Committee and FIFA members and executives involved in what should be a transparent, ethical and fair process. Several FIFA members have since gone on record saying that the decision to award the tournament to Qatar was a “mistake”, notably including Theo Zwanziger and ex-FIFA President, Sepp Blatter.

On one occasion, leadership showed up at a briefing where our flight attendant was present, she greeted him politely and directly. He did not reply. "You need to lose weight!" he demanded instead - and abruptly left the meeting.
Every day, the flight attendants log onto the company intranet, where the flight roster schedules are kept and updated. One morning, when this flight attendant logged on, all her flights had been deleted. No one had warned her. Her schedule was empty. Everyone in the company knows what that means. She quickly went to an ATM. Here, she withdrew 10,000 Riyals. She has been working for two years. No complaints had been filed against her. On the contrary, she has been promoted and been given special assignments. But she knows that if she didn't withdraw her entire salary right then, Qatar Airways would freeze her local bank account. She had been detected and was therefore dispensable.
The same tyrannical rules don’t just apply to cabin crew, pilots of many years’ experience and skilled backgrounds are also subject to harsh retribution should they abuse their “privileges”. In another documented case, a captain with many hours flight time and a career spanning two decades formed an amicable and ultimately close relationship with a flight attendant he was often crewed with.
During their flights, their acquaintance naturally developed. This, in a normal and civilised professional environment would be a natural, private and acceptable occurrence. Despite colleagues' warnings, their relationship instinctively matured and the flight attendant slept over at this captain’s lodgings one night. The reaction was immediate. The girl was arrested, spending three nights in Qatari custody. The pilot was stripped of his flights. The flight attendant was ultimately shipped back to her home country, penniless, with the status “deported”, (which means she will be denied any future entry into Qatar). The pilot's comparatively milder punishment was a final warning. Any further infraction from him within the next six months and he would have to leave Qatar Airways. Needless to say, soon after the incident, this captain recognised the potential ramifications and while he had the opportunity, resigned while on leave in his own country.
Stewardesses and pilots working for Qatar Airways have all signed a detailed Non Disclosure Agreement about not discussing the company, sharing their views on Facebook or showing pictures of their uniforms. “Getting fired is easy,” says a crew member (wishing to remain anonymous), who claims that luck is the reason she still has her job.
“There was a period a few months ago when four staff housing buildings were more or less emptied. Every time you were hanging out with another stewardess, mobile phones kept ringing: she's off, now she's off. I was talking to a friend one day when six of the girls in her building had been fired in the same week.”
The company's sudden redundancies are as constant as the international recruitment days every weekend. Stewardesses are fired for wanting to change roommates, for posting an inappropriate Facebook status, for getting a discreet tattoo, for returning to the housing five minutes after curfew, for letting a man that they know who is neither their husband or father give them a lift to work, or for simply smoking a cigarette during their time off.
QA pilots are often forced to complete required paperwork in contravention of international aviation safety standards and law, or face severe disciplinary action and even termination or breach of their contracts. These include non-reporting of inadequate required rest periods between long-haul flights for aircrew, falsifying aircraft and pilot’s flight logs and other required paperwork, being instructed to violate restricted airspace, and being penalised for determining recommended operational aircraft fuel loads required for flights. One captain explains that he often was called to the flight operations management after a flight because he “took on too much fuel” for a flight sector into a notoriously renowned difficult airport approach, situated in a hazardous location that requires at least 45 minutes “minimum emergency fuel” lest this destination airport weather was below internationally stipulated safe landing parameters and he - as captain - would have to make the informed decision to divert to the nearest available airport (requiring such excess fuel) where it was possible to safely land. It seems inconceivable that QA admonishes and reprimands pilots for being professional and applying their years of training and skills for the safety of their passengers, crew and aircraft, as well as adhering to international aviation safety regulation protocols.
As if there were not already enough recorded scandals surrounding this deeply problematic airline, in recent news, Marc Bennett, a senior British executive at a subsidiary of Qatar Airways was found hanged in a Doha hotel room just ten weeks after being detained and allegedly abused, beaten and tortured by Qatar’s secret police over allegations that he sent confidential business correspondence to a private email address. Authorities in Qatar have typically rushed to rule Bennett’s death a suicide, attempting to once again sweep yet another scandal under its Arabian carpet, despite their counterparts in the UK declaring that there was “no specific evidence of suicidal intent”. Evidently a trailblazer in the travel industry, Bennett was filched by Qatar’s tourism authority, Discover Qatar, in 2017.

After the desert state won the right to host the 2022 World Cup later this year, it tasked tourism expert Bennett to help sell the country as a modern, safe, forward thinking international tourism destination, despite the country’s prominent image to the contrary. As senior Vice President of the organisation, he was charged with developing the country’s tourism industry in time for the FIFA World Cup which will be held next month. Ironically, Bennett had worked to improve the image of Qatar, where allegations of human rights abuses are rife, and was said to work closely with Qatar Airways boss, Al Baker. But after he signalled he wanted to leave his role, he found himself arrested and detained for weeks. Bennet was due to leave Qatar for London in October, 2019. His tickets kept on getting cancelled, and two days later he was summoned to Qatar Airways’ head office in Doha where the police were waiting for him. Bennett was released from detention on November 10, 2019, but he was barred from leaving the country, and his passport had been confiscated.
On Christmas Day, 2019, Bennett was found dead. He had not left a suicide note.
The UK’s Foreign, Commonwealth & Development Office (FCDO) got involved in the case, but in a bizarre twist, diplomats dropped the case just a week after Liz Truss became Foreign Secretary. In a bizarre coincidence, Truss visited Qatar just a month after Bennett’s death and within months, the Qatari government unveiled a £10 billion investment package in Britain. Until now, Bennet’s death remains unresolved.
In summary, while Qatar boasts an idealistic, progressive and forward momentum via its endless glossy torrents of advertising media, its inherently fundamental regressive and Bedouin feudal tribalism and corrupt traditions far outweigh any advances it may have achieved, usually at the expense of the blood, sweat and tears of foreign skilled expertise, experience, knowledge and manpower. Its definitive appalling human rights record speaks volumes and we shall be addressing this in a series of detailed articles, including highlighting the boundless and shameless corruption and exploitation of workers and personnel surrounding the hijacking of FIFA 2022.