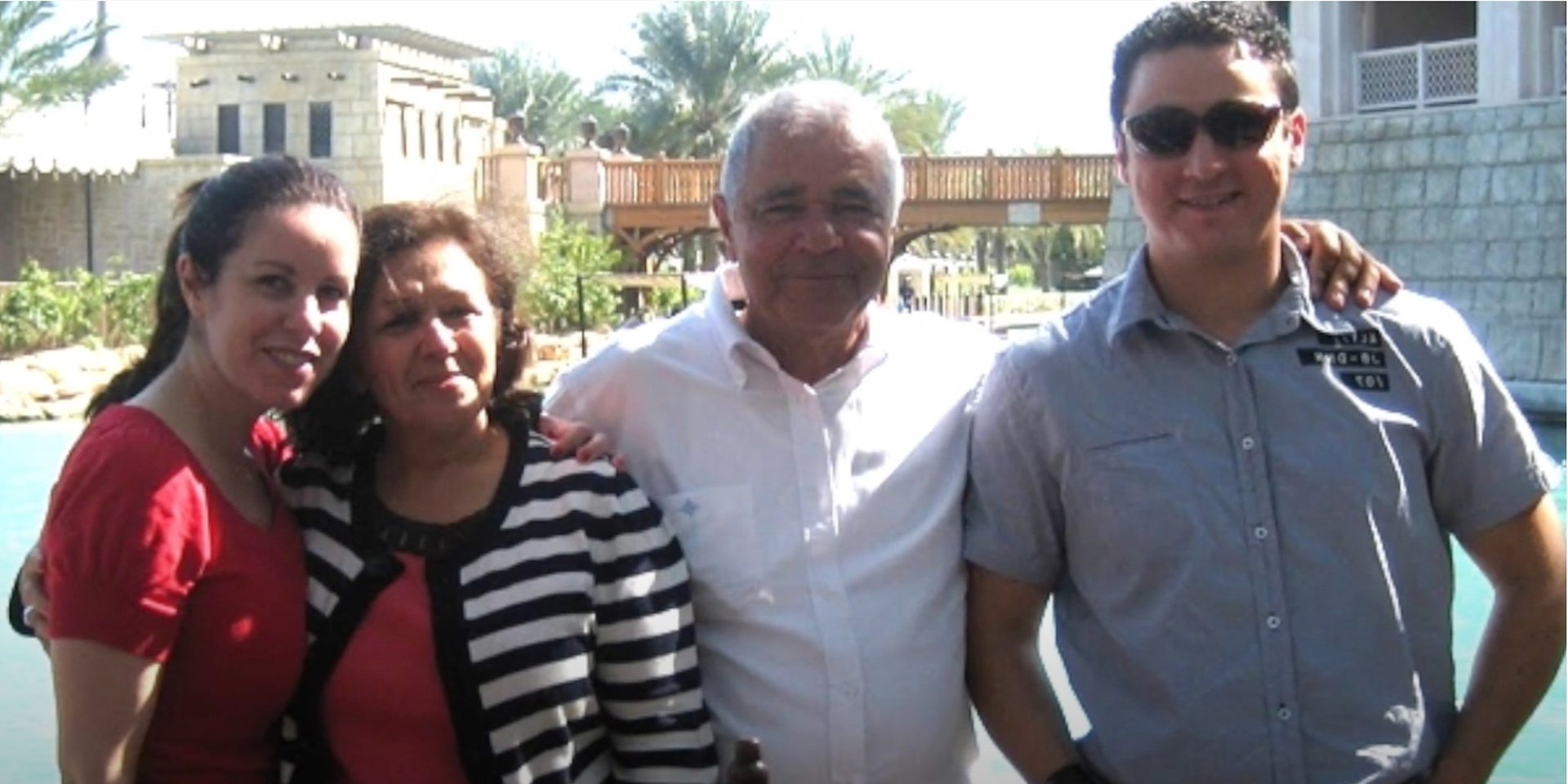 Joseph Sarlak, for the first time speaks out on his ongoing imprisonment in Qatar, denouncing the Australian government in an exclusive interview with Middle Eastern justice expert Radha Stirling.  His friend Andrew Gordon believes Joe’s treatment is reflective of a society who “consider us infidels”.
Joseph Sarlak is detained in the desert state of Qatar after being invited to develop an airport hanger for the government.  “This would turn out to be the biggest mistake of his life,” said Radha Stirling, founder of Detained in Dubai and the Gulf in Justice Podcast who is representing Mr Sarlak.

“Joe has been unfairly and arbitrarily detained in Doha for a number of years after his local business sponsor, a member of the royal family, secretly embezzled funds from Joe’s company, causing cheques that he had written to bounce.  Joe was sent to a hellhole prison under the country’s strict laws that criminalise bounced cheques.  Joe is still stuck in the country, with vexatious actions being taken against him.  For example, his name was added to a company while he was in prison, without his knowledge or permission, just to keep him in the country.  There is a pattern of legal abuse against foreign nationals by members of the ruling elite.  Ranald Crook, who is also in his 70’s, similarly has a number of vexatious cases against him that are entirely without legal merit.  In both cases, we can see the foreigners being victimised by local, influential Qataris who clearly have no qualms about traumatising these poor men.

“It is astounding that the Australian government has done nothing at all to bring home their citizen.  They are more than happy to call out Qatar over the strip search of Australian female passengers, but seemingly can not be bothered to even contact their diplomatic counterparts in the Qatar for this 70 year old grandfather with failing health.  It is the responsibility of the Australian Foreign Minister, Marise Payne, and the Ambassador, Jonathan Muir to protect Mr Joseph Sarlak from abuse in a foreign nation, a nation who is purportedly an ally of our country.

“The harassment, the persecution, and the imprisonment of Joe Sarlak is preposterous and the only thing worse than Qatar’s assault on an innocent grandfather, is Australia’s senseless unwillingness to object.  If Australia can stand up for Matt Joyce and Marcus Lee during their UAE ordeal, Kylie Moore Gilbert in Iran, and Hakeem Alaraibi in Thailand, what excuse do they have for ignoring Joe?

“In my interview with Joe and his friend Andrew, the two are perplexed by the Australian government’s disgraceful abandonment of their citizen in a country considered a strong ally.  Australia categorically needs to warn citizens that entrepreneurs, businessmen and investors who consider Qatar a safe commerce venue, should consider they too, could end up like Joe Sarlak, Jonathan Nash and Ranald Crook, whose exciting opportunities turned out to be one way tickets to hell.

“In this podcast, we talk in depth about the risks of doing business in Qatar, the abuse of foreign nationals and reluctance of the Australian government to fight for victims of Middle Eastern injustice.  Joe Sarlak talks publicly for the first time as Andrew Gordon, calls out the detestable treatment of his friend.”

Gulf in Justice can be heard on Spotify and Apple Music, or with visuals on our YouTube channel.

In this new episode, Radha Stirling interviews for the first time, Australian national Joe Sarlak, who has been detained in Doha for many years after being used as a scapegoat by the Qatari royal who was his local sponsor.  His sponsor had secretly looted Sarlak’s busine...