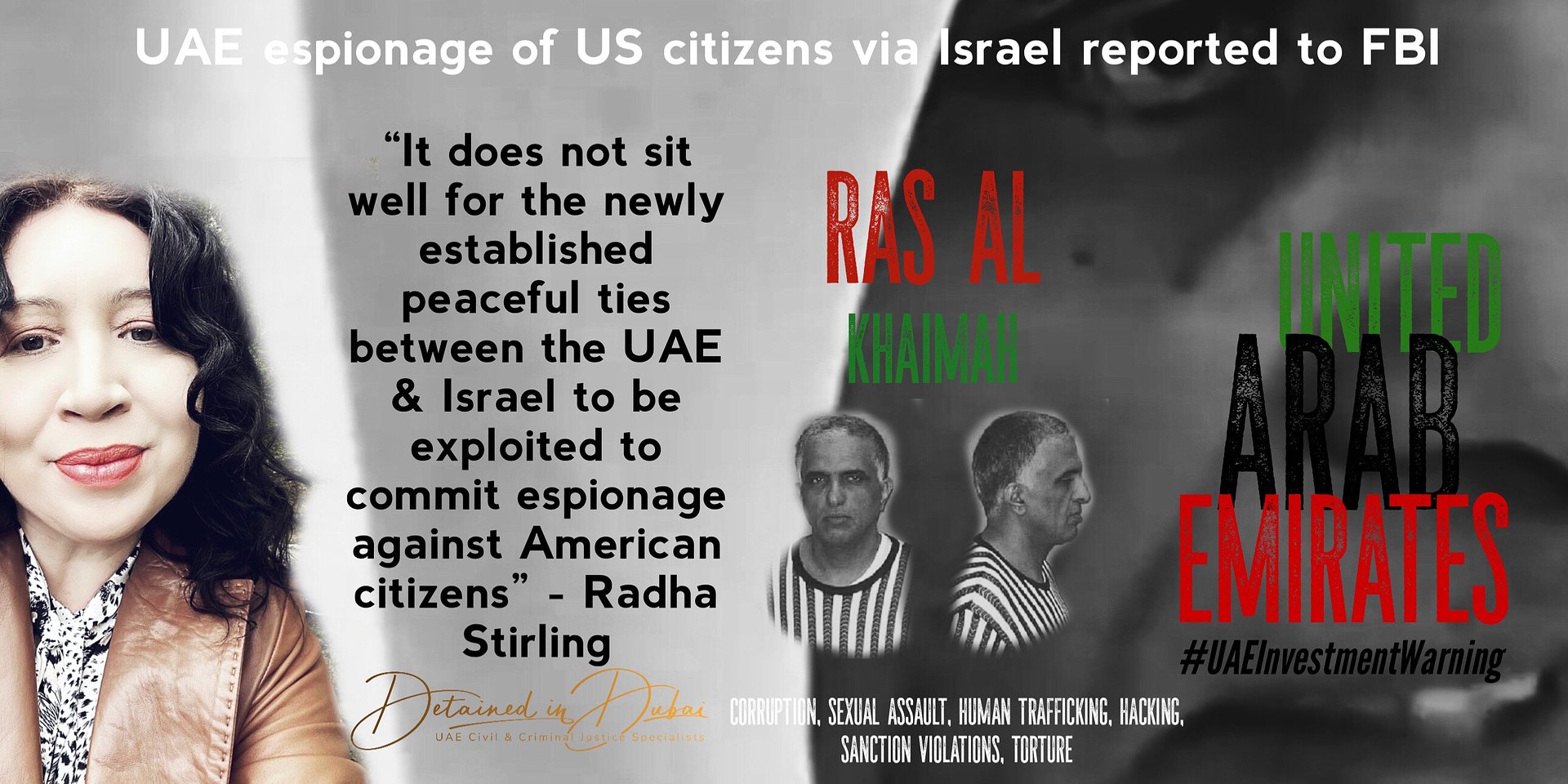 A newly published report by The Daily Beast’s Adam Rawnsley details how Ras Al Khaimah used an Israeli private intelligence company to hack American and European citizens deemed enemies of the regime of Sheikh Saud bin Saqr Al Qasimi.
“This is monstrous,” said Radha Stirling, CEO of Detained in Dubai, whose organisation was targeted in an elaborate hacking scheme by RAK last year. “This is a government employing private sector spies to hack the communications of, and deceitfully obtain information from foreign citizens; citizens of countries who are allies of both the UAE and Israel. By contracting the espionage out to a private firm, the government of Ras Al Khaimah is trying to avoid accountability for spying on foreign nationals outside their jurisdiction; but this is a major breach and the UAE and Israel must be called to account.”
Israeli intelligence firm BlueHawk CI was discovered to have perpetrated a series of attempts to gain access to information through trickery, false pretences, manipulation, and by the use of malware in order to help the government of RAK against American citizen Oussama El Omari and Swiss national Khater Massaad, who are both involved in lawsuits against Sheikh Saud and his agents. The hacking attempt against Radha Stirling, who is the leading Western critic of the UAE and whose organisation has campaigned for thousands of wrongfully detained and abused victims in the Emirates, is particularly troubling. “They went to an inordinate amount of trouble to hack my personal communications, which would have given RAK access to confidential client information, personal details of victims, and the identities of everyone in our support network, with a very obvious intention of then targeting and persecuting those people. The regime in Ras Al Khaimah is charged with grave human rights violations including torture, false imprisonment, fabrication of evidence, threats and intimidation, endemic corruption; and the list goes on. They want to silence every voice that draws attention to their wrongdoing, and most of those voices belong to people interacting with my device,” Stirling explained.
RAK’s use of an Israeli company should alarm officials in Israel, Stirling noted, “The Abraham Accords were the product of American diplomacy. It does not sit well for the newly established peaceful ties between the UAE and Israel to be exploited to now commit espionage against American citizens.”

It has already been a turbulent few years for the UAE; since the 2018 dramatic escape and capture of Princess Latifa, daughter of Sheikh Mohammed bin Rashid Al Maktoum and her ongoing captivity, things have only gotten progressively worse. More royal scandals erupted...

Stirling has filed a report with the FBI over the incident and is pursuing all avenues for holding RAK and their agents accountable. She explained, “This is not the first time RAK has been involved in hacking, nor is it the first time that Sheikh Saud has outsourced criminal activity to private sector agents. International US law firm Dechert is currently embroiled in allegations of torture committed on Saud’s behalf, Farhad Azima’s email account hacking resulted in litigation, and we have a list of multiple intelligence companies, law firms, journalists and PR agencies Saud relies upon to persecute his rivals and critics. The RAK government under Sheikh Saud, quite frankly, operates like a criminal organisation”

An Israeli private intel firm constructed two fake personas, a Fox News reporter and an Italian journalist, tasked with digging up info on people feuding with a UAE emirate.

The spotlight of the international media, human rights organisations, and western governments often falls upon the UAE, particularly in recent years. Attention, however, tends to focus on the emirates of Dubai and Abu Dhabi, the smaller, lesser-known emirates are rar... 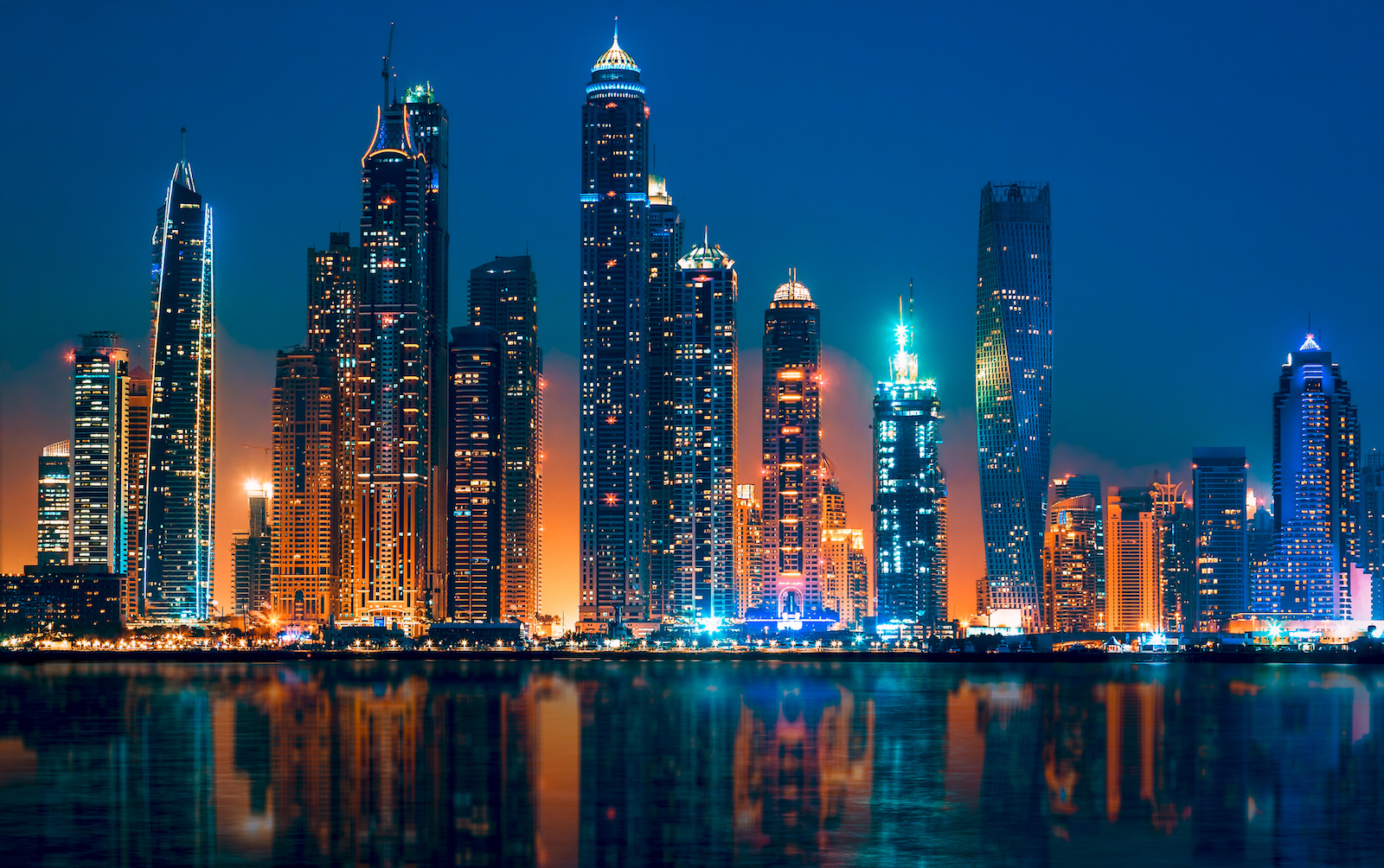