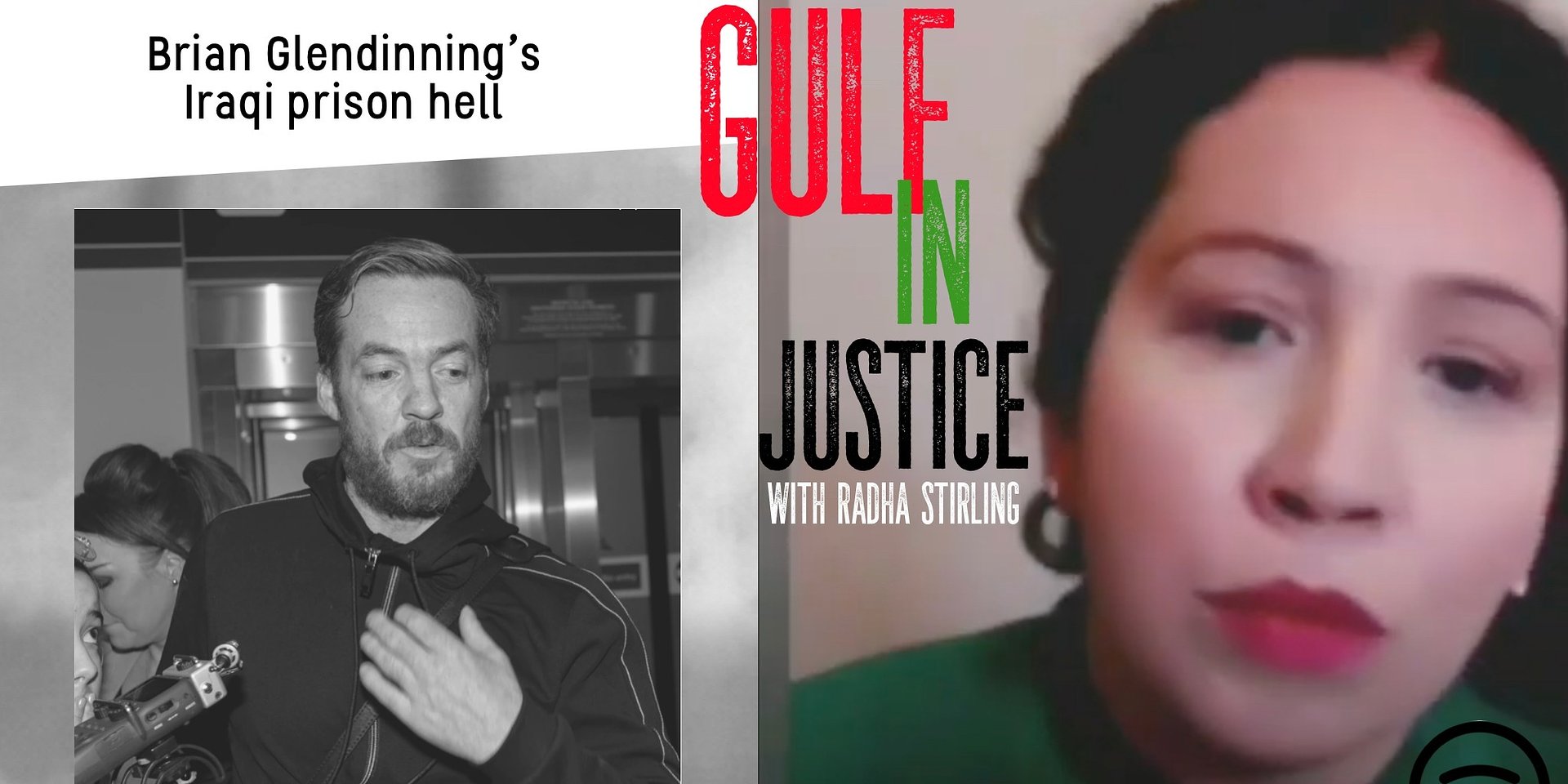 Gulf in Justice Podcast hosted by Radha Stirling, founder of Detained in Dubai

After two months of prison hell, Brian opens up and he's angry at Qatar's "disgusting" World Cup.
Scottish construction engineer, Brian Glendinning was jailed in Iraq over a Qatar National Bank issued Interpol Red Notice for a small debt. After substantial diplomatic, media and strategic efforts of crisis manager Radha Stirling, Brian returned home to Scotland on Saturday.
“It brought a tear to my eye as I heard Brian’s worst moment in prison”, said extradition expert Radha Stirling, who hosts the Gulf in Justice Podcast “What Brian has been through is unimaginable. The way the guards mocked him, laughed at him, looted him and harassed his wife. The conditions in Iraqi jails are abysmal with the only positive being that Brian wasn’t tortured himself. He did however, witness the inhumane treatment of other prisoners and the scars of what he saw will remain with him for life.
Listen to the interview:
“I am privileged to have been able to help this dear family who I have come to know. I’m grateful for their energy and dedication in supporting the campaign to free Brian.”
Brian told Ms Stirling that he is still unable to sleep well. Every time he closes his eyes, he sees the prison ceiling fans and hears the pained groans of fellow inmates.
Brian when he was first arrested.  This was the "nicer" prison: 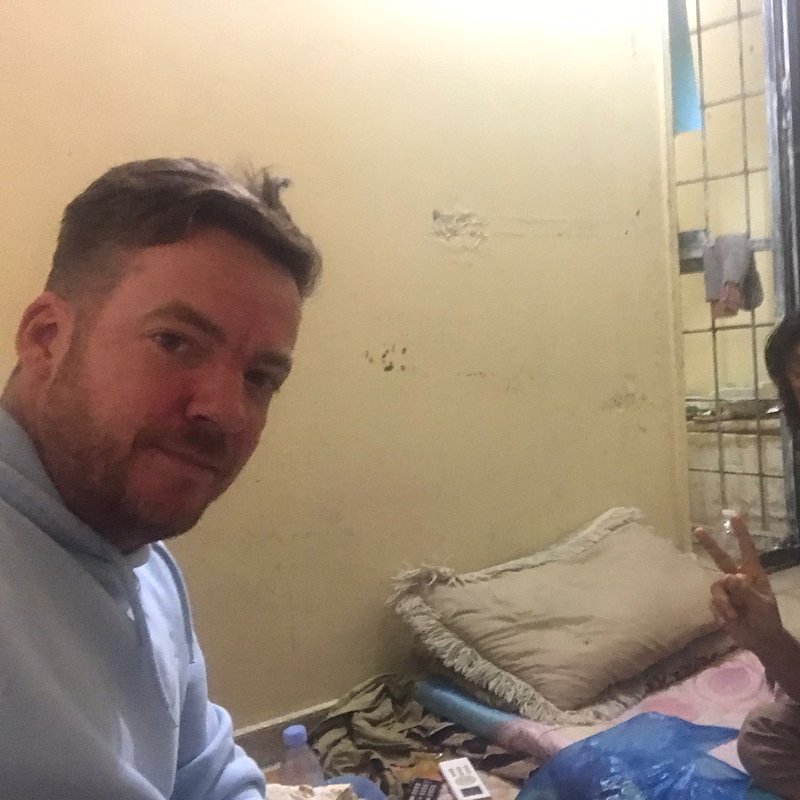 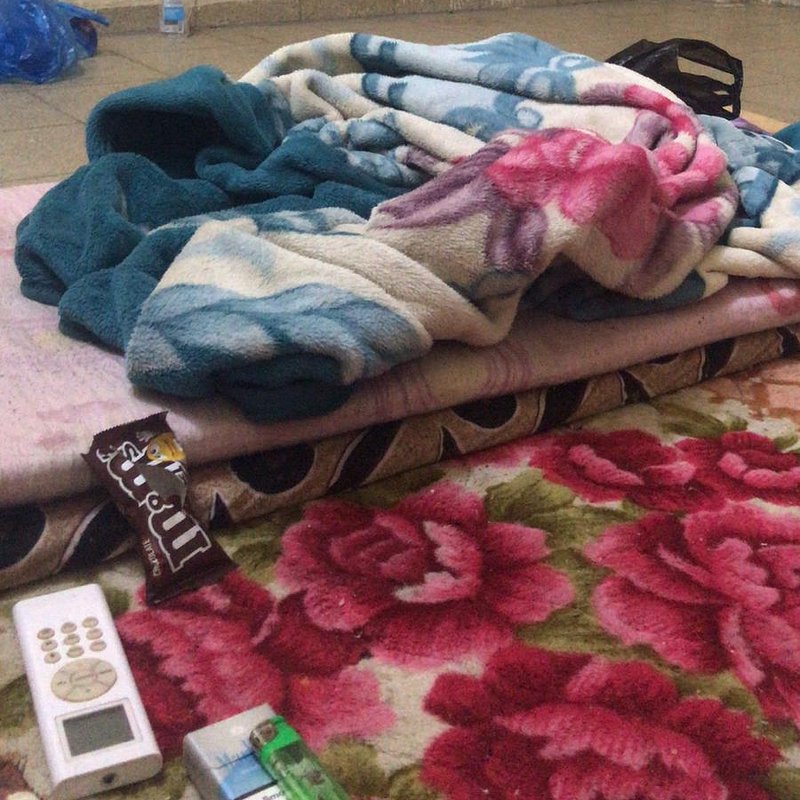 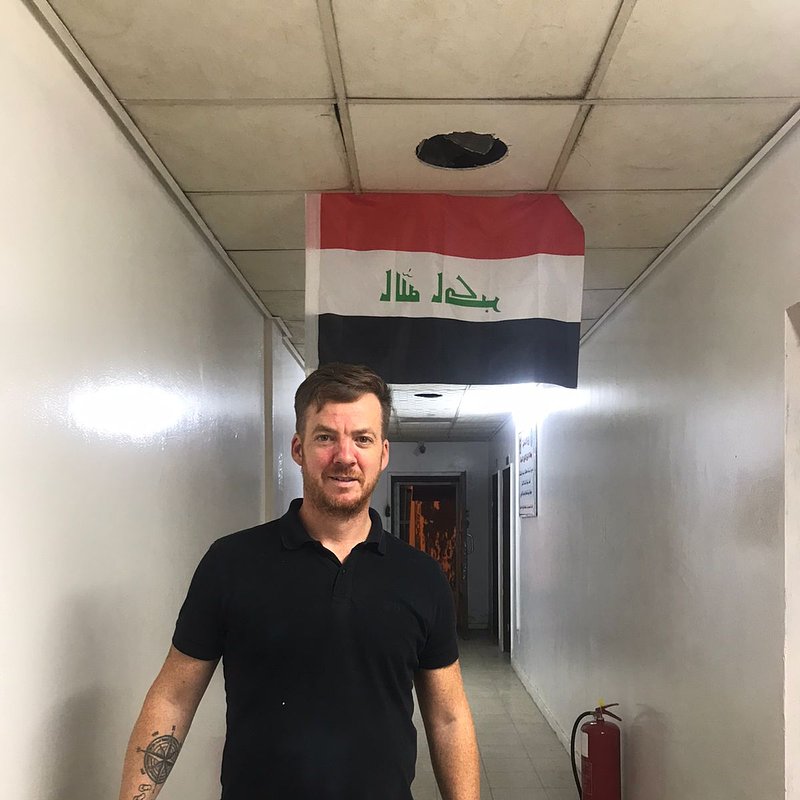 Traumatised by his experience, Brian has vowed that he will never set foot in the Middle East again. He said he is sickened by the scenes of celebrations in Qatar as the World Cup continues. “It was Qatar that abuse Interpol’s databases and caused his detention in Iraq. They do this on a regular basis”, confirms Stirling. “We are working with Kenny MacAskill, MP and a number of concerned parliamentary groups to push the British government to safeguard citizens against further abuse. We simply can not have our strong allies and trade partners causing our citizens to be wrongfully detained abroad and at risk of violence or torture. It is unlawful and a violation of international law to report debt to Interpol. There are other civil means for them to recover credit card debts such as through the county court.
Brian said, “These countries are so corrupt. All they care about is money and being the wealthiest - Qatar in particular. That country has put me through hell. The fact the World Cup has been allowed to be held there is sickening. I'm refusing to watch it.” Brian Glendinning, 43, was locked up in a Baghdad jail for 70 days after being arrested in Basra International Airport on September 4.

Gulf in Justice Podcast by Detained in Dubai's Radha Stirling. Breaking news from the Middle East with exciting topics & guests.

Scottish man detained in Iraq sentenced to 2 years in Qatar jail ‘likely to be extradited’.