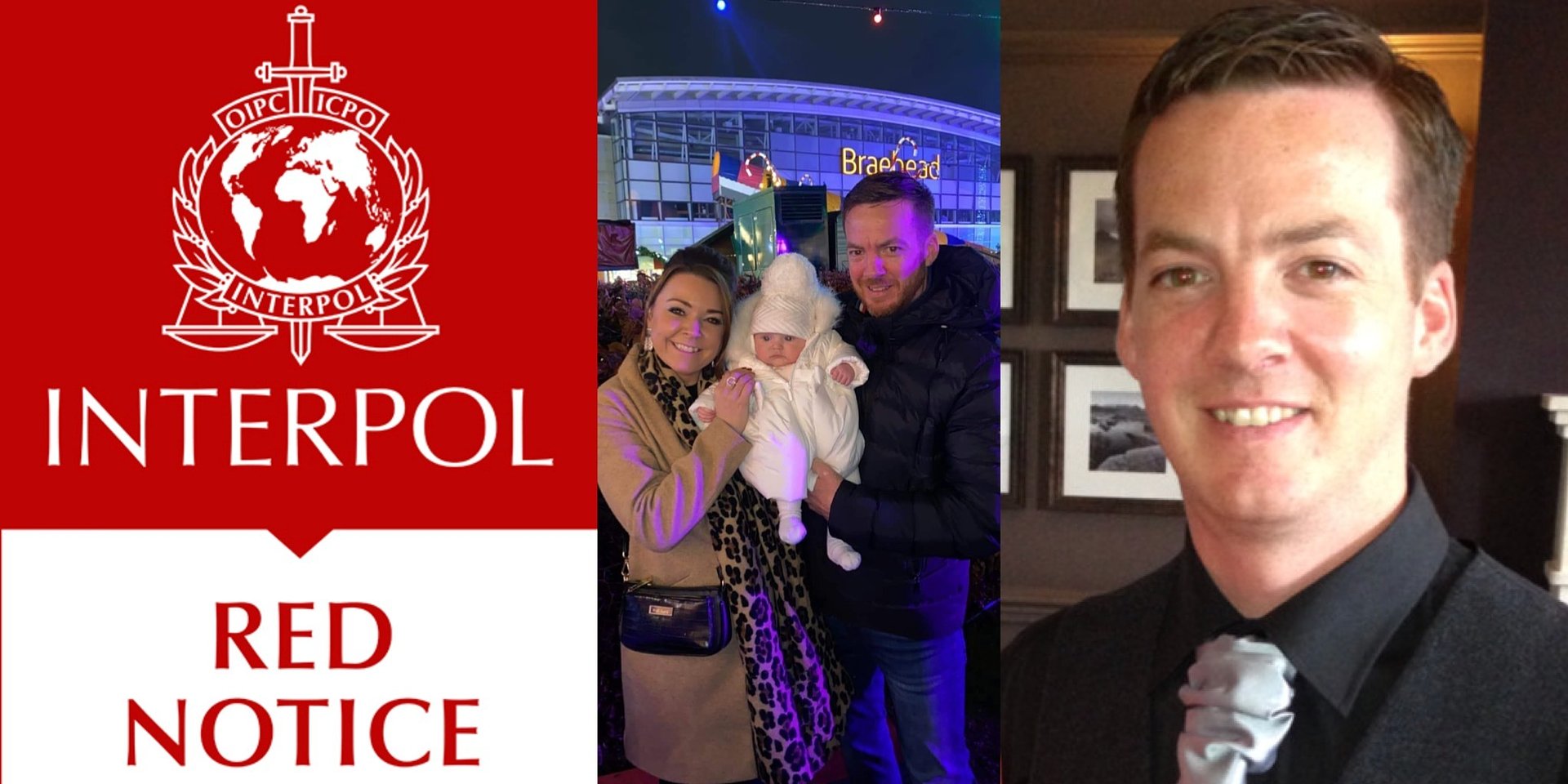 Brian's family eagerly awaits the moment he touches down in Scotland

Brian Glendinning awaits exit visa from Iraq
Scottish construction engineer Brian Glendinning was released from an Iraqi jail yesterday. He’s currently waiting in a secure Baghdad hotel for his exit visa before booking a flight to Scotland.
Due Process International founder Radha Stirling, who represents the Glendinnings said today, “Brian and his family are relieved and elated that he has finally been released. This was the day they’d all been dreaming of and they finally got the call they longed for.  However, his detention represents an egregious violation of his human rights, legal and Interpol abuse. He will take some time to recover emotionally, physically and financially and his freedom alone is not enough to compensate for those violations, nor to prevent it happening again”.
What went wrong?
“Brian took out a loan from Qatar National Bank and had been making regular substantial payments. When he fell behind the bank took it upon themselves to issue an Interpol Red Notice even though this is against Interpol’s charter. Debt is not a crime under Interpol’s remit so Qatar miscategorises such cases as ‘fraud’ to get them listed. Interpol simply hopes and prays that countries like Qatar will respect the rules but they have no checks and balances and rely on member states to be honest. There is no penalty, fine or punishment against countries who regularly abuse the system, even though this is clearly a violation of UN human rights principles.”
How often does this happen?
“Interpol abuse by authoritarian states is common. Interpol are aware but refuse to sanction countries for their violations and refuse to compensate victims. Middle Eastern banks misuse Interpol as an international debt collection service and in doing so, have caused the unfair and lengthy detentions of numerous customers who have fallen behind in payments. The banks will even artificially inflate the amount to meet Interol’s minimum criteria of 15,000 Euros. A number of British nationals have been detained abroad and subjected to lengthy and costly extradition proceedings. Robert Urwin was held for a year in Ukraine, Alan Stevenson for months in Prague. We’ve seen a young flight attendant circled by Italian special forces in Italy, others held in Mallorca and Tenerife and a British ex policeman pulled from his car in Cornwall. None of these Interpol Red Notices were legitimate and we were able to have them deleted, but only after the damage had been done.”
What did it take to get Brian out of jail?
“Behind the scenes, an Iraqi lawyer was appointed to represent Brian and to liaise with us and his family, but hiring a lawyer is almost always insufficient to achieve a resolution in these cases.
“We worked with Douglas Chapman, MP as soon as we took on the case, who in turn met with Qatar’s Ambassador in London and wrote a number of letters to members of the British government and foreign office.

Great news that my constituent, Brian Glendinning has been released from an Iraqi jail. We’ve all worked hard to make the case & have him returned to his family here in #Scotland - thanks to the @QatarEmb_London who I met last week, @Radha_Stirling @FCDOGovUK and Brian’s family pic.twitter.com/i3UD54WLkF

To see this content properly accept cookies.
“We brought the case to the international media and the Glendinnings created a GoFundMe to help with mounting legal expenses. Following the media spotlight and public outcry, an anonymous donor offered to help with the QNB debt so we immediately raised our contacts at the bank, negotiated a settlement and pushed the bank to expedite the criminal case release.
“We worked with the British Ambassador to Qatar and consular representatives to encourage Qatar to communicate the withdrawal of the extradition request with Iraq, furnishing them with the QNB case cancellation stamped by local police. The lawyer, Tahseen, presented the stamped document to the Judge who in turn contacted Qatar who confirmed they would withdraw their request.
“Without this kind of intervention, Brian would easily have been jailed for months [or years] and would likely have been extradited to Qatar where he would have served a two year sentence”. 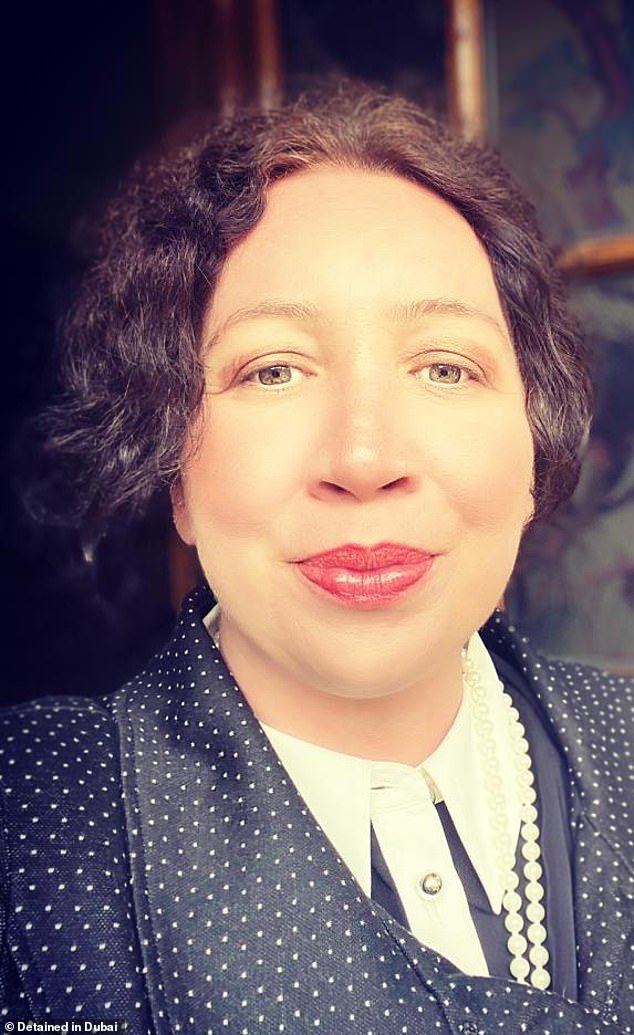 How can this be stopped?
“There are several recurring issues here that need to be addressed. Firstly, we are calling on the British government to actively inform citizens who have been listed on Interpol by an authoritarian state for financial crimes. This would give people the opportunity to apply for the Red Notice to be deleted before travelling and would prevent numerous unfair detentions and human rights violations.
“Secondly, member states of Interpol could take steps to check at the time of arrest if the matter is in relation to consumer debt. If it is, the subject should be released without processing it as a serious extradition request.
“Finally, member states who abuse Interpol’s databases should be sanctioned and victims compensated. This is something we are pursuing through the courts which will hopefully go a long way to preventing future arrests”.
When will Brian be home?
“We are hoping Brian will be reunited with his family tomorrow or Wednesday, but this is dependent on obtaining his Iraq exit visa and a suitable flight. There is still concern that he remains listed on the Interpol Red Notice system and could potentially be re-arrested at any hub en route to Scotland. We won’t feel entirely out of the woods until he has touched down in the UK.
Press Queries
We will keep media houses updated and welcome queries via email radha@radhastirling.com or WhatsApp/phone +447309114195.
Special Thanks
“We are forever grateful to all those who have supported Brian; The public, the media, Douglas Chapman, MP, lawyer Tahseen Alchaabawi, Ambassador Wilks and all those who helped behind the scenes.

Scottish man detained in Iraq sentenced to 2 years in Qatar jail ‘likely to be extradited’.

Storms in Iraq have prevented Brian Glendinning from returning to Scotland today as scheduled.