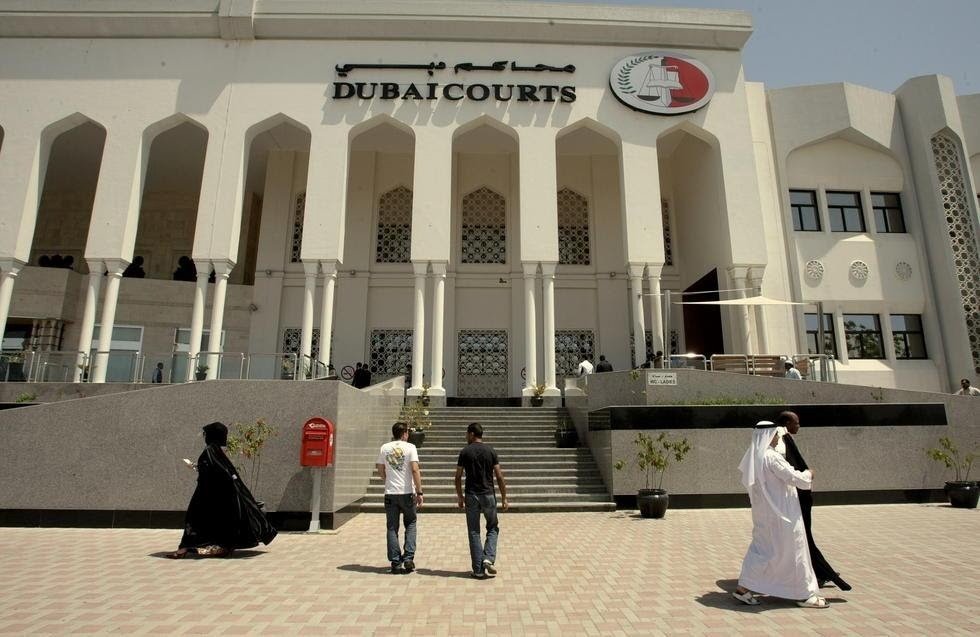 Detained in Dubai Updates for October / November 2015
October and November have been unusually busy this year.  This is partially we expect, the result of increased security levels in the UAE as well as economic uncertainty, leading to aggressive and gung-ho tactics from banks or privately originating disputes.
There has been an increase in Security measures in the UAE, random stop and searches and active arrests of people listed on police databases.  Temporary jails have been set up to enable the detention of more people as well as the closure of many border crossings to non GCC citizens.  The general attitude amongst intelligence forces in the UAE has swayed the private sector to fiercely pressure for the enforcement of lesser crimes, as well as pushing for international enforcement and Interpol involvement.
Despite media reports, the UAE remains active in its use of the Interpol database, extradition & the international enforcement of debt.
We report as follows:
Police, Immigration & Status Checks
We have experienced an increase in the number of status checks requested.  Most of the requests come from former residents of the UAE and are in relation to concerns over debt related issues, employment issues, company disputes or immigration concerns.
Of the checks performed, 30% returned with additional police cases that the client was completely unaware of, as well as the suspected cases.  One case returned with a conviction in absentia and a one month sentence for a complaint that they knew nothing about and an immigration ban.  Had he not performed the check, he would have been arrested on arrival and detained for his sentence.  Because it is financially related though, the matter can be resolved from abroad and his imprisonment prevented.Of the checks conducted, more than 50% discovered that there was a GCC wide report issued (via GCCPol) and some had active arrest warrants.
Once checks were complete, we were able to begin resolving the issues, to enable re-entry into the GCC and/or to prevent Interpol notices being issued.
In more serious cases, results lead clients to check the Interpol database to see whether any reports had been made internationally, a process that needs to be formally discovered because Interpol do not publish the majority of their notices publicly.
Interpol
The UAE (and other countries) have been very active in their use of Interpol, in spite of past media reports.  Interpol is still be used as a method of debt collection by banks and institutions and is a well known tool for spiteful former business partners or private parties seeking to extort funds.  In the past, clients have been willing to meet the demands of the Claimant, simply to have their name removed from Interpol.  Even where the demands are clearly unlawful, Interpol has provided them with a vessel to recover funds that aren't legally owed to them.  It has been impossible to argue the matter or take a counter claim against the originating party while abroad and yet completely possible for the complainant to activate an Interpol Red Notice.
Interpol has requested that countries cease using Interpol for civil and commercial matters, though member states have simply converted civil cases to criminal by changing the name to "fraud".  Interpol does not use their discretion when receiving reports and does not preside over whether or not to publish the request, this is left to the reported party to resolve.
Interpol removal applications require careful consideration of Interpol's own Charter and Guidelines in relation to the case.  Interpol meets periodically to review removal applications and make their decision based on the evidence provided in the original submission.
Being listed on Interpol can induce a range of problems for the reported person, including loss of employment, inability to travel, arrest and detention and is a preliminary step to the commencement of Extradition proceedings.
Please note that Interpol is not a necessary step for a country to apply for Extradition.  This can be done directly without the involvement of Interpol.

Interpol is only a tool to locate wanted persons.
Extradition
We have acted for several people this year who have been arrested following an Interpol Red Notice.  All have faced arrest and detention for various periods of time in the countries where they were apprehended.

Fortunately, all were released on bail, though the UAE has commenced Extradition Proceedings against all parties.
Defending an Extradition request is a costly and lengthy procedure even where it seems quite obvious that a country will deny the request.  Every request needs to be laboriously defended.  In Spain, most persons subject to proceedings are granted bail, though the entire procedure usually takes a minimum of six months to resolve, usually more.  During this time in most cases, the bailee is not permitted to leave the country where proceedings have been initiated.
While there is no Extradition Treaty in Germany, one person was detained for over three weeks as German authorities were not accustomed to dealing with such matters and were unsure how to respond to the request.  Not having a reciprocal agreement, does not mean that it is not possible to extradite someone.  On the contrary, the lack of a Treaty means that certain safeguards and protections are not written in to Statute.  This can render a subject even more vulnerable.
We have this month, provided Expert Testimony to Extradition lawyers in the UK to defend the proposed Extradition of a British National to the UAE.  The UK has certain provisions in their Extradition Treaty that disallow the Extradition of persons where there is a possibility of human rights violations.  We certainly have extensive accounts of human rights violations in the UAE and anticipate that the UK will accept this evidence and deny the request.  More news on this shortly.
Debt Negotiations
Debt related queries have increased substantially in the latter part of this year and mostly because institutions in the UAE are relentless in their pursuit of debts internationally. 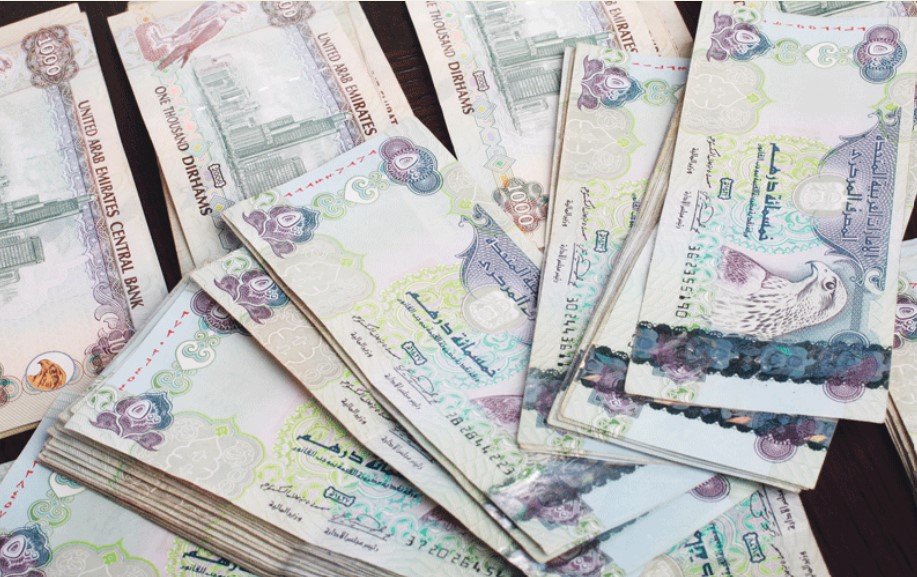 The tactics vary depending on the location of the debtor and range from threats to life and family, harassment at place of employment, Interpol Red Notice threats and legal proceedings/bankruptcy threats.  Most commonly in the UK, banks have used debt collection companies to issue Statutory Demands and launch civil actions through the UK Courts.

The banks have been quite successful in scaring debtors into paying their obligations.  However, most people are simply not in the position to repay the amounts demanded.  In some case, the amounts are double the actual amount borrowed after fees and interest has been added.

When a person genuinely can not pay, it is disadvantaging for the bank to launch costly legal proceedings for bankruptcy, since they will end up with far less later (and far higher costs) than the customer is offering now.

However, their aggressive tactics remain in play.

It is important to tackle these matters as soon as possible, to stay any legal actions or Interpol reports.

Lawyers in the UAE - Update

When facing a Court appearance in the UAE, selecting a lawyer is perhaps the most important step in achieving justice in the UAE.  It is imperative to obtain an Agreement from your lawyer, so as to not render yourself vulnerable to "lawyer fraud".  We have received many reports from people who have paid their lawyer and not received a contract, nor a receipt.

When the lawyer does not perform the tasks verbally agreed, there is little recourse.

Many lawyers continue to practice unregulated and unlicensed in the UAE and no complaints can genuinely be made to any legal regulatory bodies in this event.  There is no disciplinary procedure.  If a contract is made, at least this can be enforced in Court.

There are of course many wonderful and dedicated lawyers in the UAE who value their clients and reputation.  However, it can be quite difficult to find one and know that you have, before hiring them.

This past quarter has brought more surprising cases in the UAE, including a rental car company dispute that seems like possible extortion tactics, a victim of a burglary being charged with homosexuality, falsified police case reports to achieve immigration bans for personal reasons, convictions in absentia and discussions being reported as "offensive behaviour" to police.
We continue in our endeavours to help people negotiate the complex and unpredictable labyrinth of what is the UAE judicial system

A UK charity has urged expats to arrange a criminal check on themselves before returning to the UAE, to avoid being arrested for an offense of which they were unaware.

A man was arrested last week on arrival at Dubai International Airport, after a police check returned false negative results.The accusations for which he was detained were of a petty nature.  However, had his police and immigration check returned accurate results, the ma...

Substantial Increase in Legal Problems for White Collar Indians in the UAE, including Interpol & Extradition

The UAE is composed of many nationalities, though Indians form over 50% of the total population in the UAE.   20% of Indian expats are working in professional employment with a great number of entrepreneurs establishing businesses in a flourishing economy. There are an e...