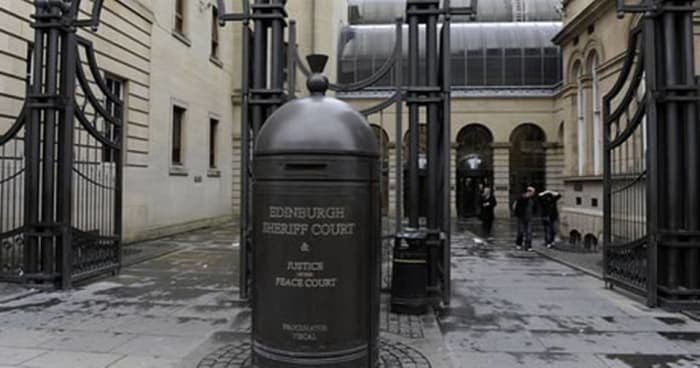 Edinburgh Sheriff's Court, where a caring father's freedom will be decided.

Bus driver Mr Black was forced to flee the UAE to support his daughter when her marriage to a local man became unbearable. He left his life and business behind when he returned to Scotland to start anew at the age of 60. Black suffers from chronic asbestosis, and has struggled to rebuild his life in Edinburgh, where he is currently working as a bus driver.

Black was accused of Breach of Trust in a case created by his former son-in-law, after Black’s daughter fled her marriage. The UAE reported the case to Interpol and is seeking extradition.
The Edinburgh Sheriff's Court is set to decide the case in the coming days.

Radha Stirling, CEO of Detained in Dubai, who will provide expert testimony at the extradition hearing tomorrow, says, “The UAE is increasingly using Interpol for frivolous cases that do not even fall under Interpol’s mandate. Interpol is not an instrument to be used in private disputes, yet the UAE frequently reports non-criminal matters such as debt defaults and bounced cheques. Mr. Black’s case is particularly alarming because not only is it a private matter, but the motive behind it is essentially a personal grudge.”

The United Kingdom has consistently denied extradition requests by the UAE, citing the lack of human rights protections in the country, and the potential risk of torture and abuse in police custody.

“With the High Court’s recent decision in the Lodhi case, it has been established that the UAE is not a safe place to which UK citizens may be extradited; and this should apply throughout Europe and the West in general,” Stirling explains. “If Mr. Black were to be extradited, given the personal nature of the case, and the family connections and influence of his former son-in-law, he would be in danger of serious violations of his human rights. It appears that the goal of this case is to force Mr. Black’s daughter to return to the UAE, and the case is being used as leverage to coerce her capitulation. When the entire process leading up to this extradition request has been pursued with extreme bias by UAE authorities on behalf of an Emirati National disgruntled over the breakup of his marriage, there can’t be any serious expectation of a fair trial for Mr. Black.”

The ruling of the Sheriff's Court is highly anticipated in this case, as it will determine whether Scotland will entertain extradition requests by the UAE in the future, at considerable expense to taxpayers, or whether they will concur with the UK High Court’s opinion that the UAE’s human rights record makes it ineligible for extradition.

The UAE has drawn foreigners to its shores for a number of years, attracted to the well marketed allure of a glamorous, affluent lifestyle with unmatched business opportunities.  While some foreigners have enjoyed a genuinely positive experience, others have suffered jud...

In July a British woman was arrested in Italy for an Interpol Red Notice because of an unpaid credit card. She was held for 30 days facing the prospect of extradition to the UAE to face imprisonment.  In August a British man was detained by Interpol in Germany for a simi...