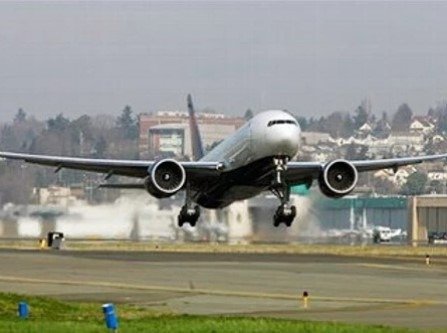 The UAE has drawn foreigners to its shores for a number of years, attracted to the well marketed allure of a glamorous, affluent lifestyle with unmatched business opportunities.  While some foreigners have enjoyed a genuinely positive experience, others have suffered judicial abuses and continue to fight the UAE from abroad for their global freedom.

The most common examples of judicial abuse include inaccurate or false accusations from business partners, employers or commercial companies for crimes such as fraud or breach of trust.  Where financial institutions are involved, mortgage and loan defaults have been inappropriately escalated to intentional fraud.  Even rental car companies and other commercial service providers have made accusations of fraud resulting from disputes with customers.
An ideal judicial system would involve the careful review of evidence preceding a decision based on the authenticity of the claim.  The Plaintiff (Claimant) would need to prove the intention of the Defendant to commit the alleged crime and the Defendant would be treated as innocent, retaining his full rights to work and travel throughout proceedings.  In the UAE however, when a criminal accusation is made even when arising from a civil dispute, the accused will be prevented from travel and have his passport confiscated rendering him unable to work in the UAE.
If the accusation is made once the accused has left the UAE, the Claimant will usually receive a default judgement in their favour or a conviction in absentia.  More often than not, the convicted person who is absent from the UAE will be unaware of his conviction.  Criminal convictions are obtained for offences that most countries would process via civil proceedings.
Once a conviction in absentia is procured, the enforcement procedure involves reporting the conviction to Interpol, an International organisation established to facilitate communication between police enforcement agencies.  On the basis of the red notices that have been published on Interpol's website, the UAE reports 8500% more notices per head of population than the USA and this only accounts for what is publicised.
Interpol
The role of Interpol is widely misunderstood, partially due to its portrayal in cinema as an enforcement agency.  The organisation was established only to facilitate communication between police for member countries.  The result of this communication by default, results in enforcement through the messaging system though not from Interpol directly.  In essence, all member states will be made aware that the UAE seeks to pursue an individual internationally. Local law enforcement agencies may carry out the request if they discover the wanted individual's location.  This may lead to the initiation of extradition proceedings from the requesting country, though this is neither automatic nor obligatory.
In a case where the UAE informs the arresting country that they do not intend to pursue extradition, the wanted person shall be released and is subject to arrest in the future.  This can lead to multiple arrests in different countries and provides the reporting country with the opportunity to "jurisdiction shop" and withhold extradition proceedings until they discover his arrest in a more flexible country where extraditions may be easier or more open to manipulation.  If Interpol's role is to assist in the location of an alleged "fugitive", then surely their role is complete once a fugitive has been discovered the first time.  If the requesting country chooses not to extradite, Interpol's role has been fulfilled and then red notice should be cancelled.  Per contra, this deficiency in procedure brings to question the true role of Interpol.  If they have located the alleged fugitive, their role has been fulfilled and the notice should be removed immediately to protect the rights of the accused and to prevent the endless cycle or unwarranted arrests.
Interpol has no obligation or responsibility to review the reports it receives from member countries.  It accepts red notices without an effective review of evidence and has allowed reports for "breach of trust" to be listed, despite this not being a reportable crime under their own guidelines.Many innocent individuals who have become the subject of an Interpol Red Notice have been arrested multiple times, in multiple jurisdictions and despite the UAE advising Interpol that they do not intend to seek extradition, the "fugitive" is persistently "caught and released", constituting abuse and harassment.  Interpol has claimed that the cancelation needs to come from the issuing country (UAE) though the UAE refuses to issue a cancelation on the one hand, while refusing to extradite on the other.  This is clearly an abuse of the Interpol system and one that wreaks havoc on people's lives.
Interpol's role, guidelines, accountability and failures have been subjected to review in the media and in printed books, in light of the less serious and often baseless crimes that have been reported to Interpol.  Interpol seemingly has an immunity to legal liability and governmental review, being an International organisation.  For an organisation to be permitted to fail in so many areas without easy recourse, leaves people open to human rights violations.
Crime Categories
The UAE has initiated Interpol red notice reports for cases involving:Business Disputes
Bounced Cheques
Breach of Trust
Fraud
Credit Card Debts
Mortgage Defaults
Rental Car
Customer Disputes (of less than 5,000 Euros)
Fair Trials International has advocated for Interpol to be more accountable in their report "Interpol misused as International Debt Collectors": http://www.fairtrials.org/press/interpol-misused-as-international-debt-collectors/ and "Policy Report - Interpol and Human Rights:"  http://www.fairtrials.org/publications/policy-report-interpol-and-human-rights/
We have joined forces with other Interpol & Extradition lawyers to lobby against the misuse of Interpol and against Interpol themselves for breaches in procedures, resulting in human rights violations.
In the UAE, it is practically automatic to file criminal charges against a party immediately upon the occurrence of a perceived dispute.  It is acceptable to be subjected to criminal proceedings in the UAE and considered commonplace, especially when in business or even just participating in day to day life.  Criminal allegations are commonplace and the benefit of the doubt is automatically given to the complainant.

Recurrently, if a complaint is made by a foreigner, a retaliatory complaint is made and despite having no substantial evidence, standard procedure of arrest, a travel ban and passport confiscation is inevitable.
Financial institutions and popular international banks constantly threaten the use of Interpol and criminal proceedings in the event of repayment difficulties.  They do not do this in other jurisdictions but do so in the UAE simply because they can.  HSBC for example has filed criminal proceedings against customers in the UAE for defaults that could not be considered criminal in other countries.  These complaints can then be escalated to Interpol.
Extraditions
There have been countless requests from the UAE to either harass people via Interpol or pursue extradition.  In Spain alone, we have assisted with several UAE initiated extradition requests.  All extradition requests have failed, usually due to Spain's acknowledgement that the UAE has either unsubstantiated claims or that the crimes reported are not considered crimes in Spain.  All such cases were established as "breach of trust" in the UAE, but escalated to "fraud" for the purpose of Interpol harassment.  No such cases were extraditable offences and there was an extreme lack of evidence in all pursuits.  However, the UAE refused to cancel their Interpol notices, perhaps in hope one day, that the subjects may travel to a more flexible location where little attention is paid to the evidence at hand.
Other requests have been made to Germany.  Germany has no extradition treaty with the UAE but this can sometimes lead to less statutory protection for the subject who will still be open to extradition proceedings.  One individual was released after several weeks in detention and permitted to return to the UK where a second attempt could be made.
The UK has been resilient to the UAE when they have seriously pursued extraditions through the lengthy trial process.  The extradition treaty provides protection to individuals under request and can deny requests based on the possibility that his human rights may be violated if extradition were permitted.
We continue to fight extraditions to the UAE while abuses of the judiciary and the enforcement process remain.

Substantial Increase in Legal Problems for White Collar Indians in the UAE, including Interpol & Extradition

The UAE is composed of many nationalities, though Indians form over 50% of the total population in the UAE.   20% of Indian expats are working in professional employment with a great number of entrepreneurs establishing businesses in a flourishing economy. There are an e...

A UK based NGO has secured the release of a British woman, who declines to be named, after a month under arrest in Italy, waiting to hear if she would be extradited to serve a lengthy term in a Dubai desert jail. Her crime? She simply fell behind on her credit card payme...