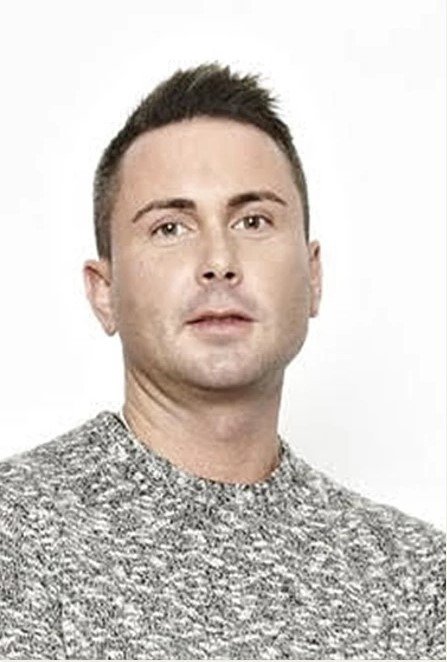 Michael Halliday is defending in the UK Magistrates Court, an extradition request in the UAE. Radha Stirling, founder and CEO of Detained in Dubai said in a statement "We fully support Michael Halliday's defence on the grounds that if he were extradited, he would suffer human rights violations for a multitude of reasons and more so, due to his homosexual status. The Judgment is scheduled for delivery tomorrow and we expect a favourable result. Until the UAE improves its situation, we can not support extraditions".
The Guardian News Reports [21st Dec 2015] as follows:Michael Halliday, who is accused of theft from store where he worked, fears he could be punished disproportionately because of his sexuality.
A gay man is resisting extradition to the United Arab Emirates, where homosexuality is a crime, because he fears he could be tortured and punished disproportionately. The unusual case of Michael Halliday, 32, from the Midlands, who faces a theft charge in Dubai, is due to be decided by Westminster magistrates court this week.
One disturbing aspect of the case, according to his lawyers, is that an independent expert sent out to Dubai by the Crown Prosecution Service (CPS), which is acting as legal agent for the UAE in the case, was refused access to inspect prison conditions. The court has been told that over the past five years there have been 43 cases of complaints by British nationals of torture or mistreatment within the UAE justice system. Of those, 37 related to British nationals detained in Dubai and 19 of them alleged they had suffered physical beatings.
According to legal papers submitted by Halliday’s lawyers, letters from the Foreign Office state that “25 allegations were of physical assaults; these ranged from a slap to repeated assault. Other complaints included forced confessions and deprivation of food, water and use of toilet.” . The theft allegation relates to money said to have disappeared from a safe at a department store where Halliday formerly worked.
The formal request for his extradition was made by the UAE in June last year. Hailliday, who denies the accusation, worked as an operations manager, developing the retail site. He told the Guardian: “I’m extremely worried. If I was sent back I don’t believe I could defend myself in court or have a fair trial. The fact that I’m openly gay would mean that there would be prejudice against me.

“If I was found guilty then I’m worried they would add on extra charges and increase my sentence. The punishment [for being gay] is death in the UAE and 10 years in Dubai.” He said CCTV footage supported his case, and witness statements from two employees who had given evidence against him contained factual errors. “In a UK court of law it would be fairly clear that there’s no real evidence. My mother has had to take out a mortgage to pay for my legal representation. If I am sent out to Dubai I won’t be able to pay her back.” Gay sex, or “consensual sodomy” between males, as it is defined, is punishable by death under article 354 of the UAE federal penal code. The penal code for Dubai provides for 10 years imprisonment for consensual sodomy.
Halliday’s sexuality, referred to in legal submissions, “is now well known to both the authorities in Dubai and his former colleagues in Dubai,” according to court documents.
“Discrimination against people of foreigners poses a serious risk,” it is argued. “He has no friends or family in the UAE to assist him while he is detained or to ensure that he has appropriate access to legal representation.”
Halliday’s barrister, Ben Cooper, has told the court that his client would be unlikely to receive a fair trial and would be at risk of disproportionate punishment and ill-treatment. “There is the additional real risk of torture prolonging the pre-trial period of incarceration and his ability to participate in any trial,” Cooper said.
A CPS-instructed independent expert sent out for the purpose of inspecting the locations where Halliday would face detention pre-trial and if convicted was refused access. This “demonstrates that the UAE continues to close its doors to monitoring and inspection,” legal submissions on Halliday’s behalf argue.
Jonathan Black, Halliday’s solicitor from the law firm BSB Solicitors in London, said: “We are disappointed that the CPS has accepted what the UAE says about its penal policy on the assurance that there’s nothing wrong with the conditions without being allowed to check for themselves.”

The CPS declined to comment about whether it had been given access to prison facilities in Dubai. A spokesperson said: “The extradition hearing has taken place and judgment will be handed down on 22 December. In this document the judge will provide his findings of fact covering the basis of the extradition request and the challenges raised by Mr Halliday. It is therefore not appropriate to provide any comment to the questions raised at this point in time.”
http://www.theguardian.com/law/2015/dec/21/gay-briton-fights-extradition-to-dubai-michael-halliday

This afternoon [22nd December 2015], the Westminster Magistrates Court ruled against the UAE's Application to Extradite Michael Halliday who had been accused in the UAE of breach of trust; which they argued in Court was the equivalent in the UK of Theft and Fraud.

The UAE has drawn foreigners to its shores for a number of years, attracted to the well marketed allure of a glamorous, affluent lifestyle with unmatched business opportunities.  While some foreigners have enjoyed a genuinely positive experience, others have suffered jud...