Gulf in Justice Podcast reveals Israelis keen to do business with the UAE might be jumping in the deep end, risking their reputations and even their lives.  UAE expert Radha Stirling, discusses the issue in depth.

Detained in Dubai CEO, Radha Stirling, has warned Israelis who explore commercial relations in the UAE, could face untold risks that could see their life savings stolen, their businesses damaged or ruined, and could even see them winding up in one of the country's notorious prisons.  Sean Hannity weighs in on celebrity promotion of the nation of contradictions in the new episode of Gulf in Justice.
Stirling discusses, “The UAE immediately embarked upon fresh campaigns directed at Israeli investors and businesses, hoping to entice entrepreneurs to expand their activities into the untapped Middle Eastern economy.  And the Israeli commerce sector is equally excited for reciprocal trade and commerce, looking forward to openly accepting Arab investors into local activities.

“Israeli Banks and financial institutions are excited to work with banks in the Emirates and according to the Senior Vice President of Bank Hapoalim, are already in discussions.  But banks in the UAE have a long and sinister history and existing Israeli banks who partner with them may end up sharing in the reputational damage that they attract, as they steal foreign investment, land, jail customers or report them to Interpol.  On the other hand, the normalisation of dealings may force UAE banks to rise to international standards of process.

“In reality, both scenarios are likely to run contemporaneously, as they struggle to merge ideas and practices.  Ultimately, I expect that things will improve, but not without teething issues that will last for years and decades.

“Israelis are likely to feel a sense of confidence to deal with banks, especially with a push from their own country.  This confidence and hope is likely to overshadow any doubt or fear and like many before them, they will only find out about the threats of investing in the UAE, when it is too late.

“I founded Detained in Dubai in 2008 and have seen quite literally,  thousands of quite terrifying actions and campaigns against investors and entrepreneurs, who are the most vulnerable people in the UAE.

“The Israeli media is only just beginning their investigations into endless abuses against foreigners and few will pay attention to what is seen as negative, in the face of more uplifting events like the UAE-Israel Digital Economy Summit which took place this month.

“The devastating effects of covid lockdowns throughout the world has made both countries even more eager to explore and Joseph Dov Kohan of Kramer Electronics said this couldn’t have come at a better time.  The issue comes when mutual enthusiasm overshadows due diligence and risk assessment.  Individuals and businesses can end up severely damaged, with huge financial losses, and in the UAE quite commonly, mistakes can lead to jail for the officers of the companies.  Israelis have simply not experienced this yet but it is inevitable that they will.

“Enthusiasm and let’s say, recklessness, is a trait of many successful entrepreneurs, and much innovation around the world.  But when it comes to the Middle East, this “go getter” attitude can mean the end of business and innovation, and even complete and utter ruin to the tune of hundreds of millions.  And the more successful one is, the more likely they are to be targeted by experienced locals, some of whom have amassed their fortunes by screwing over foreign investors.

“The British, the Americans, Australians and Europeans have all been victims of systemic business and investment theft, made possible by a non-independent judiciary that is more of a tool of legal abuse for powerful Emiratis.  Put it this way, if gambling on legal outcomes in the UAE were a thing, you can always bet on the local and it’s not because they are wiser or more knowledgeable, but because of the corruption that encapsulates the entire law enforcement apparatus, established to benefit Emiratis, who are actually a minority group in their own country.

“Trade advocates are encouraging Israelis to respect Emirati culture to avoid issues.  The Brits, though, have been in alliance with the UAE for decades.  But the UAE is still the most likely place for British nationals to run into legal trouble abroad.  We are not talking about Brits who have committed serious crimes or those who have been offensive, ungracious or disrespectful.  We are talking specifically about those Brits, whether tourists, expats or investors, who have been abused by Emiratis.  We are talking about rape victims who were jailed for sex outside marriage, about Scott Richards for supporting a charity on facebook, Laleh Shahravesh for calling someone “horse face” from outside of the jurisdiction of the UAE and those who have become indebted to a bank through no fault of their own, criminalised by a system designed to give banks a jail card to hold over struggling foreigners”.

Ms Stirling discusses the potential risks to Israelis, issues pertaining to free speech, the UAE’s cybercrime and social media laws, the persecution of minority groups and the serious risk to businessmen and investors.

Israelis should watch their step in the UAE, it's easy to wind up in jail, attorney warns - Middle East News - Haaretz.com

Founder of legal assistance organization Detained in Dubai warns deal with Israel could help whitewash the UAE, a country where you can get jailed for a bad review on Twitter

Detained in Dubai is an organisation founded in 2008 by Radha Stirling, leading human rights advocate, crisis manager and policy consultant, focusing on the UAE and the wider Middle East.

Veteran Middle East justice expert Radha Stirling launched her podcast Gulf in Justice in August 2020. Stirling has helped more than fifteen thousand clients over her thirteen years with organisation Detained in Dubai, which she founded in 2008. Gulf in Justice discusses up to date topical issues, interviewing a variety of guests and promoting change in the region.

Detained in Dubai is an organisation that campaigns against judicial abuse in the UAE and Gulf region on behalf of expats and tourists, its founder and CEO, Radha Stirling, is the leading international commentator on the justice systems in the Gulf,  a pioneer advocate for reform of Interpol, and a sought after analyst for Western policy makers.

Listen to the Gulf in Justice Podcast on Spotify:

Listen to this episode from Gulf in Justice on Spotify. The normalisation of diplomatic relations between the UAE and Israel has been touted as a great stride towards peace in the Middle East. While Israel and the Emirates have had an informal cooperative relationship for many years, the official establishment of diplomatic ties certainly goes a long way to spread regional acceptance of Israel, which should help ease tensions. The UAE immediately embarked upon fresh campaigns directed at Israeli investors and businesses, hoping to entice entrepreneurs to expand their activities into the untapped Middle Eastern economy. And the Israeli commerce sector is equally excited for reciprocal trade and commerce, looking forward to openly accepting Arab investors into local activities. But what does the future hold for unsuspecting Israelis? What are the risks of doing business in the UAE? Radha Stirling, founder of Detained in Dubai and the Gulf in Justice Podcast discusses. Radha Stirling is a leading human rights advocate, crisis manager and policy consultant, focusing on the UAE and the wider Middle East. She is the founder and CEO of British based organisation Detained in Dubai and its subsidiaries, (which have helped thousands of victims of injustice over the past thirteen years). Criminal & Civil Justice Specialist, Expert Witness, Speaker, Founder of Due Process International, Detained in Dubai, IPEX Reform and Gulf Investment Monitor www.gulfinjustice.news info@gulfinjustice.news 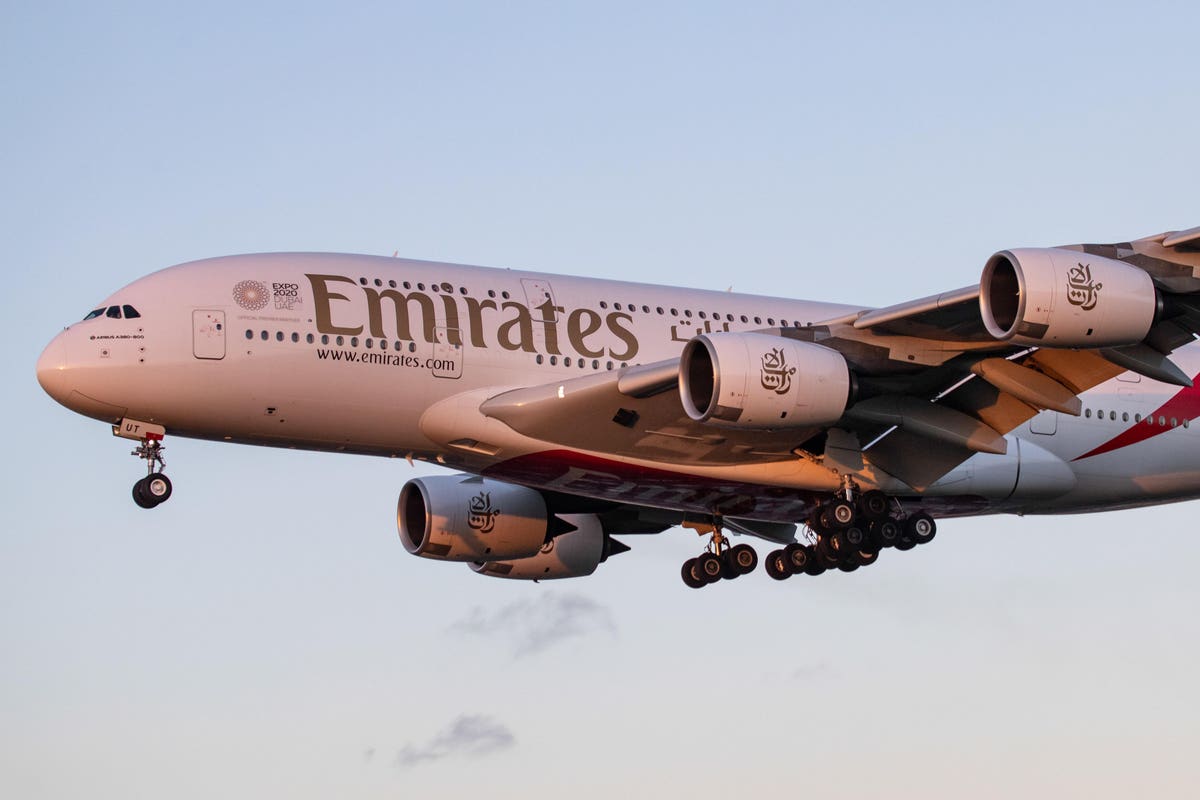 Will Changes In Harsh Laws Recharge United Arab Emirates As A Business And Tourist Destination?

Will changes to the Islamic legal code in the United Arab Emirates reduce the risk of arrest for business and leisure travelers?

The small northern emirate of Ras Al Khaimah is aggressively soliciting foreign investment, but eager Israeli investors should be wary. The government of RAK, under Sheikh Saud bin Saqr al Qassimi has been waging a relentless campaign against everyone who put the tiny em...

Thirteen years ago, Radha Stirling for the first time, navigated Dubai’s complex and foreign legal system to secure the release of her friend and colleague, Cat Le-Huy, who had been held on fabricated and baseless charges.  Since then, Stirling’s organisation “Detained i...