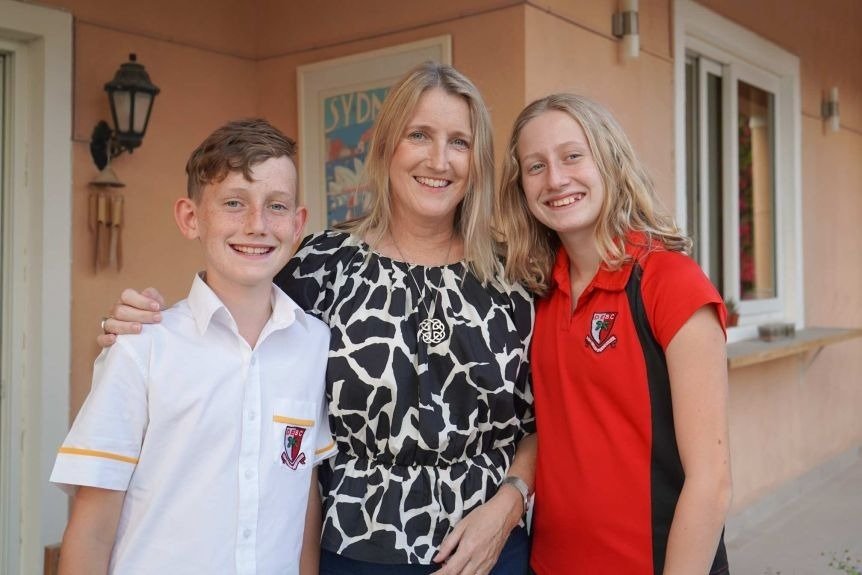 Like many expatriates in the United Arab Emirates (UAE), Australian Frances McGregor thinks Dubai is a modern and glamorous place to call home.

This is a city that boasts the world's tallest building, the world's largest shopping mall, a water park just for dogs, and traffic jams comprised entirely of luxury European cars.

It has long sold itself to Westerners as a liberal outpost in the Middle East, where you could wear bikinis on the beach and drink in bars and restaurants.

But for Ms McGregor, the case of a young Filipina waitress who was raped on her way home from work punctured that glittering facade. 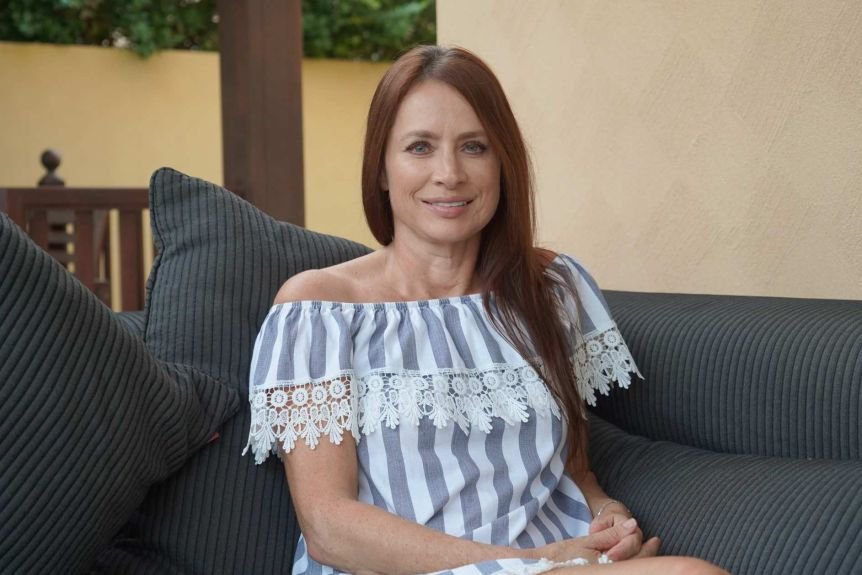 Australian Frances McGregor says she still remembers a case in the UAE where a victim was treated like the criminal.(ABC News: Shaikh Saleh)

The woman reported what happened to police but ended up being jailed the next day. Ms McGregor, whose company employed the woman, tried to intervene.

"We got her out of jail and she was deported immediately," the former HR worker said.

"So the victim there was treated like the criminal."

The woman had been jailed for breaking a ban on sex outside of marriage, one of many women in the Gulf state who were charged after reporting sexual assault, according to human rights groups.The laws made headlines in 2016, when a British woman was charged in Dubai after reporting her own rape. The case was later dropped after an international outcry.The UAE also forbid couples from living together or even sharing a hotel room if they were not married.But now, sex outside marriage is no longer a criminal offence in the UAE — unless it is adultery, which remains a serious crime.The change was part of a major shakeup of personal and family law announced suddenly by the UAE's Government in November. 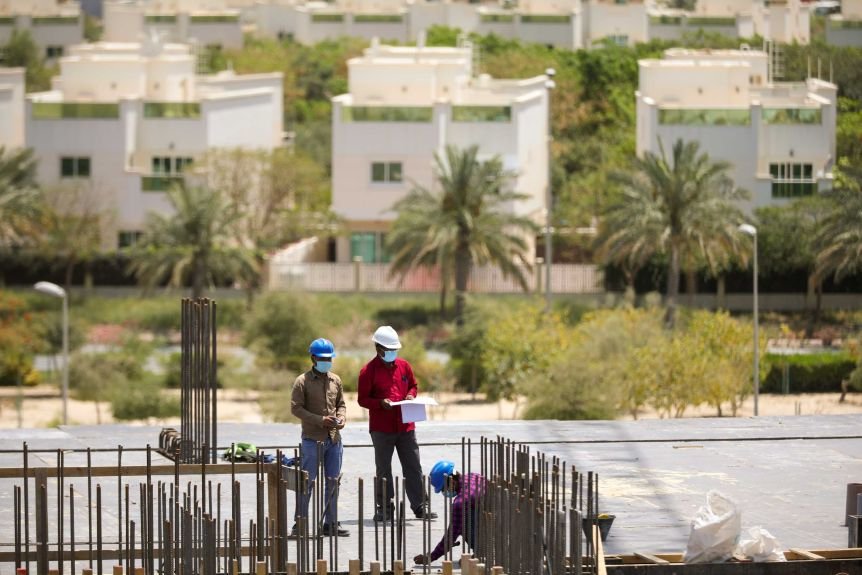 About 90 per cent of people in Dubai are foreigners, many of them low paid workers from Bangladesh and Pakistan.(Reuters: Christopher Pike)

What triggered this progressive overhaul is unclear, but it may be an attempt to lure back the foreign workers who fled the Gulf state in droves due to the coronavirus pandemic.

Low paid foreign workers from Bangladesh and Pakistan may be willing to go back to toil on construction sites and as maids in private homes.

But UAE authorities — who are preparing to host a deferred World Expo in 2021 — appear worried rich Westerners may not return.
'To have such antiquated laws, it just doesn't match'
Despite Dubai and Abu Dhabi being flashy, modern cities, the UAE had a conservative legal system based on Islamic law.

But Dubai residents say proposed changes to the country's laws are a significant shift.

"Dubai is a really fast-moving, forward-thinking, progressive city and to have such antiquated laws, it just doesn't match," Ms McGregor said.

"So they have to do something to operate in a global market, get foreign investors." 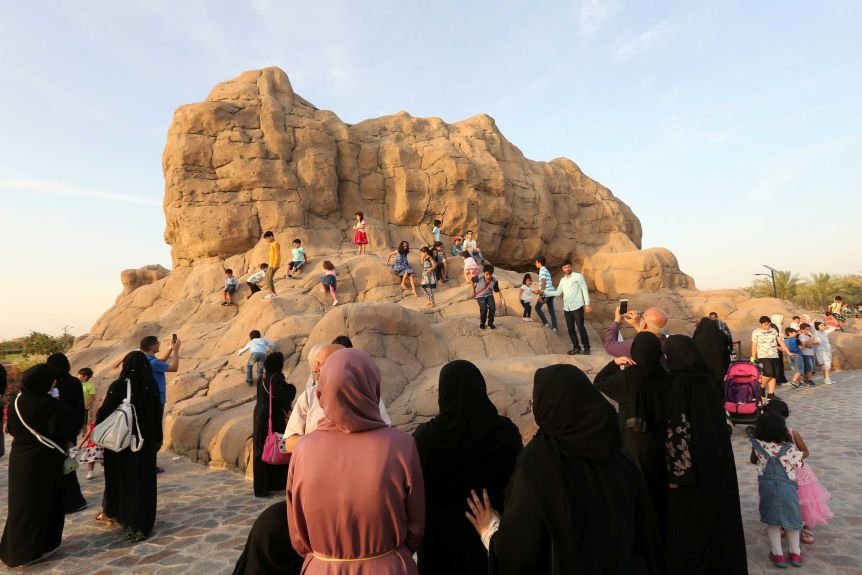 The UAE has largely maintained its status as a desirable destination for expats and investors.(Reuters: Satish Kumar)

Among the reforms are changes to personal and family laws which will allow foreigners to settle divorce and inheritance using the laws of their home country.

It was welcomed by expatriates, who make up nearly 90 per cent of the UAE's population, and comes after years of high-profile cases of expatriates falling foul of the arcane system.

These include the jailing of Australian property executives Matt Joyce and Marcus Lee for fraud charges, of which they were later acquitted.

The pandemic saw a mass exodus of expats
The UAE has largely maintained its status as a desirable destination for expats and investors despite these incidents. 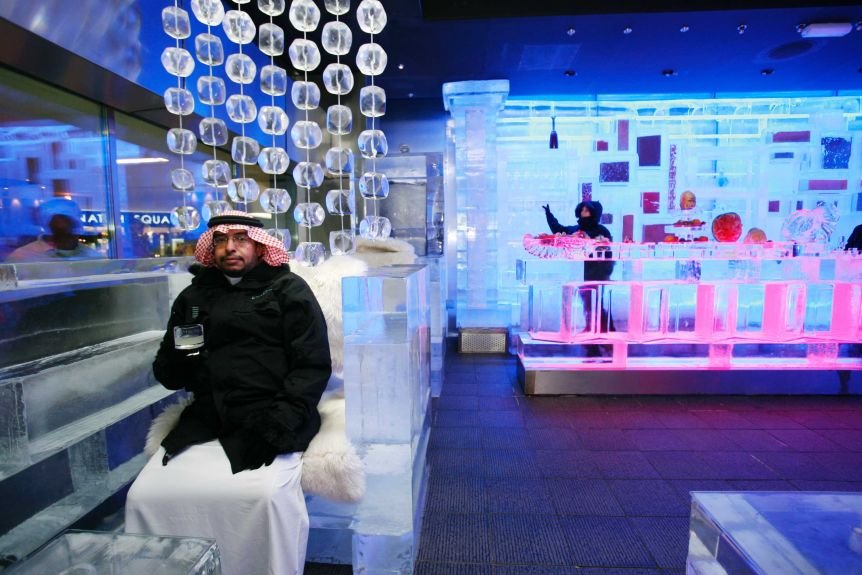 Alcohol will be decriminalised as part of reforms designed to make UAE more attractive to foreigners.(Reuters: Ahmed Jadallah)

But many have lost their jobs in the coronavirus downturn, with economic forecasts predicting things will get worse.

The UAE recently introduced a retiree visa in a bid to attract new foreign residents.

Lawyer Radha Stirling, who founded the advocacy group Detained in Dubai, said the fear of losing expats and investors has triggered the legal reforms.

"It's a marketing facade," she said.

"I see that the UAE is extremely desperate at the moment."

Other changes — such as removing a prohibition on having alcohol in your bloodstream in public and decriminalising suicide — will also benefit the UAE's residents.

"I think it really shows an open-mindedness for this country and it shows that it's really looking at the people who are living here," said Majella Skansebakken, an Australian who has lived with her family in Dubai for four years.

"It's accepting them and it's respecting them." 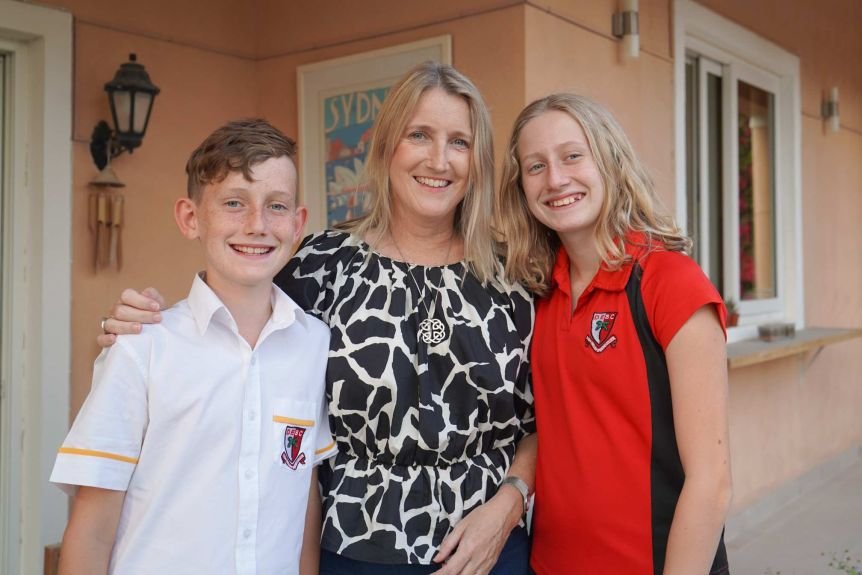 Majella Skansebakken, an Australian who has lived with her family in Dubai for four years, says the changes to the laws show "open-mindedness".(ABC News: Shaikh Saleh)

The UAE has also increased penalties for sexual harassment and domestic violence in a bid to improve the treatment of women and also removed 'defending family honour' as a legal defence for the assault of women.

But it may have to do more to reverse years of negative attention on this issue.

Just this year, a 32-year-old British woman working for a literary festival alleged the UAE's Minister for Tolerance had sexually assaulted her at a business meeting on a private island.

He denied the allegations and was not charged.
How Princesses helped expose the UAE's dark side
Women within the Royal family have also been coming forward with their own complaints about abuse.

While the UAE Government said these incidents related to "private family issues", they have highlighted problems for Emirati women in particular. 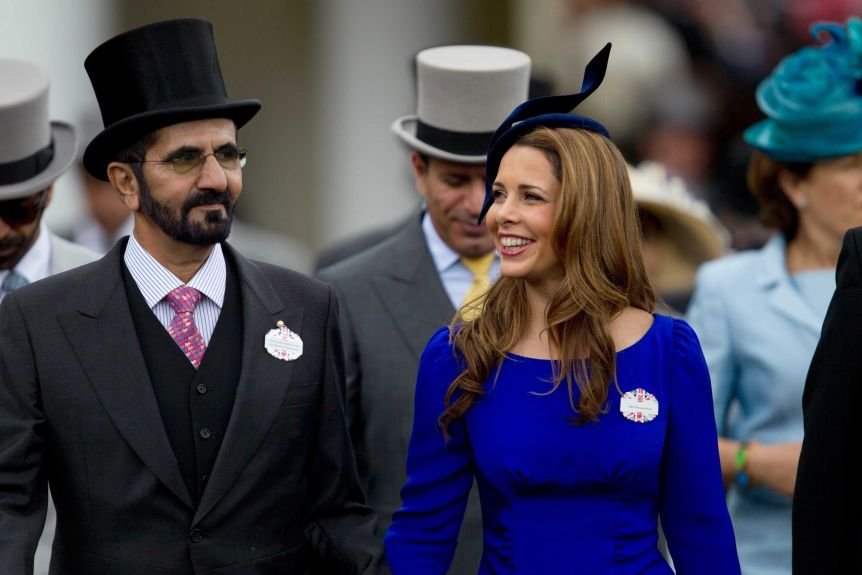 A legal battle between the powerful ruler of Dubai and his estranged wife led to a showdown in a London courtroom.(AP: Alastair Grant, File)

In 2018, the Emirate of Dubai's ruler Sheikh Mohammed Bin Rashid al Maktoum allegedly used Emirati and Indian commandos to kidnap his daughter, Princess Latifa, when she tried to escape the country on a yacht.

Sheikh Mohammed said Latifa was now "safe in the loving care of her family and had never been arrested or detained".

But her case is being investigated by the United Nations Working Group on Enforced and Involuntary Disappearances.

Then came the shock departure of Princess Haya, Sheikh Mohammed's sixth wife, who fled to London with their two children.

She went on to win a high-profile lawsuit where London's High Court heard evidence about his treatment of his female children. 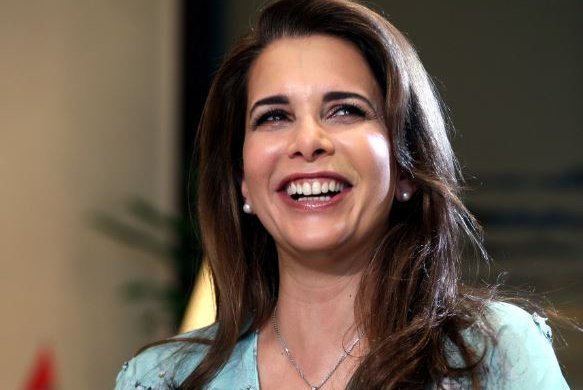 The judge eventually ruled Sheikh Mohammed had kidnapped Latifa and another daughter, Shamsa, and continues to detain them.

Another Royal, Princess Zeynab, recently livestreamed a police raid on her house after a marital dispute.

Lawyer Radha Stirling said the high-profile cases showed that even if laws protected women, the prevailing culture ensured they were not followed.

"If we can't protect people who are Royals how are we going to sell it to society that we do care about women?" she said.

"They're not setting a good example."
Full article at ABC News, Australia, HERE