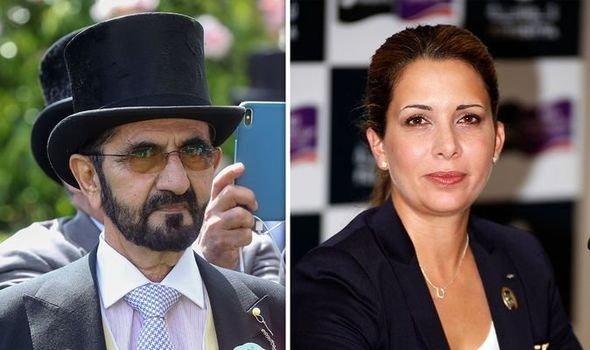 The first hearing in the case of Princess Haya and Sheikh Mohammed bin Rashid Al Maktoum, Princess of Jordan and Ruler of Dubai, respectively; is set for the end of this month. Haya fled the UAE and her marriage several weeks ago, with Sheikh Mohammed filing a suit for custody of their two young children in British court.
Princess Haya was the most visible of Sheikh Mohammed’s wives, and a familiar figure in the UK. She suffered a severe media backlash after participating in an apparently staged photo op with Mary Robinson and Sheikha Latifa, following Latifa’s escape from the UAE and subsequent capture. International concern had been raised about Latifa’s safety and well-being; the meeting with Robinson was intended to allay those fears. However, Latifa appeared dazed and sedated in the published photos, and both Haya and Robinson were strongly criticised in the aftermath.
Both Haya and Sheikh Mohammed have leaked hints as to the reason for the marriage dissolving, with Haya claiming that she fled when she learned the truth about her husband’s mistreatment of Latifa; and the UAE alleging that Haya was guilty of infidelity.
Radha Stirling, CEO of Detained in Dubai commented, “It is clear that both sides wish to portray the other as being in the wrong, which is quite normal in divorce proceedings. Infidelity allegations are unlikely to impact the outcome of a custody dispute, but allegations of human rights abuse and mistreatment of children certainly will; and this is likely why Princess Haya has leaked that she fled the UAE because of Latifa’s story. It serves at least two purposes; first, it portrays Sheikh Mohammed as an abusive father; and second, it helps absolve her of her own attempts to gloss over Latifa’s story last December.
"Reportedly, Haya planned her departure for months, but she left only 6 months after she orchestrated the meeting with Mary Robinson, so it is unclear what she may have learned about Latifa’s situation in the immediate backlash after that meeting to convince her to develop an exit strategy. The court will have to scrutinise this very carefully, and facts about Latifa’s condition and the entire episode of her escape may come to light.”
Stirling said that the proceedings are highly unique, and have undoubtedly put the UK in an awkward position.
“Obviously, this is an unprecedented case for the UK courts. A third country adjudicating the custody of children belonging to the royal families of two different foreign countries has never happened before, and the ramifications are enormous. While it may be speculated that this case will show which country, Jordan or the UAE, holds greater importance to the UK; that presupposes undue political influence on the outcome of the process, which I do not believe will occur.
"British courts are absolutely independent and impartial, and will consider this case with the same objectivity as they would in any other. Having said that, I do believe that it is in the interests of all concerned, including the British government, to encourage an out of court resolution and custody agreement; as such a sensitive case, with implications that could impact the UK’s foreign relations in the Middle East, and the reputations of two royal families, would be better handled privately.”

Sheikh Mohammed has applied to the English High Court for custody of his two children from Jordanian wife Princess Haya after their separation was confirmed in the media.Leaked information from Haya’s side indicated that she was in fear for her life, the lives of her chi...