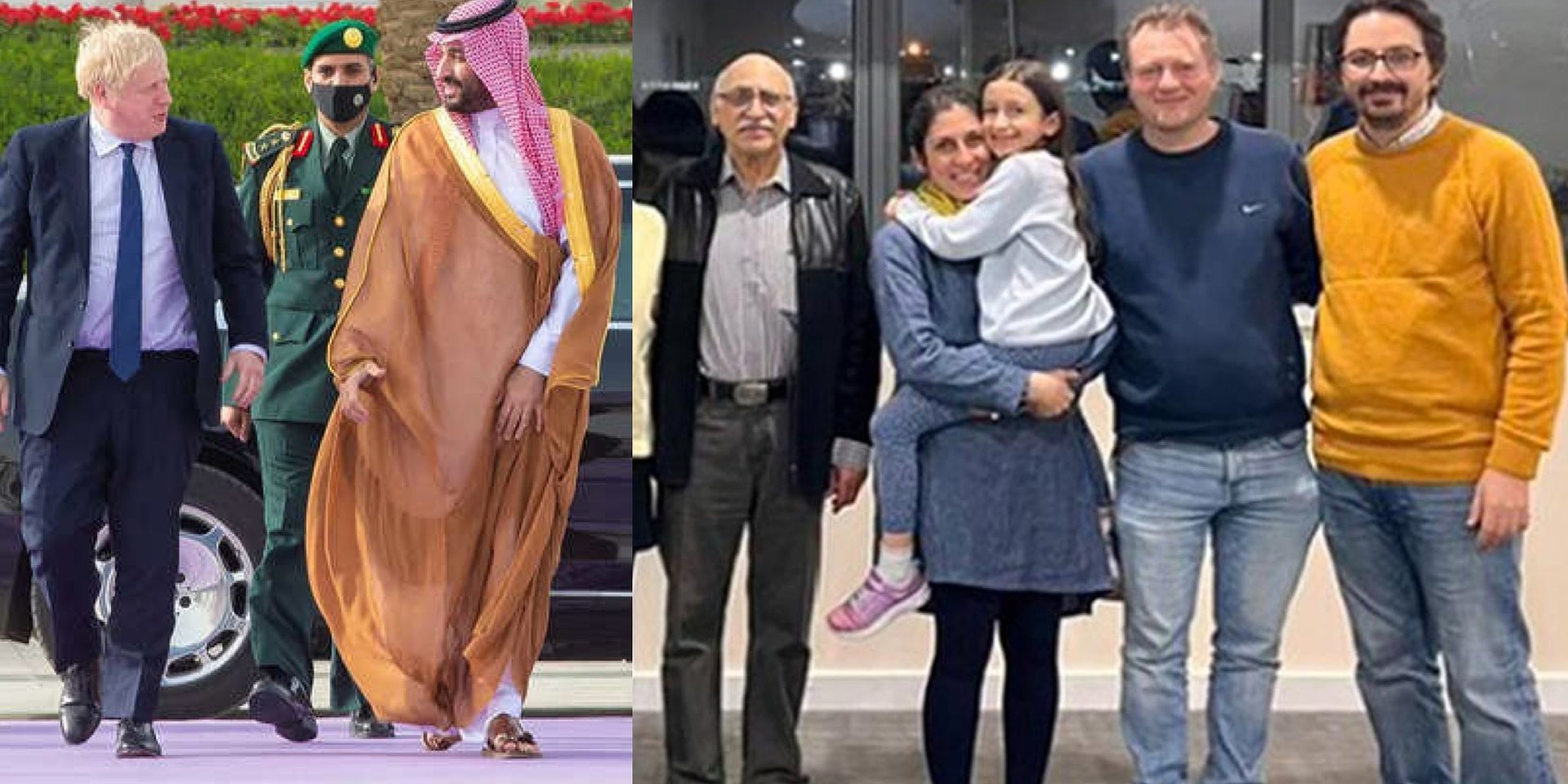 Finally reunited with her family after years of pressure on the British government.

Nazanin Zaghari-Ratcliffe’s 6-year detention highlights Britain’s diminished diplomatic influence
“Britain’s diplomatic power is greatly diminished in the Middle East, either due to reduced prestige or lack of trying,” says Radha Stirling, founder and CEO of Detained in Dubai and Due Process International, “The release of Nazanin Zaghari-Ratcliffe from Iran after 6 years of brutal and inhuman detention is obviously a joyous event, but hardly a triumph of British diplomacy. The UK’s calls for her freedom were flatly ignored by the Iranian government since 2016, and her release appears to have been secured only upon payment of a £393.8 million debt owed by the UK to Iran.”
Zaghari-Ratcliffe was arrested by Iranian authorities on her way back to the UK in 2016 and was accused of being a spy. She was held in the notorious Evin Prison in Tehran until her release March 16th.
Stirling points out that several British nationals remain unjustly detained in the United Arab Emirates as well, with the FCDO seemingly incapable of persuading the Gulf State to release them. “Relations are poor between the UK and Iran, so an argument could be made that this complicated the efforts to get Nazanin home,” Stirling notes, “But the UAE is an ally, enjoying all the benefits of trade, tourism, and security cooperation with the UK; yet British citizens like Albert Douglas, Billy Hood, Ryan Cornelius, and Steve Long, are all languishing in prison and the British government appears unable or unwilling to convince the Emiratis to let them go.

Steve Long, the British veteran and paramedic whose background working with bomb disposal units caused him to have a mental breakdown in Abu Dhabi airport last month, telling staff he believed there was a bomb on the plane, has been transferred from psychiatric hospi...

“Albert was viciously tortured and beaten; both he and Billy Hood have been denied medical treatment; Ryan Cornelius had his sentence extended another 20 years after already completing a decade in prison because Dubai Islamic Bank didn’t want him released. Steve Long is a British veteran with psychological trauma, essentially being jailed for having a mental breakdown. But neither the British embassy nor the FCDO have made any serious attempt to get them home.”

Stirling points to the recent visit of British Prime Minister Boris Johnson to the Gulf as further proof that the UK has lost either the diplomatic power or the will it once had. “Europe and the UK are on the verge of an energy crisis as the West seeks to ween itself off of Russian oil and gas exports, prices are skyrocketing, and Boris Johnson met with the leaders of Saudi Arabia and the UAE to ask for new agreements on output to ease the pressure and lower costs, but he left empty-handed,” she says, “The Saudis and the Emiratis each have considerable investments in the UK, totalling nearly £100 billion; which is roughly quadruple Russian investment in the country; they own or hold shares in some of the UK’s most vital companies and landmark properties. There is no question that Gulf money has weakened Britain’s stature and influence in the region and emboldened countries like Saudi Arabia and the UAE. The UK is not alone in this; it was widely reported that Saudi Crown Prince Mohammed bin Salman refused to accept phone calls from US President Joe Biden, which is one of the reasons Boris Johnson was sent to act as an emissary for the West. But the UK’s historic relationship with the Gulf, and particularly with the UAE, was never like the Americans, and that relationship has deteriorated drastically.

“When the British Prime Minister cannot even secure an emergency oil deal from the UAE – that is of vital national interest, to help avert a continent-wide energy crisis -- is it any wonder that the UK is incapable of intervening on behalf of its citizens wrongfully detained in the Emirates? Britons need to be aware of this; not only is the UAE an unsafe destination for business and tourism, but the British government is also woefully unable to help them if they do encounter any trouble there.”

by Radha Stirling, CEO of Detained in Dubai, Due Process International and host of the Gulf in Justice Podcast

Stirling calls for evacuation of British prisoners in UAE

The unthinkable is happening right now in the UAE. After decades as one of the few countries in the Arabian Gulf to not be targeted in terrorist attacks, the United Arab Emirates has suffered multiple drone and missile strikes over the past several days. The Emirates’ ...