The secret billionaires conference that was attended by America's elite, including Kimbal Musk

Saudi Prince uses Interpol to prevent witness testifying
Disgraced Saudi Prince, Turki bin Abdullah; now in prison for corruption; organised a secretive meeting at a luxury oasis in the desert 2 hours outside Riyadh in 2016, in what is suspected to have been a move to recruit support for a possible coup against the newly anointed Crown Prince Mohammed bin Salman; popularly referred to as MBS. The ornate resort was built exclusively for this purpose, but the contractors tasked with its construction were cheated out of payment, and subsequently persecuted for the sensitive knowledge they possess about the project.
The Dubai based company established by a US resident, SDW Events LLC, was enlisted to design and build the “Tuwaiq Oasis” to host a billionaires investment conference allegedly to bolster Prince Turki bin Abdullah in his rivalry with MBS. The company was given a suspiciously tight and unrealistic deadline for the project’s completion – indicating that Turki’s plans were urgent and time-sensitive. The prince was already under investigation for using infrastructure projects to line his pockets, and MBS had made clear that he was committed to wage an unforgiving campaign against corruption in the country. Observers note that Turki likely realised that if he was going to make a move against MBS, he had to do it fast.
However, in an apparent attempt to disguise his involvement, the Tuwaiq Oasis project was managed through multiple buffer companies and individuals to distance Turki from the billionaires recruitment event, which complicated construction. The contractors faced multiple obstacles and delays, and were frequently forced to pay suppliers and workers from their own funds; never to be reimbursed. Ultimately, the Rare 10 meeting was held on schedule, with the who’s who of America’s super-rich in attendance. But following the event, the contractors, still awaiting payment, were ostracised by Turki and his intermediaries.
Within months, Prince Turki was one of 11 Saudi royals detained under house arrest in the Riyadh Ritz Carlton, and charged with corruption. When it appeared that the Tuwaiq Oasis contractors might be summoned to testify about the shadowy gathering of billionaires he had hosted, Turki had the UAE fabricate a case against the SDW Events LLC and got them listed on Interpol; thereby both preventing them from entering Saudi Arabia as witnesses, and ensuring that he would never have to pay them the millions he owed.
Now an explosive lawsuit is to be filed on their behalf which will bring to light the full extent of Prince Turki’s conspiratorial machinations. The attendees of the Rare 10 event might have believed they were establishing a profitable partnership with a potential rising star of Saudi Arabia, “But we are going to ensure they’re aware that the Tuwaiq event has left a string of foreigners at risk of imprisonment and extradition for no other reasons than that the Saudis didn’t ‘feel like’ paying, and because Prince Turki doesn’t want them to be heard”, says US attorney Dr Jonathan Levy who is representing SDW Events LLC. “Our client undertook a massive project with unrealistic timelines on the contracted agreement they would be paid and would therefore be able to pay their own suppliers and contractors. Instead, his trust was abused and quite unbelievably, he was wrongfully listed on the Interpol Red Notice database so the Saudis could deprive them of the 20+ million owed; and so that Prince Turki could prevent his testimony in court. If this is the way business in Saudi is going to be played, investors need to be cautioned that their reputations and livelihoods are on the line. American businessmen need to know that their support of Saudi Arabia will inevitably lead to human rights violations against their fellow countrymen. KSA has intimated that they intend to clamp down on corruption and the Tuwaiq Oasis scandal is where they should start”. Levy is set to raise the scandal with KSA representatives in Washington, DC. 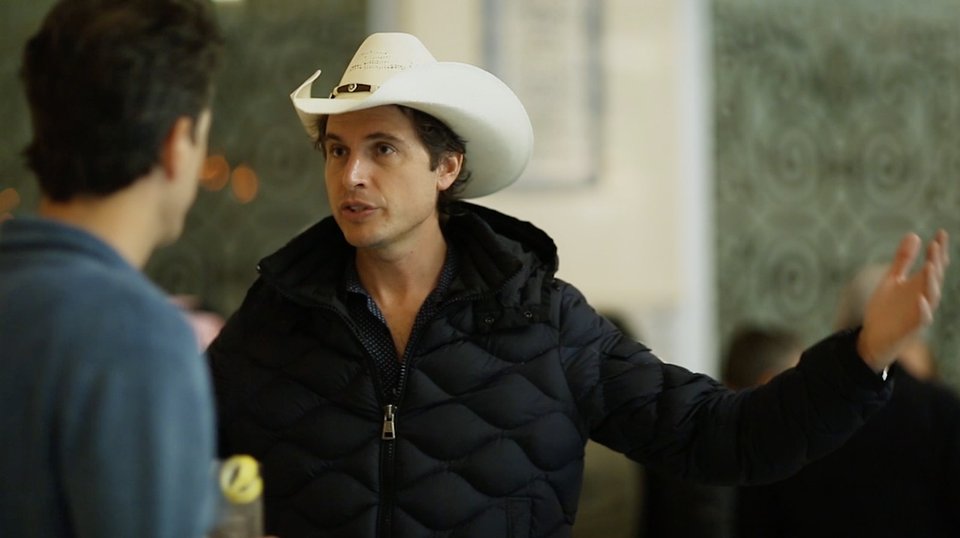 The victim's family is notifying billionaires in attendance at Tuwaiq Oasis of the abuse they have suffered as a result of the conference.

“Dealing with high-ranking members of elite or royal families in the Gulf can be extremely treacherous,” says Radha Stirling, founder and CEO of Detained in Dubai and Due Process International, “Foreigners are often unfamiliar with the internal politics and rivalries at play when they enter into contracts with big local players in Saudi Arabia, the UAE, or Qatar. They believe such agreements are inherently beneficial because they connect them to the most powerful people in the region; but they do not consider that this power often allows these players to operate above the law, and they are able to breach contracts, expropriate money, refuse payment, seize ownership of companies and projects, and persecute foreigners with impunity.
“This is particularly risky when you add the fraught dynamics of factional politics into the mix. We have seen vicious campaigns around contests for the throne in emirates like Ras Al Khaimah, for example, the aftermath of which resulted in a ruthless purge of high-profile business leaders, executives and investors; asset seizures, false imprisonments, Interpol abuse, and even severe human rights violations including torture.”

Stirling, who also heads IPEX, an organisation dedicated to Interpol reform, explains that Gulf countries habitually use Red Notices as weapons against political critics and the financial victims of unscrupulous local partners, “It is unsurprising that Prince Turki and his cohorts would instigate an Interpol listing against the Tuwaiq contractors; this is the modus operandi of Saudi Arabia, Dubai, and the governments and powerful families in the region. Any investor or professional who has been wronged by a local sponsor or business partner can expect to have a false case registered against them and Red Notice issued, whether it be to extort money from them, shift blame, intimidate, or otherwise neutralise any attempt they might make to pursue justice.
“In this case, Prince Turki clearly wanted to cut all ties with the Tuwaiq Oasis project and could not be seen financing such an elaborate event that looked very much like a strategic move against MBS; particularly when he was already suspected of corruption. By having the head of SDW Events listed on Interpol, he believed he could not only guarantee that he would never have to pay for the project, but also that no one from SDW could testify about the Rare 10 meeting itself, which could dramatically increase the severity of the charges against him.”

Disgraced Saudi Prince Convened Meeting of Billionaires Prior to His Arrest

Disgraced Saudi Prince Convened Meeting of Billionaires Prior to His Arrest

Interpol Red Notice reports have a devastating effect on people’s lives. Victims can lose their visa status, employment, security clearance and their freedom while being perceived as criminal “fugitives”.

Once again, the Middle East’s use of Interpol to locate and extradite foreign nationals raises human rights concerns.