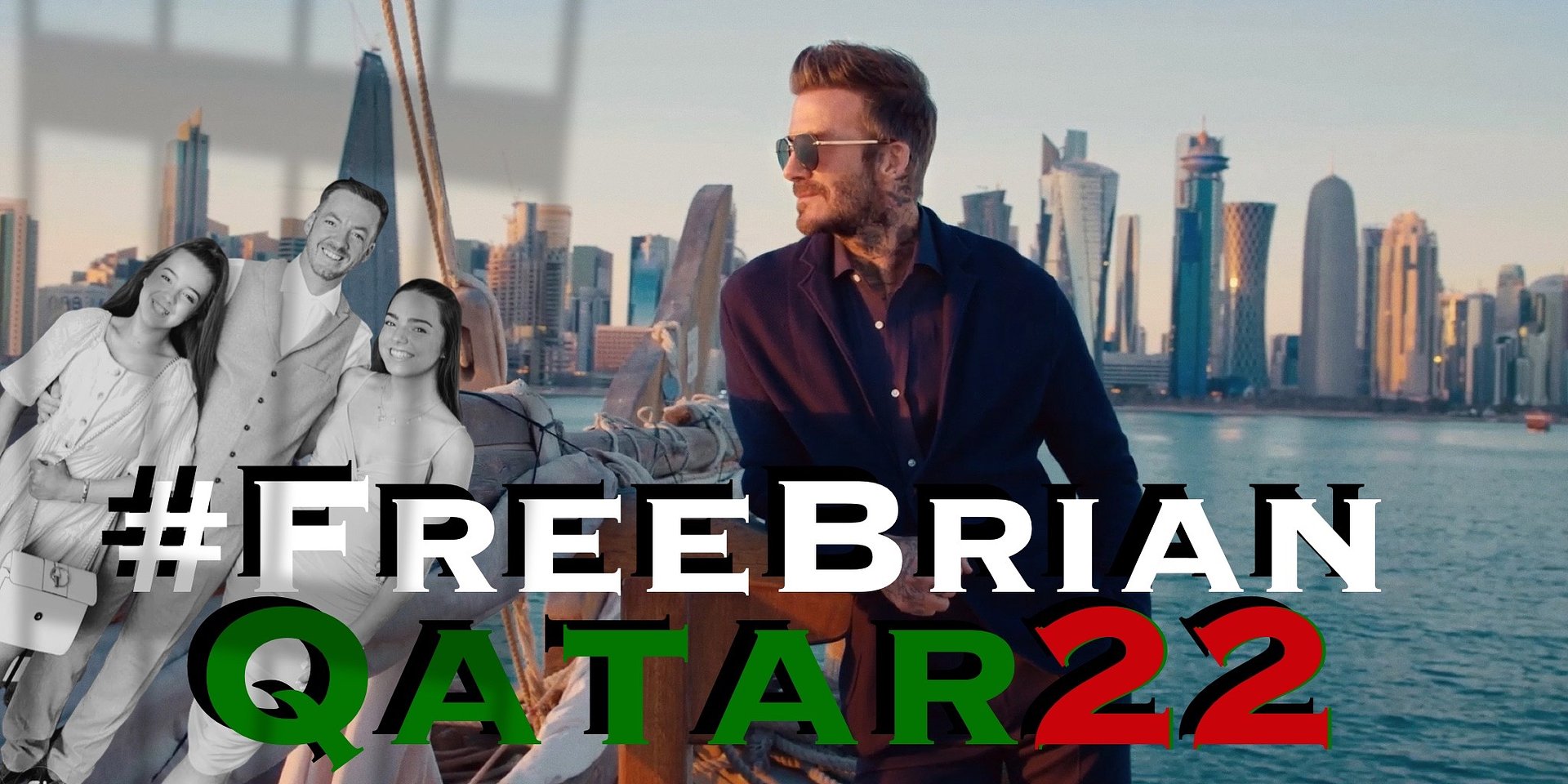 Brian's son Bailey, daughters Heidi & Lexi and granddaughter Frankie have called on the footballer for help!

Children call upon David Beckham to help free their dad from Baghdad jail and save him from Qatar prison.
The children of a Scottish man detained in Iraq and facing extradition to Qatar over an unsettled bank loan have called upon David Beckham to support his release. Brian Glendinning of Fife, has been jailed in Baghdad for over 4 weeks after Qatar National Bank charged him with defaulting on a 2016 loan and had his name listed on Interpol. Glendinning was working in Doha at the time, but subsequently lost his job due to illness and had been negotiating with QNB to reschedule instalments. After landing a construction engineering contract in Iraq, Glendinning was finally in a position to resume payments, but instead, Qatar had him arrested at the Baghdad airport, and is seeking his extradition. 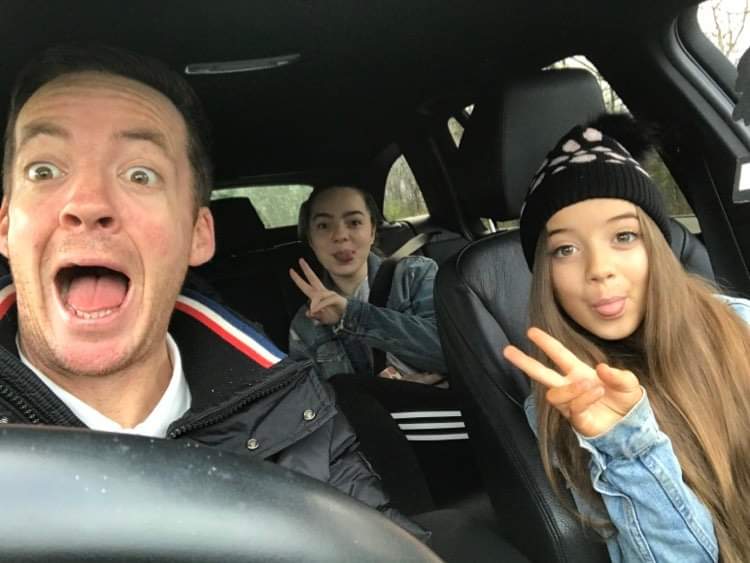 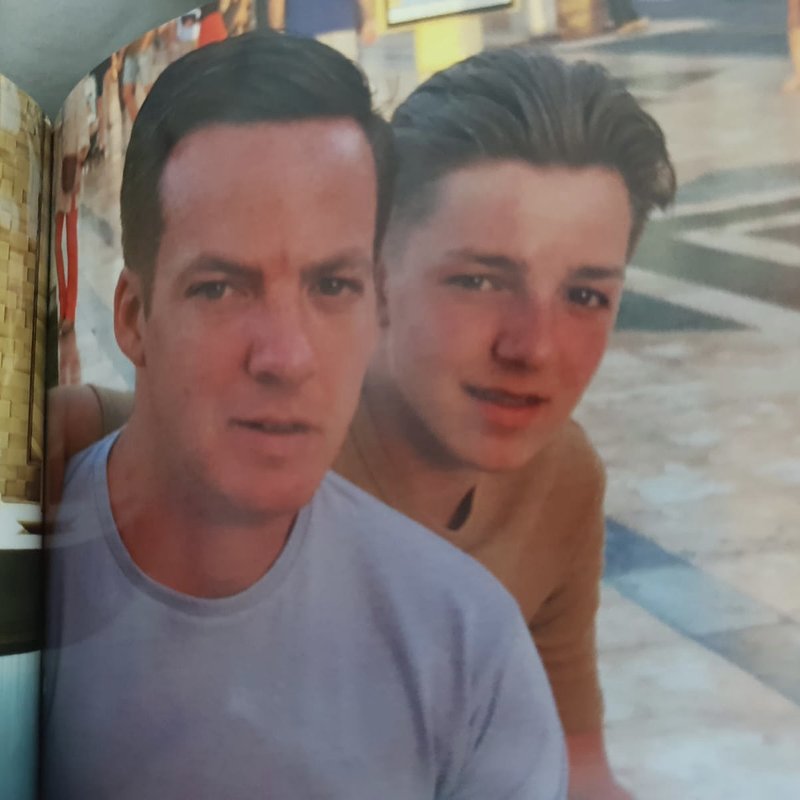 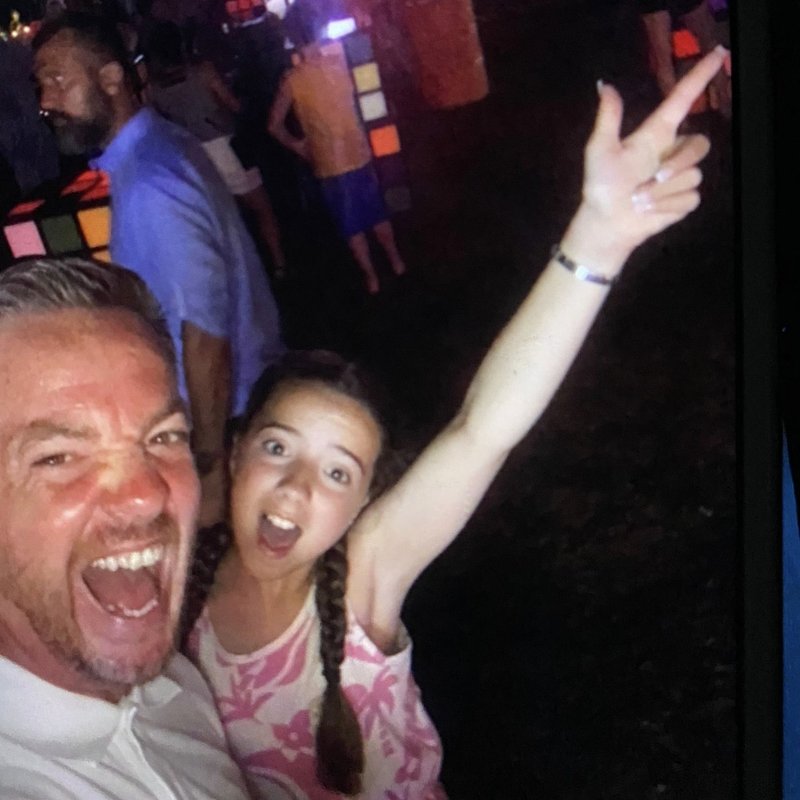 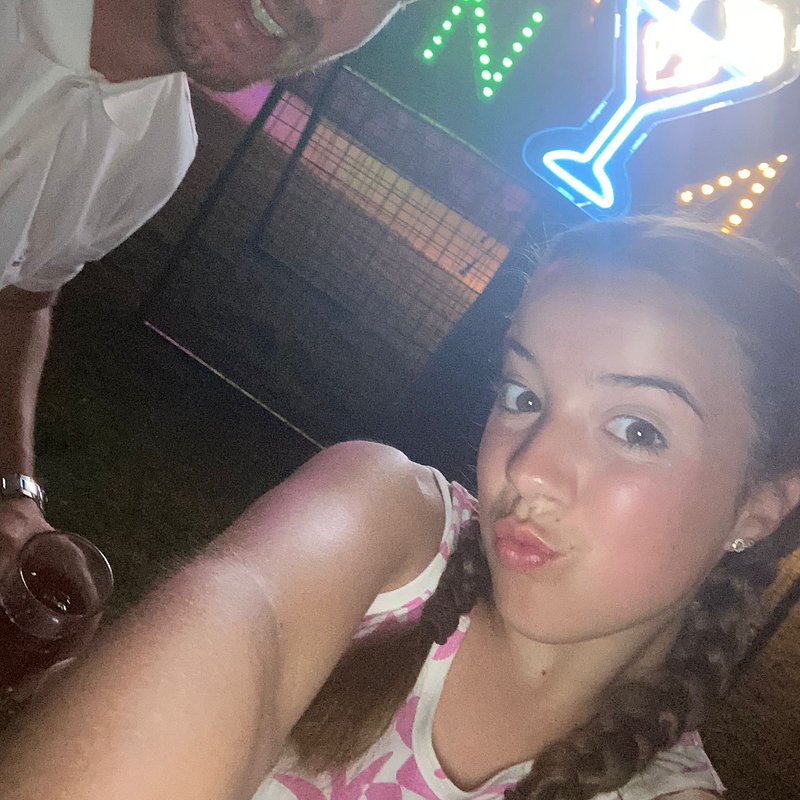 Interpol expert and founder of Detained in Doha, Radha Stirling, who has taken up Glendinning’s case, explains, “QNB registered a case against Brian without his knowledge, even while he was regularly communicating with them about the loan payments. This, outrageously, is their standard protocol. If anyone falls behind on their installments, QNB files a criminal complaint against them, and they will be convicted in absentia if they are out of the country. The bank immediately has them listed on Interpol as a fugitive, and demands payment for the full amount of the loan – regardless of how many payments have already been made. QNB, the government of Qatar, and Interpol have all put Brian in tremendous danger; he is being held in an Iraqi jail alongside radically anti-Western militants and terrorists; all because he lost his job and fell behind on a bank loan.”

Qatar National Bank responsible for multiple arrests abroad “We have never seen gulf banks pursue customers as relentlessly and aggressively as the banks of Qatar. Over the past two years, banks such as Qatar National Bank (QNB) have fought to not only list debtors on Interpol’s databases as criminal fugitives, but have vigorously sought their arrest and extradition from Western countries. “We have received calls from customers relaying their horrific experiences and seeking emergency assistance

Glendinning’s three children have appealed to David Beckham to support their father’s release, “We are asking everyone and anyone with influence and connections with Qatar to please help save our Dad,” they said in a statement today, “David Beckham is the international face of football, he agreed to a £10 million deal with Qatar to act as an ambassador for the country, and since Doha is hosting the World Cup this year, we just hope he may be able to use his position to convince Qatar to let our father come home.”

The ex-England international has come under fire in recent months for his decision to be a 'face' of the tournament and has been accused of duplicity in the country's sportswashing campaign.

Stirling says extradition from Iraq is almost certain given Qatar’s strong relations with the country, and QNB’s presence in Iraq. “Brian needs public support; he needs the support of influencers and people who can have a real impact on Qatar’s authorities, particularly in the context of the World Cup. Unfortunately, the UK government has compromised their own ability to influence Doha, with tens of billions of pounds flowing into the British economy from Qatar, the FCDO has little leverage. But Qatari officials are cognizant of their country’s image, and want the World Cup to proceed without a glitch. If someone like David Beckham uses his celebrity and influence to advocate for Brian, it could make a huge difference.”

“The World Cup in Doha has the potential of being the Black Friday of wrongful detentions,” says Radha Stirling, CEO of Detained in Dubai and Due Process International, “Because of the overflow of game attendees into the UAE; visitors will be subject to the brutish polic...