A strange move for the country who promised they were 'tolerant'.

More than 10,000 religious Jews from Israel and around the world are expected to arrive in Doha to attend the World Cup after having been assured by Qatari authorities that kosher food and places of worship would be available to them; however, Qatar has now reneged on these assurances at the last minute, completely banning Jewish religious services in the country and prohibiting the sale of kosher food.
“This is a startling reversal by Qatar,” said Radha Stirling, CEO of Detained in Doha, “Imposing a ban on religious observances and accommodations almost immediately after having guaranteed these rights to Jewish football fans – fans who were unlikely to have purchased tickets to the World Cup, paid airfare, and booked hotels without such guarantees; demonstrates a remarkable level of intolerance and religious prejudice, to say nothing of outright deceit.”
The first direct flight to Qatar from Israel departed from Tel Aviv on Sunday in what has been hailed as an historic agreement between the two countries, which have not had economic or diplomatic in a decade. “Religious Israelis boarded that flight believing that Qatar would welcome them and respect their right to practice their faith,” Stirling said, “Only to land in Doha and discover that Qatar has gone back on their word. It is a very hostile and bigoted move. While the Muslim religion allows its followers to eat kosher food, religiously observant Jews cannot substitute halal food for kosher food -- what exactly do Qatari officials expect Jewish visitors to eat?
“We have been hearing Qatari officials tout the World Cup as an opportunity for people to come together, united by their love for the game; they said they want the world to see a positive image of their country, while asking visitors to respect Qatari cultural and religious values; but it seems every day they are imposing new restrictions and prohibitions that only confirm the world’s negative impressions about the Gulf. They have banned the sale of alcohol around the World Cup stadiums after saying it would be allowed; they say members of the LGBTQ community are welcome only as long as they conceal their sexuality; they have now banned Jews from practicing their religion, and they have even flown in a controversial Muslim preacher, wanted for hate crimes and terrorism financing, to evangelise to soccer fans in an attempt to convert them to Islam. Qatar is, in fact, fulfilling the stereotype of Muslim states as fanatical, untrustworthy, rigid, and intolerant, at the very event they purportedly wanted to showcase their country as the opposite.
“Israel was supposed to be providing consular services for their citizens visiting Doha during the World Cup, which would also constitute a significant step towards re-establishing diplomatic relations; but frankly Qatar’s aggressive anti-Jewish discrimination and their habitual promise-breaking raises doubts that consular services will be allowed after all. It seems Qatar has chosen to use the World Cup as an opportunity to thumb its nose not only at Israel and the Jewish community globally, but at the very values of modernity, multiculturalism, and inclusion that the world’s biggest sporting event is meant to promote.”
Qatar won't allow any cooked Kosher food and public Jewish prayer - The Jerusalem Post (jpost.com) 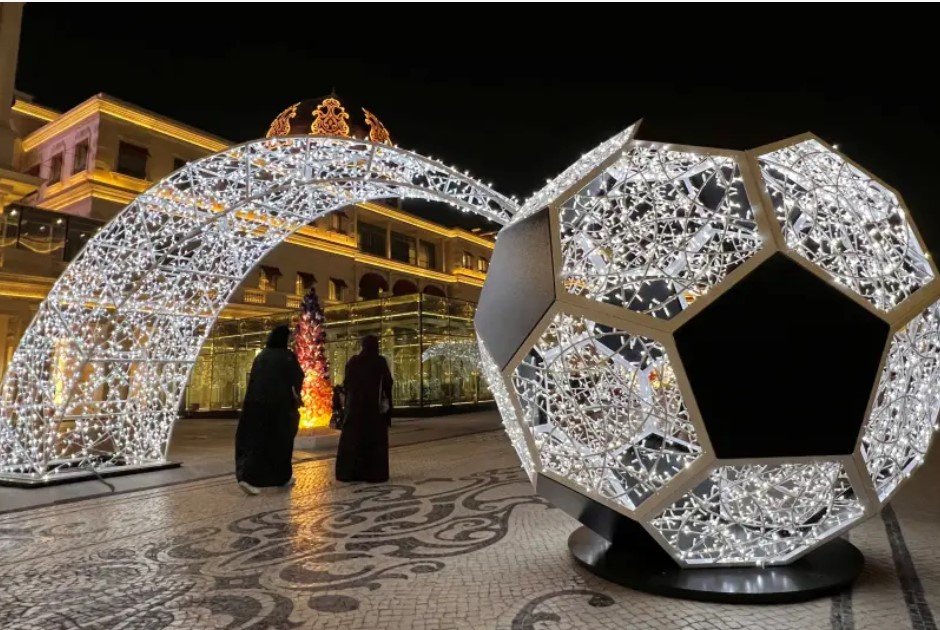 Radha Stirling, at The Blogs

The Marketplace of Ideas at The Times of Israel

With the looming 2022 FIFA World Cup in Qatar and the myriad nefarious controversies, allegations of corruption and skulduggery surrounding its “winning” hosting the event, we shall be examining a catalogue of inescapable ugly truths that envelope this country, its roman...