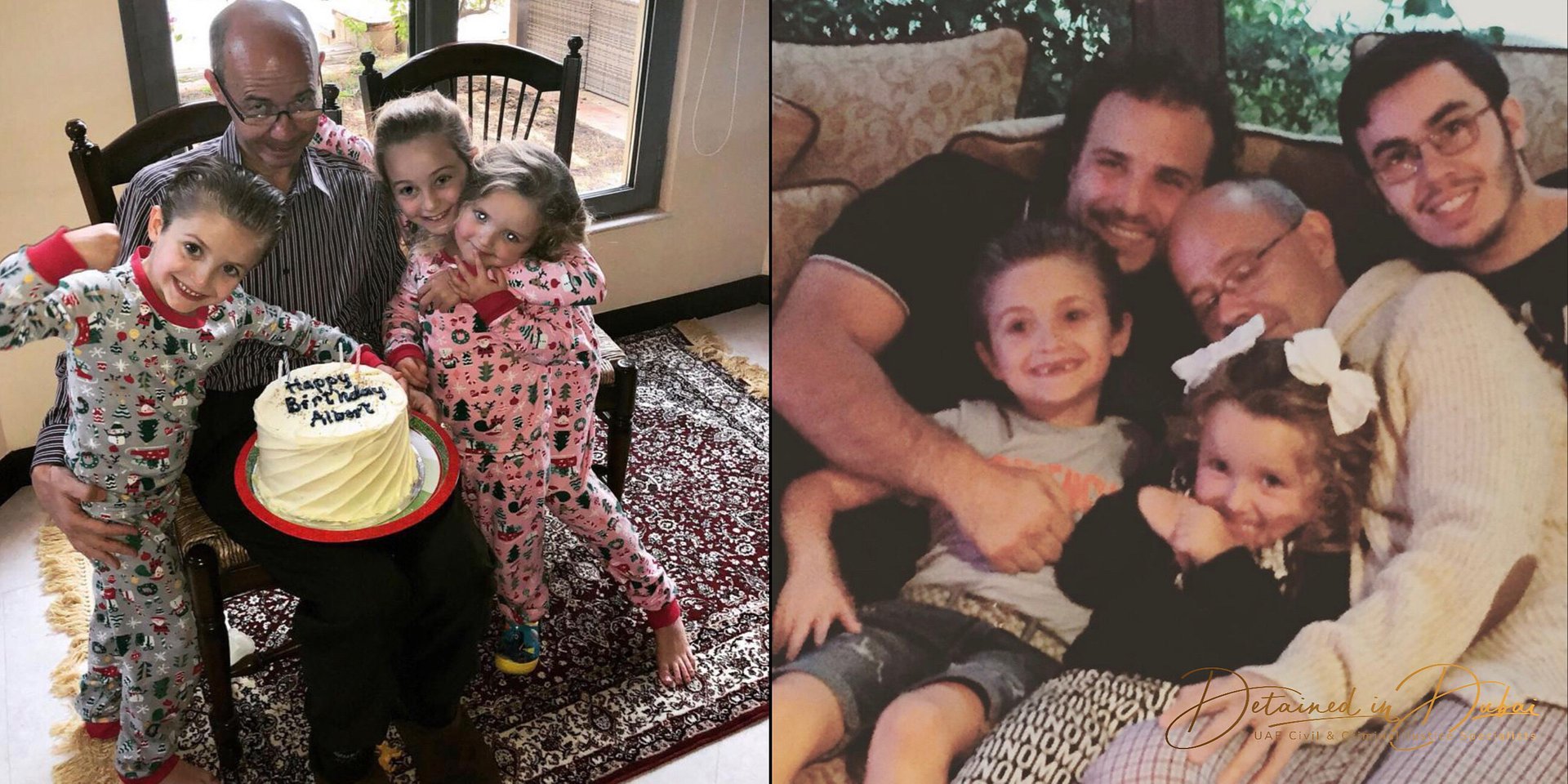 60 year old Londoner, Albert Douglas, made a brave attempt to cross to Oman after losing faith in Dubai’s justice system.  He had stayed in the glitzy city, thinking an innocent man could never be convicted.  He had faith in the “system” and faith in the legal process.  But when he saw the proceedings unfold, he couldn’t believe his own eyes.  Everything he’d heard, but not believed, was happening to him. 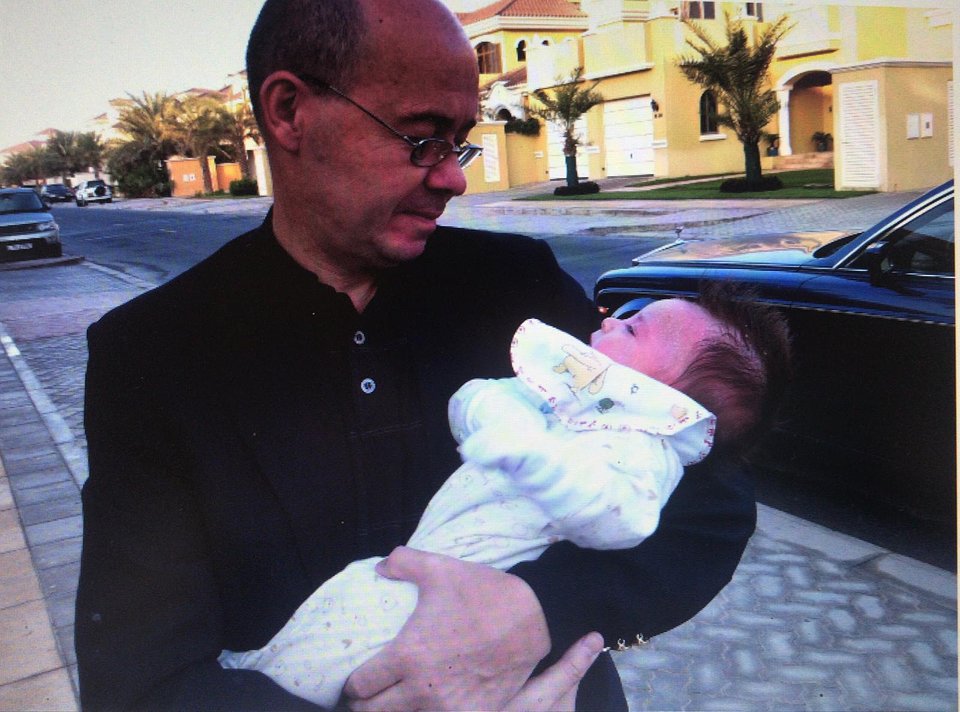 Albert with granddaughter in Dubai, in happier times. The family man is now languishing in a Dubai jail.

He was being prosecuted for a crime he hadn’t committed, and evidence of his innocence was completely disregarded by everyone he tried to show.  He still waited, hoping a higher court would be more diligent, but nobody cared.  Despite having spent a significant fortune on lawyers and despite having documentation to prove his innocence, he was persecuted.  Why?  Because he was the father of an officer of a company that had gone bad.  Other parties sought to hold him as a hostage.

The carpet & flooring wholesale businessman moved to Dubai full time in (2003) where he lived in the popular expat community of Palm Jumeirah with his wife, Naomi, who is also from London.  Albert became a successful businessman and property investor in Dubai.  Even during the World Economic Crisis, he managed to continue to build on his local flooring brand & hold on to all of his properties. In 2007, things were going so well that he encouraged his children to come out and start their own businesses in Dubai too.

His son started his own business which went very well at first, but like so many Dubai investment stories, the market fluctuations caused many suppliers and trade partners to default on their obligations.  In turn, this caused his son’s cheques to bounce.  “It’s a chain effect”, said Radha Stirling, CEO of Detained in Dubai, who is representing the family.  “We see it all the time.  Often it’s Dubai government agencies themselves, that default on contractual agreements and their own obligations.  Their default then causes the foreign owned company to default on their obligations but the foreigners have no immunity and they often end up in jail for something that simply wasn’t their fault.  It’s quite often the price of doing business in the UAE, and it’s largely outside your control.  People’s entire lives have been ruined because a Dubai government agency decided not to pay, and there’s nothing you can do about it, even if the law is on your side,” added Stirling.

His son Wolfgang, who is 34, was back in London on other business and health complaints as more and more defaulters failed to pay his company, putting him at risk of defaulting himself.  The local officers and PRO's took advantage of his absence.  They knew that he couldn’t return to Dubai at this stage, not when he could be jailed over a bounced cheque that wasn’t his fault.  Like most investors in his position, he tried to resolve matters from the safety of abroad.

“The local guys with Power of Attorneys were running amok with the company, taking what they wanted, knowing that it was on its last legs and could not possibly be saved from the large payments defaults we’d experienced”, said Wolfgang Douglas, who lives in London.

“My father had originally been an officer of the company, but wasn’t active once I got started so I removed him and formally and legally discharged all of his liabilities.  By this time, I got a terrible feeling.  I didn’t like the idea of doing business in a country where something that’s not your fault can land you in jail.  I begged my father to come home.  I started reading horror stories about spouses and family members being used as leverage in financial disputes and I just got worried, but he didn’t believe anything like that could possibly happen and decided to stay on, I had a sinking feeling, but thought, maybe he’s right and I’m just being paranoid”.

Then the unthinkable happened.  Albert Douglas was arrested in September 2019 and sentenced to three years in prison and given an outrageous AED14,950,000 government fine for a company that he had zero involvement with, just because he is related to the officer of that company.  But that is not where it ends.  Civil cases will also be taken against Albert and as a direct result of these legal circumstances affecting his own business, he will never be able to pay them.  Civil cases that are not paid, result in prison sentences and travel bans, so he will never be able to leave effectively.  Seeing that he faced the rest of his life in prison, Albert made the daring escape over the Omani border in February, one that Canadian André Gauthier tried himself in 2019.

While André was taken quickly back to Dubai, Albert was taken to the notorious Al Ain Prison, where he was held for sixty days.  “This is not the financial crime section of Dubai’s jails.  This is Al Ain and it is a completely different, extremely hostile facility”, said Radha Stirling, who has represented a number of torture and human rights victims.  “Inmates are not just complaining about cockroaches and bed bugs here.  There are riots, violence, beatings and very disturbing violations.  When Albert, who suffers from a heart condition and ailing health, asked for medication, he was beaten by the guards.  He didn’t dare ask again.  This kind of treatment is unacceptable for an ally of the West, with whom we regularly do business and trade with”, added Stirling, who has spoken with Albert.

“The bottom line is that Albert had nothing to do with his son’s company.  He was not an officer of the company or responsible in any way.  He had his own company, which has now been ruined as a result of a process that can be seen as nothing more than a ransom situation.  Albert is being held as hostage to force his family to pay for his son’s company’s liabilities.  This is commonplace in the UAE.  Even though it’s against the law, wives, children and family members are often held in lieu of cases.  It’s outrageous.”

The toll on Albert and his family has been enormous.  The whole family has lost everything they worked for and even generations of past down wealth they brought from the UK to Dubai.  Albert has lost his business and spent a fortune on legal bills, expecting they would be simply able to prove his innocence.  “When I first spoke to Albert last year, he told me he wanted to keep trying legally as he wanted to stay on in Dubai after proving his innocence.  He said he had absolutely and incontestable proof of his innocence.  He fully expected the higher courts would be able to see that.  I told him innocence is irrelevant to the outcome of legal proceedings in the UAE.

“Expats are often used as leverage or as scapegoats.  This is what makes the country such a dangerous place and why I lobby so hard to warn investors in advance.  Many expats find it difficult to believe.  They feel that those who go to jail deserved it or that there must have been more to the story.  That is; until it happens to them or a loved one.”

Detained in Dubai is extremely concerned for Mr Douglas’s welfare.  He has described some concerning conditions that the organisation will push for an independent investigation of.  “After the death of Lee Bradley Brown, the UK requested more access to assess prison conditions in the Emirates, but they’ve never been allowed.  Anyone who tries to visit is taken to a special visitors area for VIP’s.  It’s beautiful, with pot plants, designed to woo people like Lord Ramsbotham, who made a glowing report.  But behind the VIP room, we have a completely different picture”, added Radha Stirling.

“We are all stressed out of our minds”, said Wolfgang, describing the impact this is having on the whole family.  “My autistic brother is held in Dubai.  They’ve confiscated his passport and he can’t take care of himself, so my other brother had to go and look after him.  I can’t go because I’ll be jailed on arrival.  It’s torn us apart.  We have given basically every penny to lawyers and to anyone taking cases, hoping we could solve the problem, but it wasn’t ever enough.”

“None of us can believe my father, who has never done anything wrong in his life, could be jailed for my own company’s failures.  It doesn’t make sense.  Where else in the world could this possibly happen?”

Detained in Dubai will be approaching members of Parliament this week and the Foreign and Commonwealth Office to intervene, otherwise it will end up a matter for the United Nations Working Group for Arbitrary Detentions and it would be a disgrace to the UK if the UN were needed.
The family have started a Facebook Group to support Albert using hashtags #FreeAlbert #DetainedinDubai 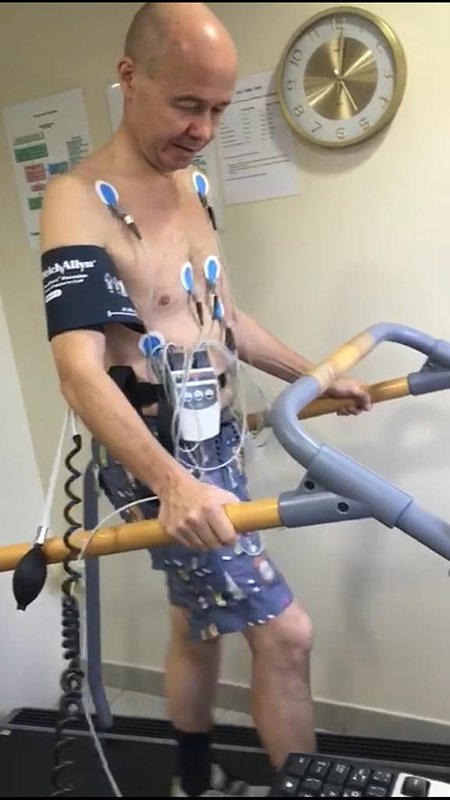 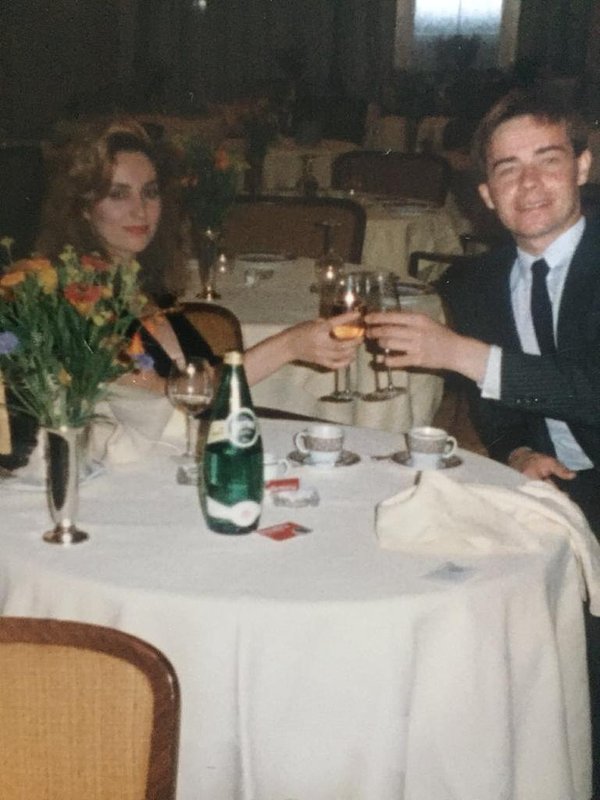 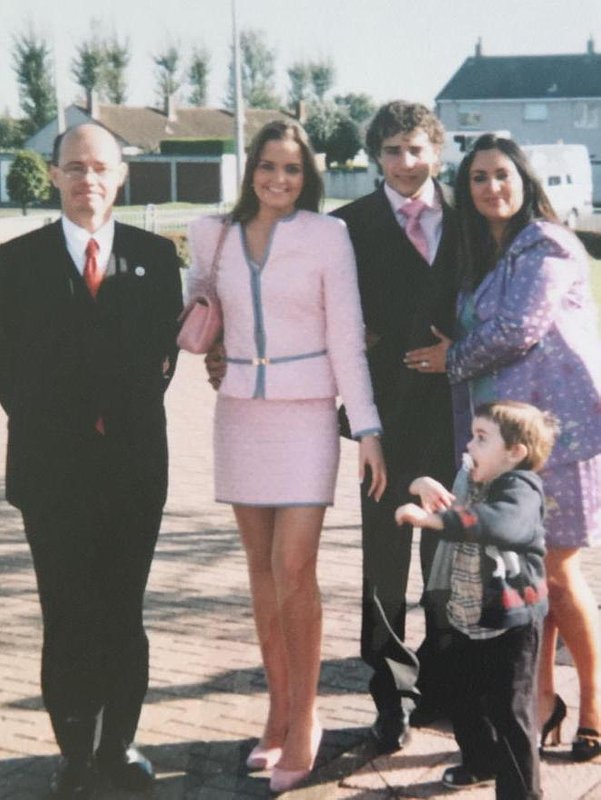 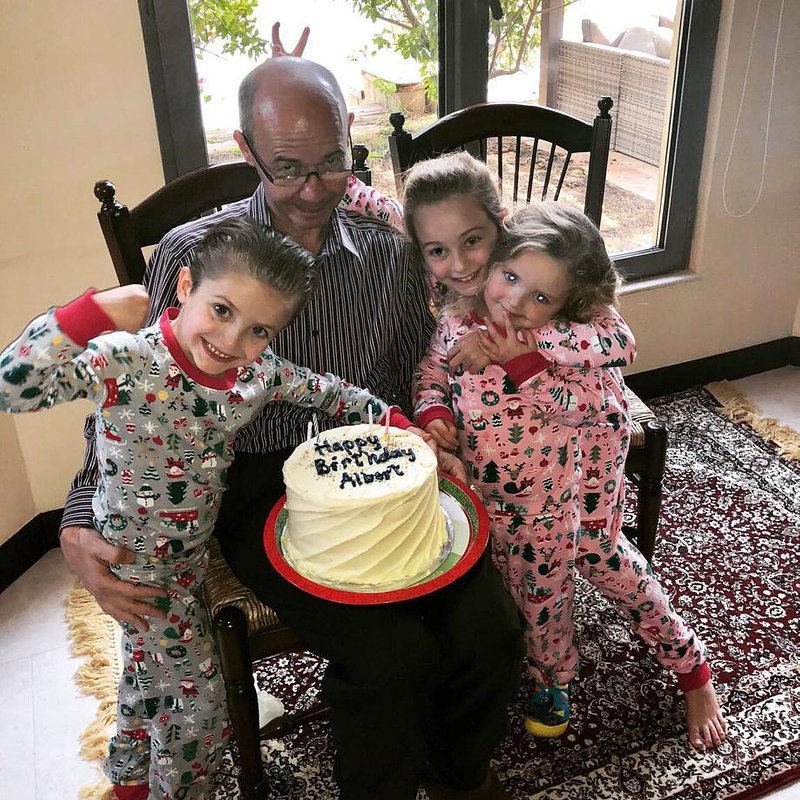 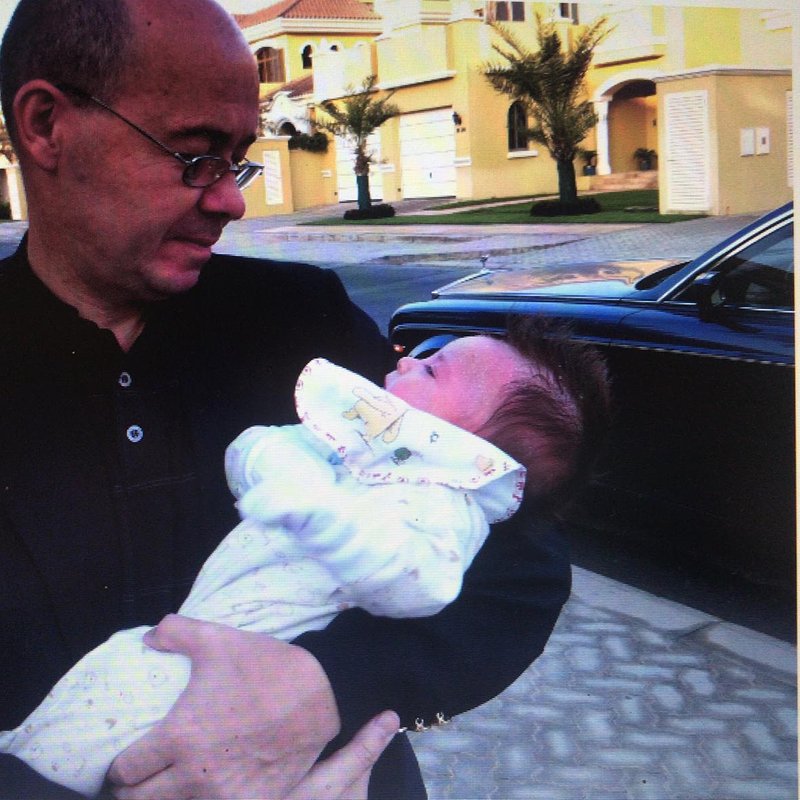 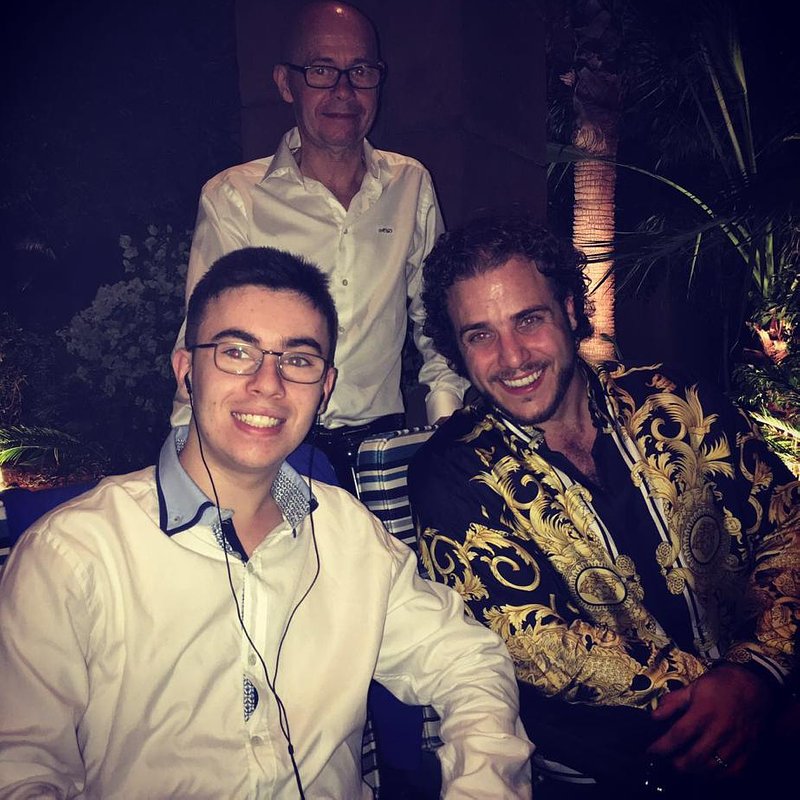 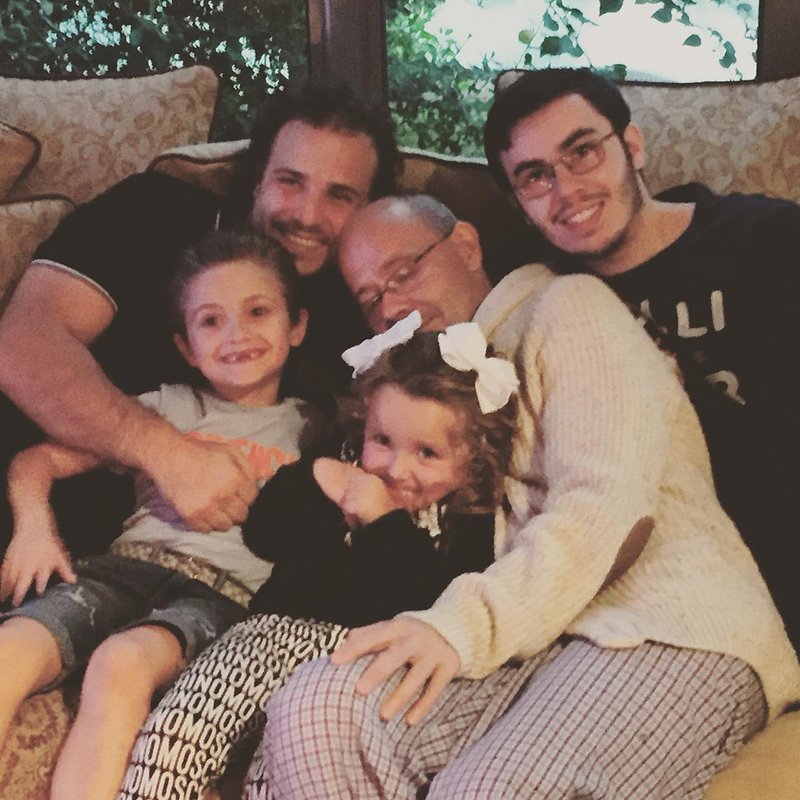 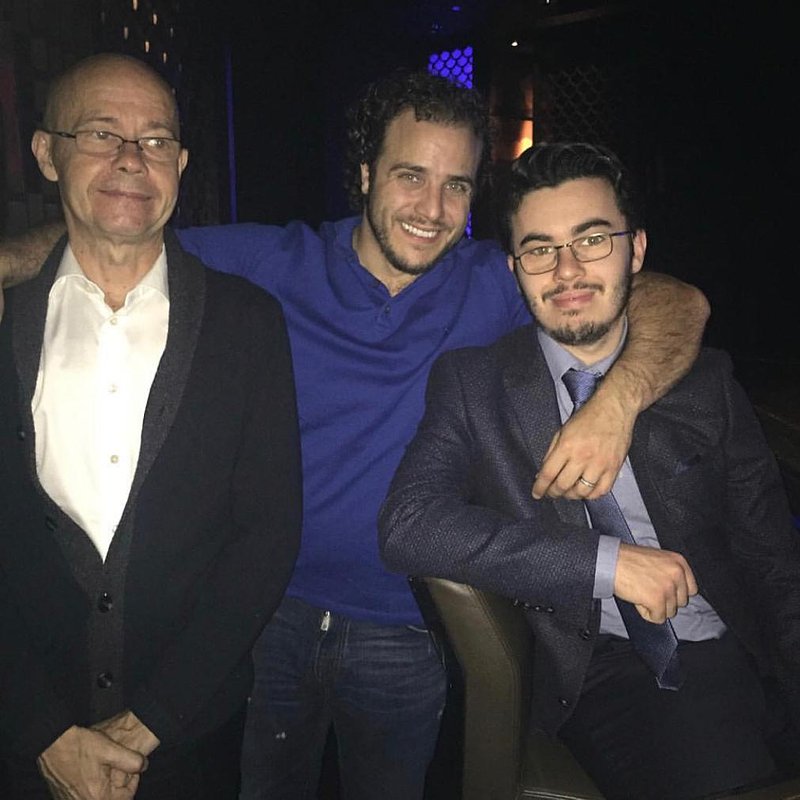 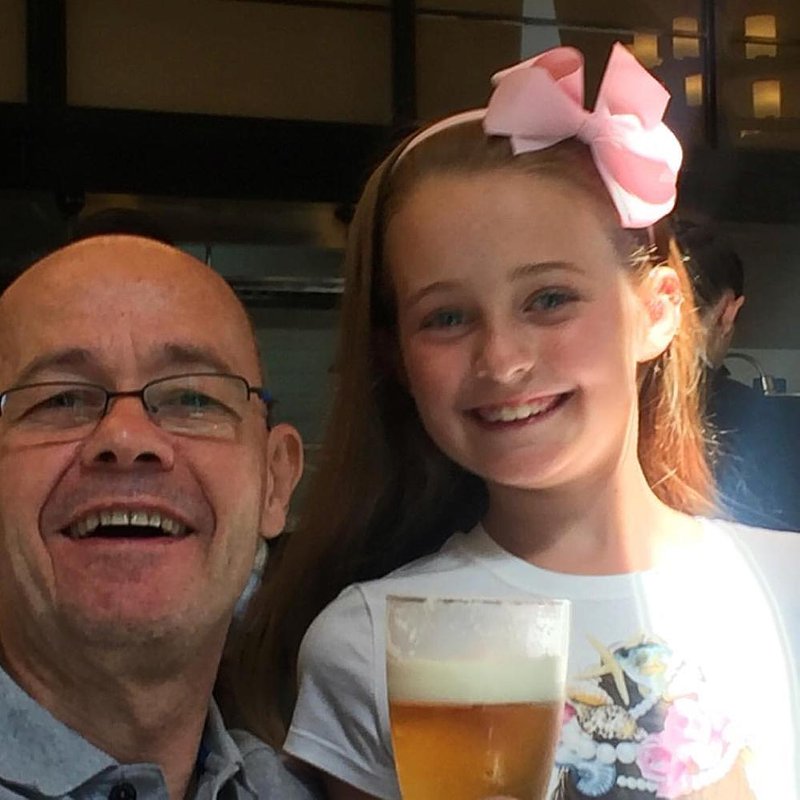 “He has just been cooked by 5 police officers for hours. He hasn’t been allowed to see Canadian officials or his lawyer”, relays son Alexis Gauthier who is desperately campaigning for an end to his father’s ordeal, following his extradition from Oman to the UAE where is currently in police detention. “The UAE is a documented human rights abuser”, says Radha Stirling, an expert witness and CEO of Detained in Dubai. “The UAE is notorious for coerced and forced confessions, unfair trials, detention

“It was nothing short of shocking to see the UAE hand over British national Christian Michel immediately upon India’s unlawful attack of a US yacht”, said Radha Stirling, CEO of Detained in Dubai and Due Process International, who represents Sheikha Latifa Al Maktoum...

It has already been a turbulent few years for the UAE; since the 2018 dramatic escape and capture of Princess Latifa, daughter of Sheikh Mohammed bin Rashid Al Maktoum and her ongoing captivity, things have only gotten progressively worse. More royal scandals erupted...

A frail 72 year old retired great grandfather is a “pack of bones” after being ripped from a flight home to Australia to be reunited with his family after a year of being stranded in Africa during covid. The father of two, who is suffering from dementia, was desperate to...