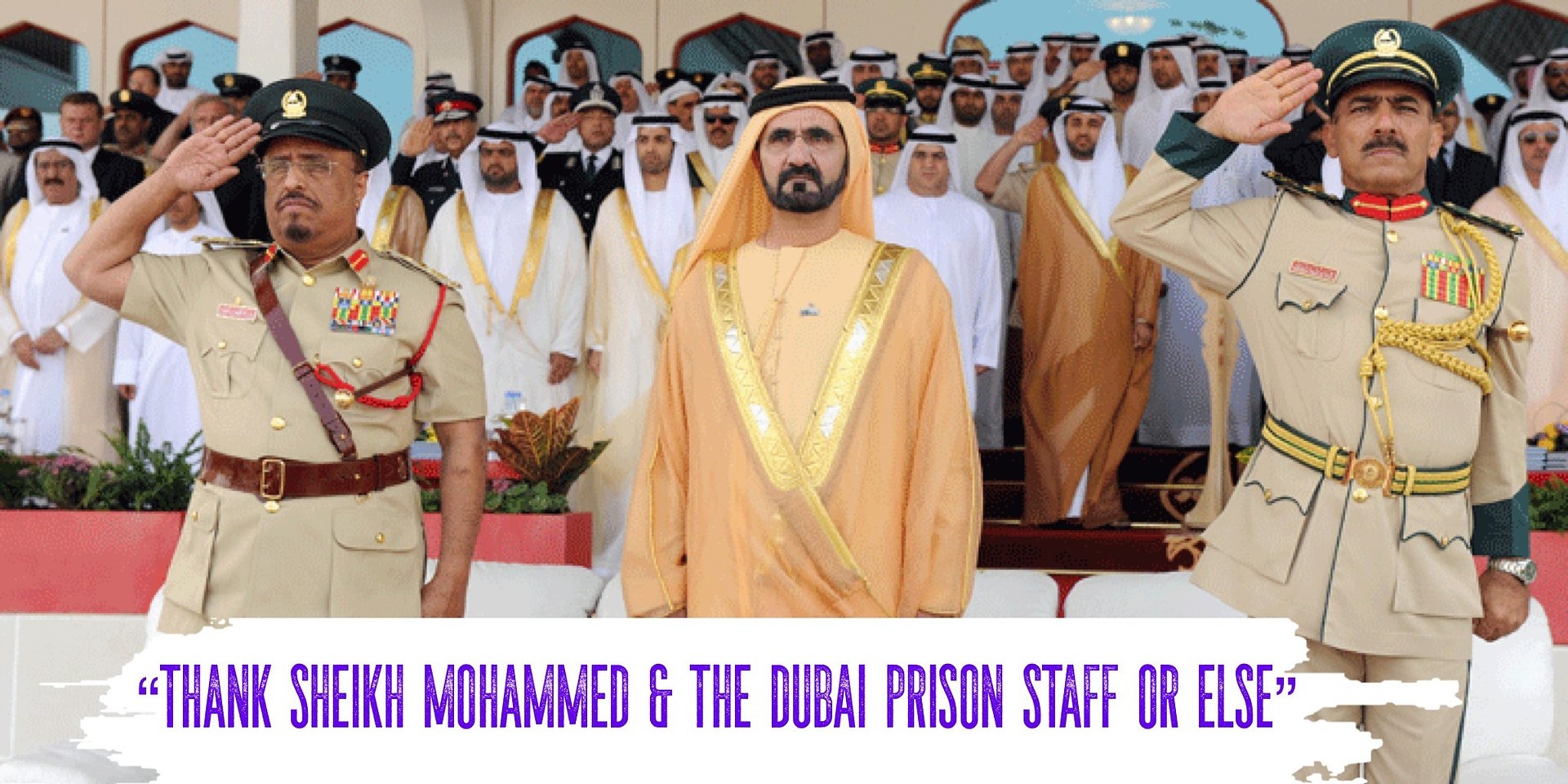 A British national has been admitted to a Dubai hospital for surgery to repair a dislocated shoulder sustained in prison, after being incarcerated over bounced cheques he didn’t write. Londoner Albert Douglas, 60, was handed a £2.5 million fine after his son Wolfgang's company failed in 2019, despite committing no crime and having no role with the firm. Albert lost an appeal and tried to flee the prison with the help of people smugglers, but he was caught at the border and given a three-year sen

Albert Douglas has been unfairly detained in Dubai over bounced cheques he did not write. Although forensics have proved he did not write the cheque, Albert remains in prison with new criminal cases piling on. Due to his detention, his own business has now failed, leading to more criminal charges being levied against him. “It’s a dangerous spiral and as it stands, Albert faces the rest of his life in prison for crimes he did not commit. How can any reasonable person, politician or company, promote the UAE as a safe place to invest in or visit. It is unsurprising that the European Parliament has voted to boycott Dubai’s expo”, said Radha Stirling, founder of Detained in Dubai and Due Process International who has been helping the Douglas family.

Our organisation has consistently highlighted the systematic human rights abuses of the United Arab Emirates for more than a decade.  The UAE is a country in which due process and the rule of law are non-existent, torture is routine, forced confessions are the norm, ...

Albert Douglas has been beaten, deprived of his heart medication and forced to drink from a toilet in his months-long ordeal. Baroness Whitaker and Andy Slaughter, MP have called for sanctions against the UAE and an increase in travel warnings to British citizens. The Douglas family and Detained in Dubai have criticised the British Foreign, Commonwealth & Development Office (FCDO) for prioritising trade and investment deals over the human rights of their citizens.

Albert was transferred to hospital last week for surgery after a prison doctor was shocked that he had been enduring a painful dislocated shoulder for five months.
During his stay, Prisoners Abroad confirmed the FCDO was denied access to visit him in hospital but that they had tried.
60 year old Albert told Wolfgang, his son, that he was chained to his hospital bed when two CID agents with machine guns walked in along with a senior officer who was clearly in a position of power. “Mr Douglas, we have a problem”, said the officer, “Your son is saying you are being mistreated”. Albert replied “Yes, I’m lying in bed with a broken shoulder from prison guards. His words are right.”
The officer continued, “Who is going to pay for the surgery?” Hospitals in the UAE are expensive and payment must be made before leaving the country. “It is not unusual for foreigners to be detained over their inability to afford emergency hospital treatment,” added Ms Stirling.
Albert asked why he would pay and was met again with “Are you going to pay?” Frustrated now, Albert replied “You’ve taken my money, frozen my accounts, taken my property, how am I going to pay you? I’m in prison! You expect me to pay for you hurting me?”

For media purposes, if you will thank Sheikh Mohammed and the Dubai prison authorities for taking such good care of you, we will cover this bill”.

Sheikh Mohammed demanded videos from Hervé Jaubert when he was abducted from US flagged yacht, Nostromo in 2018.

“We have an option”, the officer said as he brought a camera into the room. “For media purposes, if you will thank Sheikh Mohammed and the Dubai prison authorities, we will cover this bill”. Stirling said “the demand for a propaganda video adds weight to concerns that Princess Latifa’s recent European ‘holiday’ photos were coerced.”

Albert refused to participate in a propaganda video but they wouldn’t stop, “Look I’m going to go out of this room, think about it. You make a video just for our internal media purposes or option 2, well you wont like option 2”. He then returned with six guards.
After Albert’s previous treatment and resistance to attempts to have him falsely confess to crimes, he became nervous, “You’re intimidating me, I’m not going to make a propaganda video. I’m not going to do it, just do what you’re going to do to me, just get it over with”. Albert reconciled that he would likely be further abused or mistreated, perhaps starved or beaten, but he was not going to do what they asked.

“Look, this info is coming out that you’re being mistreated.  It would be easier for you if you would just make a video”.

He took another camera out and took a picture of Albert in bed approximately between 2-3am. “It was just pure intimidation”, Albert told his son.
Celebrities and politicians are now calling for the UK to follow the EU’s resolve to boycott the Dubai Expo. Stirling called on the British government to follow suit, “Our organisation has consistently highlighted the systematic human rights abuses of the United Arab Emirates for more than a decade. The UAE is a country in which due process and the rule of law are non-existent, torture is routine, forced confessions are the norm, persecution of women, minorities, academics and journalists is standard procedure.
“This decision by the EU Parliament will send a strong message to companies around the world that the UAE is, in fact, a despotic state where neither their investments nor their very lives and freedom are safe.
“The UK needs to follow suit.”

Gulf in Justice Podcast with Wolfgang Douglas and Radha Stirling

The family has set up a website to support #FreeAlbert:

Albert Douglas, wrongfully detained in Duabi and subject to grave human rights abuses within the UAE prison system. #FreeAlbert is a campaign solely dedicated to getting Albert home and ending torture in the Emirates.