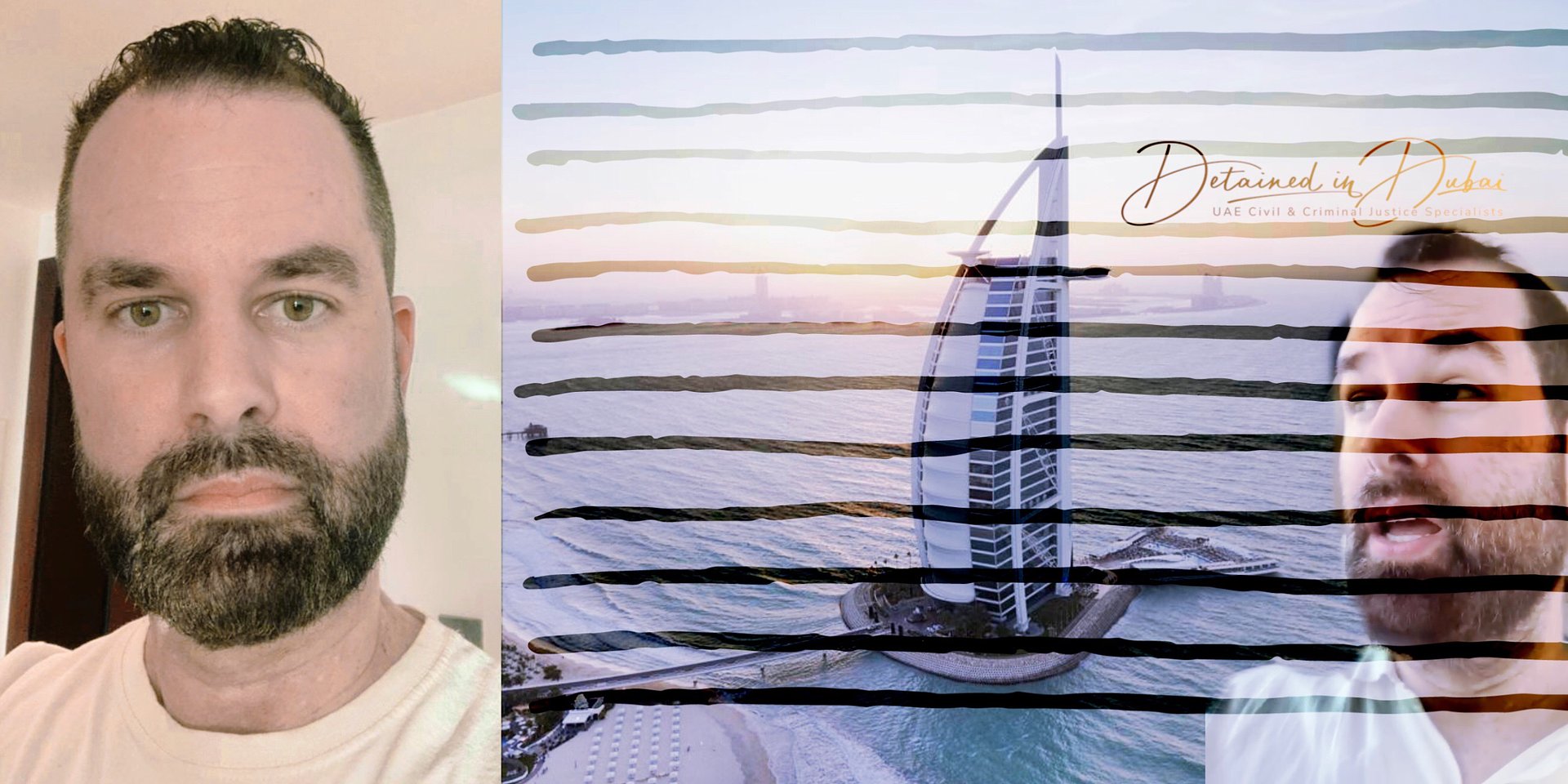 Ramadan started on Tuesday in Dubai, a time where prisoners are often pardoned and released.  But for most foreigners intertwined with the Emirati judicial process, this simply adds to the inherent delays.  Peter has been held in the UAE for almost two months after a routine test at hospital found trace elements of hashish in his body.  Trace elements can be present in the body for up to around two months after consumption.

“Peter was called by the police several times and asked to attend in person but seemingly, it was only to arrange a covid test for him.  It has been a rollercoaster ride for Peter who has been told false information from the beginning”, said Radha Stirling of Detained in Dubai and Due Process International, who is representing Mr Clark.

"We have contacted the US Consular service in Dubai to request their assistance, as well as Peter’s Senators and Congressional representatives in Las Vegas, Nevada.   The US government needs to act to protect their citizens who are unfairly detained abroad, particularly in the UAE.  We have just sold $23 billion worth of weapons to a nation who has no qualms about extrajudicial criminality.  The UAE was reported just last week to have hacked US citizens, including myself, legal opponents and human rights critics.  We have serious assaults against US citizens, abduction of US citizens, and the attack of a US flagged yacht at sea.  It’s time the United States took these offences seriously.  We have just reported a range of offences to the FBI, following a Daily Beast investigative report.

"The fact is, Peter’s case is not uncommon and the US must insist the UAE review its laws and arrest procedures to make it safer for US citizens.   The UAE spends hundreds of millions on lobbying and marketing efforts in the US to attract to their 'glitzy tourist paradise’ but when they arrive, they face unfair and lengthy detentions, forced confessions and even torture. The UAE’s willingness to violate international treaties, laws and standards has unfortunately been encouraged over the past decade.  Serious Iran sanction violations, human trafficking and arms smuggling reports were submitted in DC to the House and Senate, as well as to the State Department of then Secretary Hillary Clinton, but the UAE’s bank book and lobbying presence managed to suppress the wrongdoing.  That suppression has given the green light to the UAE to act criminally and recklessly with an emboldened sense of impunity.

“We are preparing further reports of such violations that clearly warrant action.

“Peter Clark, has been held in Dubai for almost two months.  He’s struggling.  Being detained in a foreign country that you had only planned to stay for a few days, is daunting and it’s costly.  Peter was there to look at investment opportunities.  He doesn’t know anyone there and is stuck on his own in a hotel room while awaiting his fate.  This is an extremely traumatic experience for anyone.  They have no idea what is going to happen to them, if they are going back to jail, if their life is ruined.  It’s even worse for those who have committed no crime, like Peter.  Family man Andy Neal was detained for over a year in prison, before being exonerated.  These are not experiences that people can get over quickly”.

Stirling has assisted a number of Americans faces persecution in Dubai.  David Oliver was held for small bank debts after he suffered a stroke.  Najib Khoury and Oussama El Omari were both wrongfully placed on Interpol, while Hervé Jaubert was abducted from international waters and brought to the UAE to be interrogated.  “There is a disturbing pattern”, added Stirling, who founded the organisation in 2008 and who has helped in more than 15,000 cases of injustice.

Peter Clark, 51, from Nevada, is hopeful he will be home soon.  “I haven’t done anything wrong.  Who would ever think you could get arrested for marijuana residue found in a drug test, from long before you ever travelled?  This means anyone who has consumed hashish in the past couple of months could be arrested.  How does that make sense?  This whole situation has been really tough.  I was only supposed to be here a few days.  I have no idea what is going to happen, whether I’ll end up in prison a year like Andy Neal, or whether I’ll be deported.

“The longer I stay here, the more nightmare stories I see.  It’s very concerning.  The Embassy has been of no assistance and members of congress and senators have not yet responded to my pleas for help.  I am not stunned, but I am disappointed that my country allows this”.
Original Press Release and background information here:

Connor Clements, a young British man who was arrested in the UAE for traces of medical marijuana that were left in his system after legally taking it in the UK, has been dealt another blow. Connor has a medical form from John Lycett Green, the founder of Medical Marijuana UK explaining that Connor was legally taking Sativex spray and CBD Oil for anxiety. Mr Green advised Connor to get a stamp from the British Embassy on the form, but so far the embassy has not responded to the request. This is i

“Nevada resident Peter Clark, from California, was finally freed from Dubai after his 2 month ordeal which cost him $50,000.  Peter was deported late Tuesday night on a flight via Doha to New York.”.