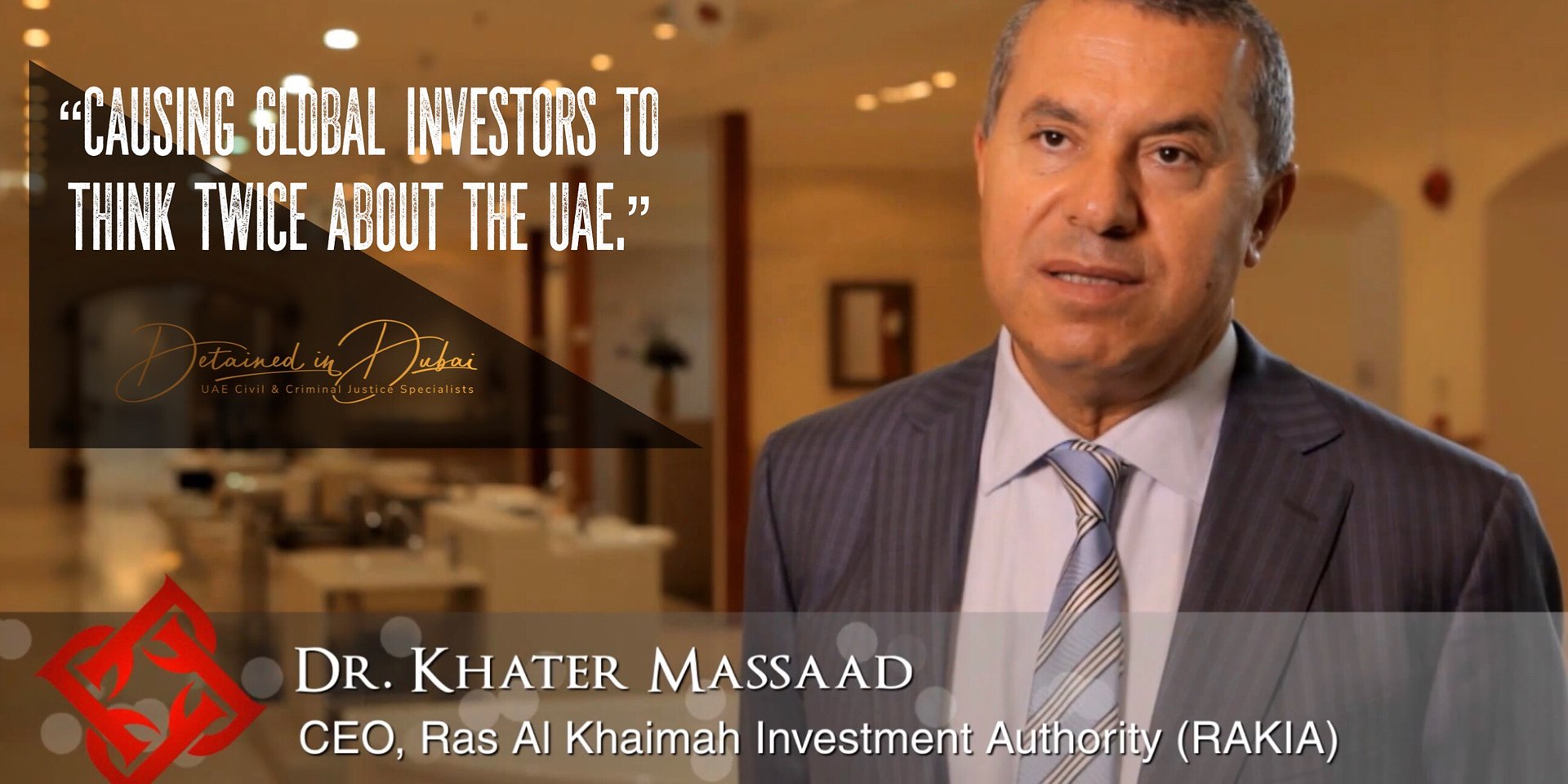 A current case against Khater Massaad by Ras Al Khaimah being tried in Bangladesh is causing global investors to think twice about the small northern state in the UAE.  The government of Ras Al Khaimah, under Sheikh Saud bin Saqr al Qassimi has been waging a relentless campaign against everyone who put the tiny emirate on the map.

Khater Massaad, the one-time “Golden Boy of the Northern Emirates”, the architect of Ras Al Khaimah’s Free Trade Zone and Investment Authority, has been pursued for years by Sheikh Saud in a paranoid campaign of lawsuits and disinformation.  Claiming that Massaad, who secured billions of dollars in investment for the backwater emirate of RAK, had embezzled funds and mismanaged the Investment Authority, all because Saud suspected Massaad of sympathising with Saud’s brother, Sheikh Khalid, who was challenging him for the throne.

RAK brought cases against Massaad in Saudi Arabia after he left the UAE, only to later admit in court that they had no evidence against him.  The cases were dismissed, but Saud launched them again in his own courts in RAK where he could control the outcome.  As a result, Khater Massaad’s assets have been frozen, and his current investment projects in Bangladesh have been halted as courts in Dhaka adjudicate the claims.

“We have heard from dozens of investors who are deeply disturbed by Sheikh Saud’s behaviour,” says Radha Stirling, founder of Gulf Investment Monitor and CEO of Detained in Dubai.  “Khater Massaad’s projects in Bangladesh have no connection whatsoever with Ras Al Khaimah, and global venture capitalists find it outrageous that Sheikh Saud is allowed to continue interfering with businesses around the world simply because an investor once worked for him.  It appears that the RAK ruler believes anyone who created profitable projects inside the emirate should not be permitted to prosper outside the emirate, and that they do not even have a claim on any money their RAK projects may have earned.”

Stirling, whose organisation, the Gulf Investment Monitor, provides risk assessment and guidance for foreign investors in the GCC, has issued an alert to the international investing community to avoid Ras Al Khaimah at all costs.  “Since Sheikh Saud’s seizure of power 10 years ago, and his purge of the emirate’s investment bodies, not only has there been grave mismanagement of funds, multiple breaches of contractual agreements with global partners, and increasing instability of Saud’s regime; his vindictive and volatile behaviour has led to a growing brushfire of lawsuits and counter-suits around the world the cumulative effect of which has been to form an impression that Ras Al Khaimah is a despotic and dangerous destination for global capital.”