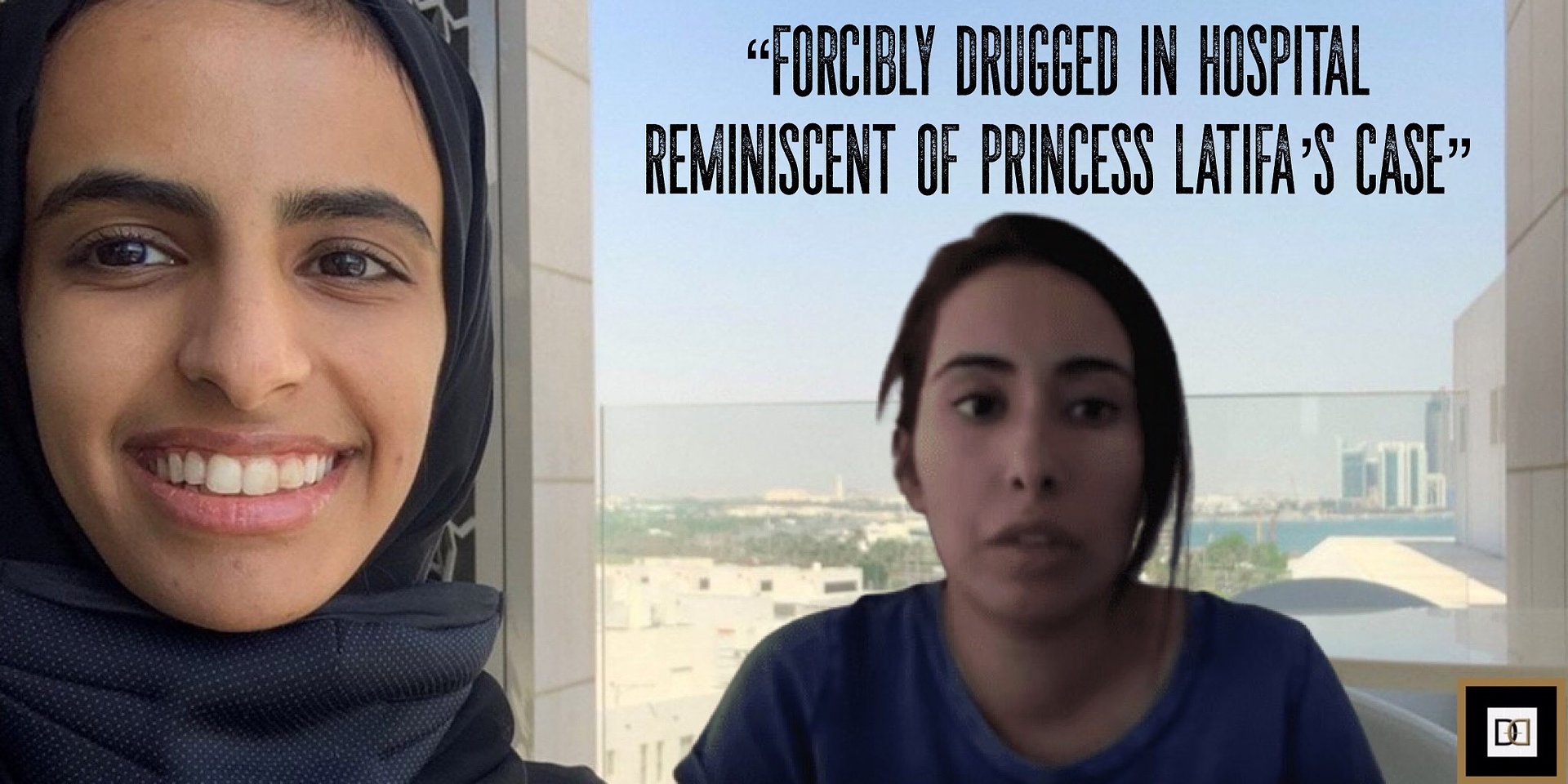 The 23 year old women’s rights activist was living in exile in Cardiff when she agreed to return to Qatar after authorities promised she would be safe. While some news reports have suggested she was executed, reports have indicated she is being forcibly drugged and held in a hospital against her will.
Radha Stirling, CEO of Due Process International and Detained in Doha, represented Princess Latifa after her capture and forced return to the UAE. Stirling has advocated for a number of women fleeing dangerous situations in the Middle East. Dua and Dalal fled from Saudi while Rahaf Mohammad became a Canadian resident after a worldwide campaign saw her live streaming from a barricaded hotel room in Asia. Emirati woman, Hind Al Balooki was helped by Detained in Dubai. “Hind is enjoying her life in Europe now but others have not been so lucky”, said Ms Stirling, “Sheikha Shamsa Al Maktoum and her sister Sheikha Latifa were both forced back to the UAE and many other girls have disappeared off radar completely, leaving grave concerns for their safety”.
Detained in Doha was founded to help people facing injustice in Qatar, a tiny country that has managed to avoid the substantial criticism that neighbouring UAE has attracted over the past decade. “The lack of criticism is directly tied to the lack of tourism. Dubai has certainly dominated the gulf region in that area but with FIFA 2022 coming up, we are likely to see an increase in legal and human rights issues.

Radha Stirling, founder of Detained in Doha, an organisation who assists those who face injustice in Qatar, issued a statement on the detention of Australian nationals who have been held without charge since July. Stirling, who founded Detained in Dubai in 2008 and the ...

“Noof Al-Maadeed was allegedly promised protection by Qatar authorities if she returned to the country. Noof had fled Qatar and sought asylum in the UK before a TikTok video of her activism went viral. Perhaps feeling homesick and trusting the authorities, Noof returned to the country she had fled from. While some rights groups have accused the Qatari authorities of executing her, witness reports have alleged she is being forcibly held in hospital and drugged. If true, this would be very close to what Latifa described in her testimony against UAE authorities.

“If Qatar wants our partnership, give us back our citizens”

“Qatar has a history of mitigating negative press, trying to cover up damaging PR like the princess sex scandal they branded ‘fake news’ or the allegations of funding terrorism they also branded ‘fake news’. After a years long blockade, Qatar has succeeded at deflecting negative media by denying allegations completely while investing heavily into academics, policy influencers and the media. In fact, they have spent double the UAE’s expenditure on investments in the UK.

Qatar offers up Asian and African workers like real life slaves. It is a kin to human trafficking when someone like Jonnadula agrees to take a job as a chauffeur then ends up forced to work a hard labour job without his consent. He is not allowed to leave the country, his employer holds his passport and work permit, treats him awfully and doesn’t even provide basic health and nutrition. 28 year old Indian Jonnadula Maruthi Prasad says he was duped into working in Qatar, now he wants to go home b

Behind the FIFA 22 preparations, rests a country who has quashed scandal, ignored human rights complaints and even been commended by organisations like Human Rights Watch and Amnesty International. “To investors and skilled expats, Qatar appears at first glance to have a more developed legal system than the UAE”, says Stirling, “but this is far from the truth. Given Qatar’s resilience to media criticism and their substantial investment into foreign countries, Qatar is actually more dangerous to professional expats. We have seen family law battles in a misogynistic legal system, ill treatment towards migrant workers where they have described being regularly beaten by their employers, deprived of wages and forced to remain in Qatar with no possibility of going home. I’ve personally heard the desperate plea of a beaten and abused worker who wanted nothing more than to leave, even if that meant abandoning any money owed. He tried to tell the police, they didn’t care and nor did the Indian Embassy. It was a common story. 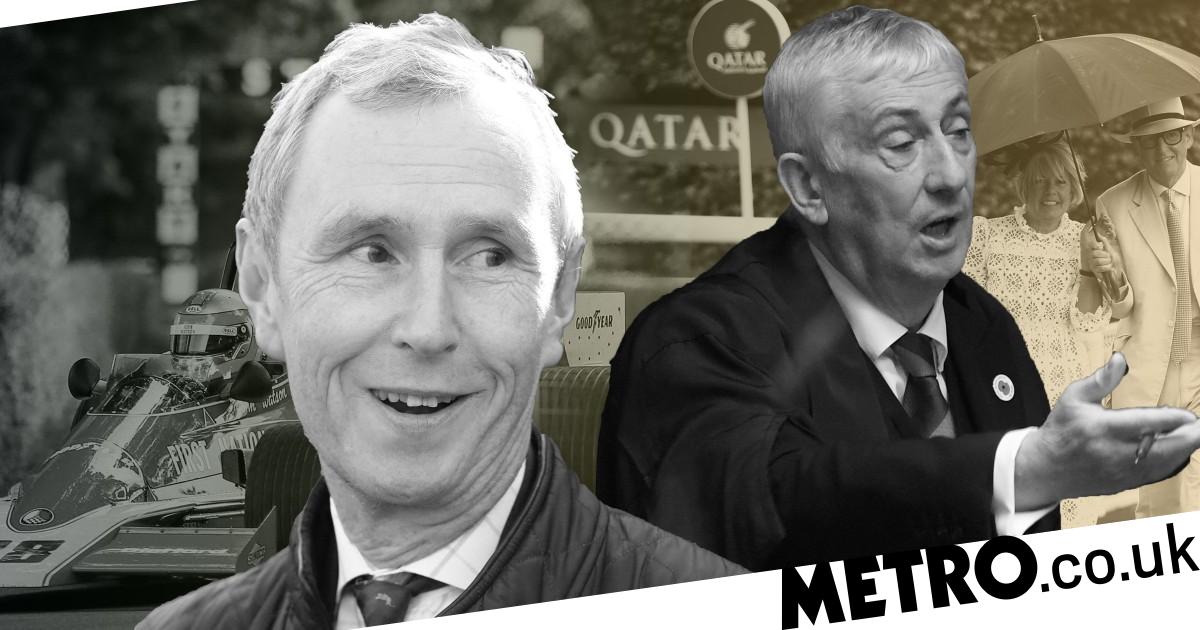 MPs enjoyed thousands of pounds worth of hospitality from Qatar during the ‘Glorious Goodwood’ festival of horse racing. The four members were hosted by an equestrian club with close ties...

“Then we have skilled expats like Ranald Crook, Joseph Sarlak and Jonathan Nash who have been locked up in horrendous conditions, deprived of medical treatment and forced to rot in the country because some VIP business associate want to play a game with them, or steal their money, company or investment. To top it off, Qatar is notorious for abusing its membership to Interpol, reporting victims to the database for debts they don’t even owe for the purpose of extorting additional funds from them under the threat of arrest in a foreign nation.

Joseph Sarlak, for the first time speaks out on his ongoing imprisonment in Qatar, denouncing the Australian government in an exclusive interview with Middle Eastern justice expert Radha Stirling. His friend Andrew Gordon believes Joe’s treatment is reflective of a society who “consider us infidels”. Joseph Sarlak is detained in the desert state of Qatar after being invited to develop an airport hanger for the government. “This would turn out to be the biggest mistake of his life,” said Radha

“Conor Howard was detained in Greece for months over an herb grinder he had purchased legally at a novelty store in Australia en route home to Scotland. Alan Stephenson spent months detained in Prague and we have a British citizen detained in Albania right now over cheques he didn’t write.
“The way Qatari authorities strip searched women on board the flight to Australia reflects their general disregard for women and human rights. Their apology and promise to improve is meaningless and we can already see, through Noof Al-Maadeed’s disappearance, that Qatar will not be improving any time soon.
“While three British nationals remain wrongfully detained in Doha, while migrant workers continue to be abused while building FIFA, while women ‘disappear,’ while expat investments are stolen, while Interpol is abused and while Qatar buys the silence of academics, media and government, people would be well advised to boycott FIFA 2022.”

“The World Cup in Doha has the potential of being the Black Friday of wrongful detentions,” says Radha Stirling, CEO of Detained in Dubai and Due Process International, “Because of the overflow of game attendees into the UAE; visitors will be subject to the brutish polic...