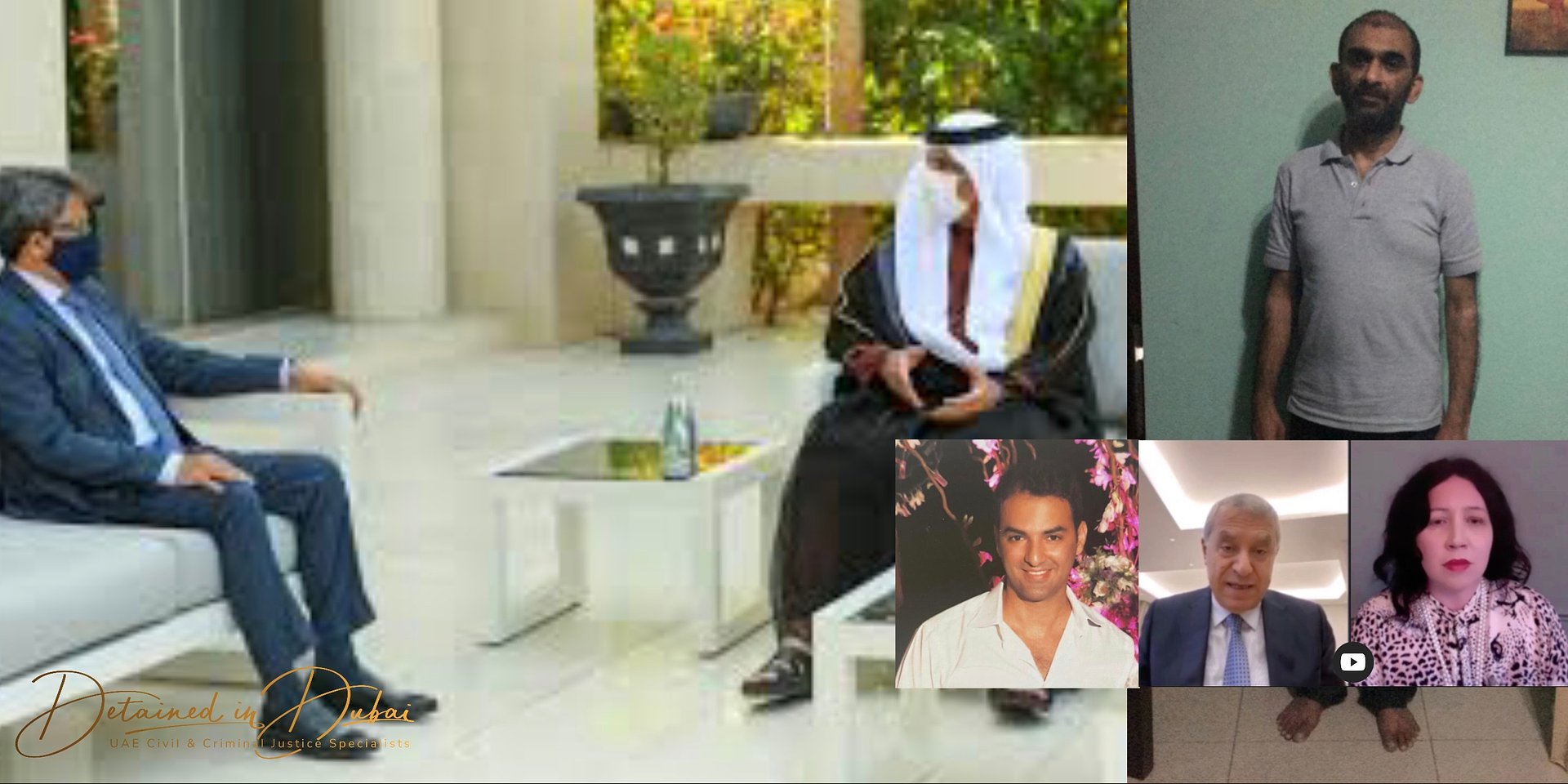 Sheikh Saud bin Saqr Al Qasimi seeks to woo Bangladesh’s Minister for Foreign Affairs, Shahriar Alam, MP in Khater Massaad case, raising egregious human rights issues
There is no doubt about it, Sheikh Saud wants money. With tourism and investment on the decline, with no oil to drill in the emirate of Ras Al Khaimah, with allegations of human rights abuses and torture, RAK is not the glorious well marketed destination Saud had envisaged when he seized the throne ten years ago.

“It was nothing short of shocking to see the UAE hand over British national Christian Michel immediately upon India’s unlawful attack of a US yacht”, said Radha Stirling, CEO of Detained in Dubai and Due Process International, who represents Sheikha Latifa Al Maktoum...

Although his advisor, Swiss National, Dr Khater Massaad, put the emirate on the map and generated billions as the CEO of RAKIA and RAK Ceramics, Sheikh Saud wanted his money too, initiating a series of false allegations against him, ostensibly designed to seize his assets. Several times, Massaad has removed his name from Interpol’s database, a tactic designed to harass and extort funds from victims. Sheikh Saud failed in extradition requests and civil lawsuits taken in Saudi Arabia due to a lack of evidence of any wrongdoing. After failing to prove his case, Sheikh Saud ordered his own personal courts in Ras Al Khaimah to issue legal judgments against Dr Massaad, which he is now using to circumvent due process, and apply for Bangladesh to transfer Massaad’s Bangladeshi interests to the ruler.
Radha Stirling, CEO of Detained in Dubai commented on the case,“This is an outrageous violation of due process. Sheikh Saud has attempted to push through his own without-merit legal judgments, without a court considering the actual facts of the case. He has already failed in other jurisdictions and is simply shopping for a friendlier ally to enforce his fake judgments. In the evidence bundle submitted to Bangladesh, he includes a witness statement from lawyer Karam Al Sadeq, a Jordanian national who is being unfairly jailed by the Sheikh and has sued him in the UK for this very same forced confession. It is almost unbelievable that Sheikh Saud would rely on evidence that has been, according to the lawsuit, the result of human rights violations and torture. It is even more ludicrous if the Bangladeshi courts permit such evidence to be considered.

This case is now about human rights. Sheikh Saud’s agents have been accused in an English lawsuit of torturing his witnesses in order to gain statements from them that he can use in his attempts to seize money that is not even owed to him, that no court should allow. If Bangladesh allows this litigation to continue, they will be supporting this absurd cycle of egregious human rights violations.
“The Ras Al Khaimah ruler appears to be seeking a quid pro quo arrangement with Bangladesh, for the transfer of Khater Massaad’s assets. If Bangladesh allows the emirate to circumvent natural justice, and allow evidence from torture victim Karam Al Sadeq, to be considered by their courts, they will encouraging the systematic abuse of foreign nationals in the emirate of RAK.

“Shahriar Alam, MP needs to be aware of the implications of supporting the authoritarian ruler. Not only will it be supporting human rights violations, but any encouragement of the circumvention of due process, will render Bangladesh an unsafe place for investors”.