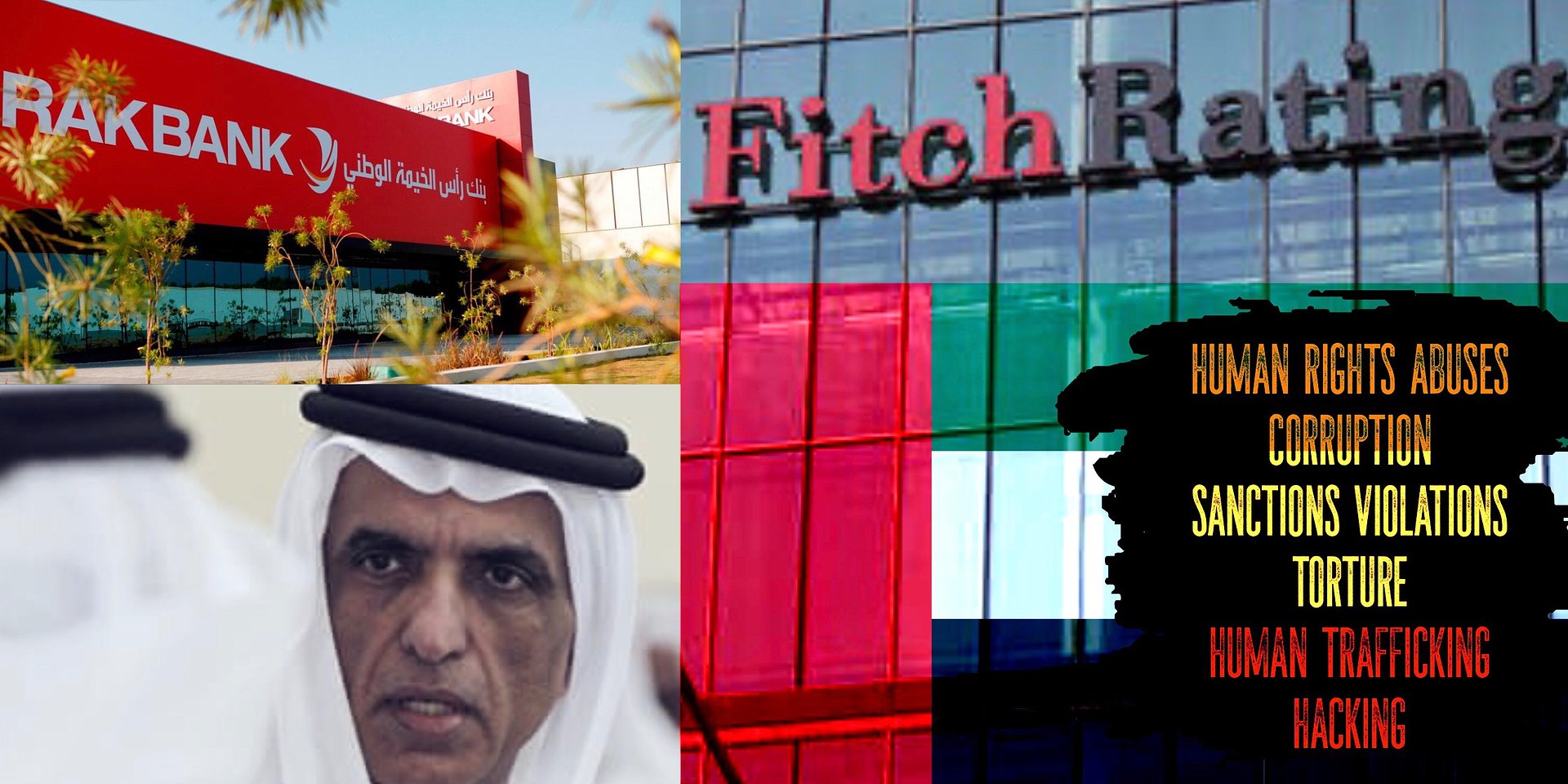 Ras Al Khaimah has undeserved 5* rating from external ratings agencies like Fitch, but Due Process International is raising major issues to the agency in advance of their next review.

It has already been a turbulent few years for the UAE; since the 2018 dramatic escape and capture of Princess Latifa, daughter of Sheikh Mohammed bin Rashid Al Maktoum and her ongoing captivity, things have only gotten progressively worse. More royal scandals erupted, including the divorce and child custody battle between the Dubai Ruler and his wife, Princess Haya, following her own escape from the Emirates in 2019. However, Detained in Dubai CEO Radha Stirling warns that a storm is approaching on the UAE’s northern shores as investigations into Ras Al Khaimah bring disturbing new information to light. “We have been aware of serious wrongdoing and legal abuse by the government of Sheikh Saud bin Saqr Al Qassimi in Ras Al Khaimah for quite some time, but we have recently uncovered details about the regime that will completely shatter the UAE’s image internationally, and could profoundly alter American and European foreign policy towards the Emirates,” Stirling said.
Ras Al Khaimah is a lesser known emirate in the UAE, less developed than Dubai and Abu Dhabi, it has no oil and has sought to create a more diversified economy and to attract foreign investment to gain global relevance. Stirling explains that a current case led her organisation to take a closer look at RAK, and after over a dozen years dealing with injustice in the UAE, she said that even she was not prepared for the level of corruption she discovered.
“Sheikh Saud is currently persecuting Dr. Khater Massaad, the man who built RAK as an investment hub since the late 1990s. Though we have been involved in numerous cases connected to the Ras Al Khaimah Investment Authority (RAKIA) and the Free Trade Zone, such as the grave human rights violations against Karam Al Sadeq and Jihad Quzmar, the slander and intimidation of American Oussama El Omari, and many other cases; when we looked into the situation of Dr. Massaad it opened up a wide labyrinthine web of corruption that resembles an organised crime outfit more than a government,” Stirling explained.

Khater Massaad is the former head of RAKIA who was driven out of his role following Sheikh Saud’s purge of all top investment officials after he assumed power. Massaad’s assets were frozen in Bangladesh as a result of a RAK court decision, despite the case having been earlier dismissed by Saudi Arabia for lack of evidence. Litigation is underway in England against Sheikh Saud over alleged human rights abuses against Al Sadeq and Quzmar, both former officials in RAK’s investment and finance sector. El Omari is suing RAK in the United States for a number of issues, including wrongful prosecution and Interpol abuse.

Without revealing the full details of what her organisation found, Stirling noted that the findings of previous independent investigations appear to have been suppressed. “We are not just talking about wrongdoing committed on the orders of Sheikh Saud, like the alleged torture and intimidation by international law firm Dechert carried out on behalf of the government, we are talking about serious criminal conduct by Sheikh Saud himself, and the potential collusion of high-ranking American and international officials to hush-up the abuses and side-line investigations.”

Embattled American law firm Dechert must provide documents and testimony to the legal team of Karam Al Sadeq pertaining to the conduct of Dechert UK and three of their current and former lawyers, who are currently being sued in London for torture and human rights abu...

Stirling cautioned that investors and business people should not be misled by RAK’s positive ranking by ratings agencies like Fitch, saying that such appraisals will need to be seriously reassessed. “RAK is not a stable destination for global capital, it is a despotic and dangerous place where the ruler has absolute control over the courts, zero accountability, and complete authority to breach contractual obligations, seize companies, detain and torture foreign citizens, and violate treaties. At a certain point, ratings agencies are going to have to be honest in their evaluation of RAK, for the sake of their own credibility with investors. There have always been problems with conflict of interest when a state or institution is paying an agency for an assessment because, of course, the agency knows the client wants a positive result, and that they are unlikely to commission future evaluations if they do not get what they want. RAK has been able to piggyback on the positive image of the UAE built largely by Dubai and Abu Dhabi’s trade and investment policies; but if it is assessed purely on its own merits, no reputable agency could deem RAK a friendly destination for foreign business people,” Stirling said, “We are reaching out to Fitch, Moody’s, and Standard & Poor with our concerns about RAK, and are urging them to make a more realistic assessment.”

Sheikh Saud’s abuse of power spans the globe, Stirling said, “There is evidence of corruption, bribery, malicious hacking, extortion, arms trafficking, human trafficking, violation of international sanctions, sexual assault, and even a suspicious death. We are in communication with dozens of relevant officials, politicians, and institutions in the United States and Europe to alert them about our concerns and to convey the information we have uncovered. We will be releasing details in the coming weeks regarding both our findings and the steps we are taking to ensure that Sheikh Saud is properly investigated and subject to international accountability.”